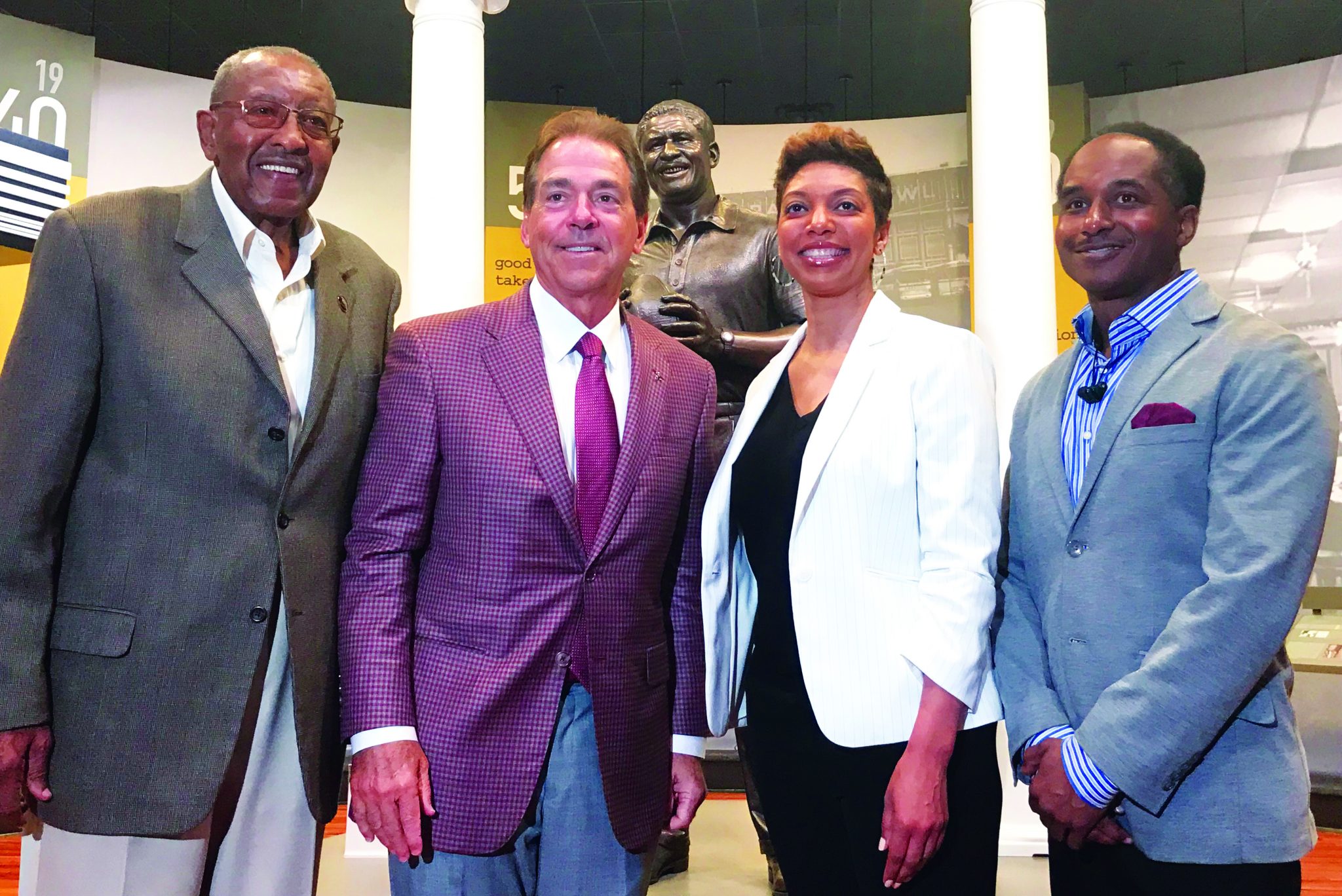 Saban, who was the 2003 and 2008 Eddie Robinson Coach of the Year recipient, became the second college football guest speaker of 2019 to participate in the “Legacy Keepers: Preserving the Eddie Robinson Playbook” series. Tuesday’s Town Hall event was presented and sponsored by Hunt, Guillot, and Associates and Hunt Forest Products, LLC.

The Crimson Tide head coach arrived on campus shortly after noon with a police escort, where he was met outside the museum by the World Famed Marching Band. He entered the museum and took some photo opportunities in front of the Eddie Robinson statue with key members of the Eddie Robinson 100th Anniversary Committee, along with other key dignitaries, before heading into the reception room for the Town Hall event.

“I think people like Eddie Robinson and (Paul) Bear Bryant probably did things that were so much more important to society, in terms of the opportunities that they created, probably the integration of the South, which is one of the greatest things anyone can be involved in,” Saban said. “I’m just so pleased and honored to be here as part of Coach Robinson’s 100th birthday.”

Saban and Grambling State head coach Broderick Fobbs participated in a Question and Answer session for a half hour and the eight-time Southeastern Conference (SEC) Championship coach talked about one of his greatest memories about the legendary Coach Robinson.

“When I was a young coach and just starting out, Coach Robinson spoke at one of these clinics we had,” Saban said. “The impact that he made was outstanding. He talked about humility and how important that was to be successful and being able to stay focused on the things that you needed to do to be successful. He talked about not being satisfied and treating people the right way. It was something that imbodied so much class in the way he spoke and carried himself. That was my first and greatest impression that I have – lasting impression – of Coach Robinson.”

After the Q and A session, Saban took three questions from the audience before the event concluded.

“We were very excited to have Nick Saban, a coach who I read a lot about and study his coaching philosophies, on our campus,” Fobbs, who met Saban at the airport and accompanied him to campus, said. Coach Saban is such a well-respected coach across the nation. It was an honor to have him on campus, not just to see Grambling State, but to see the history and legacy of what Eddie G. Robinson has built.”

Saban, who earned the Eddie Robinson Coach of the Year Award at LSU and Alabama, became the first coach in college football history to win a national championship with two different Football Bowl Subdivision (FBS) schools since the inception of the AP Poll in 1936. Saban and Paul “Bear” Bryant are the only coaches to win an SEC Championship at two different schools.

In 2013, Saban was inducted into the Alabama Sports Hall of Fame and is considered by many to be the greatest coach in college football history.

He currently is tied with Bryant (six) for most major college football national championships for a coach in the modern era.