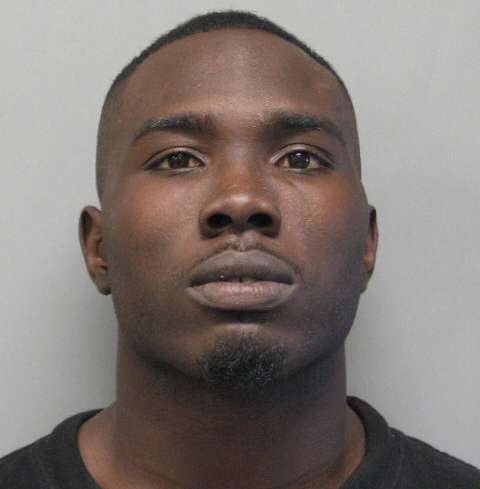 A Minden man was stopped in the vicinity of Moore Street for having green headlights.

Tqunoneon D. Mims, 24, of the 300 block of South Abney Street, was arrested Friday, May 15, and charged with possession of a stolen firearm and headlamps other than white. Bond was set at $33,000.

Police Chief Steve cropper says while Officer Chris Hammontree was on patrol on East Street, he noted a vehicle with green headlights. Hammontree initiated the traffic stop on that vehicle.

“You can’t have green headlights or blue,” Cropper said. “There are some headlights that give the appearance of blue, but these were green.”

He clarified, saying the only legal headlights are the clear bulb headlights.

Cropper says the officer “observed” signs of drug use and one of the passengers in the vehicle gave a false name.

Mims was asked permission to search the vehicle, and upon consent, Hammontree found a 9 mm handgun inside, Cropper says.

“They ran the gun and got an NCIC hit for being stolen out of Arkansas, and at that point, Mr. Mims was arrested for possession of a stolen firearm,” the chief said.

He was booked at the Minden police station and transported to Bayou Dorcheat Correctional Center.