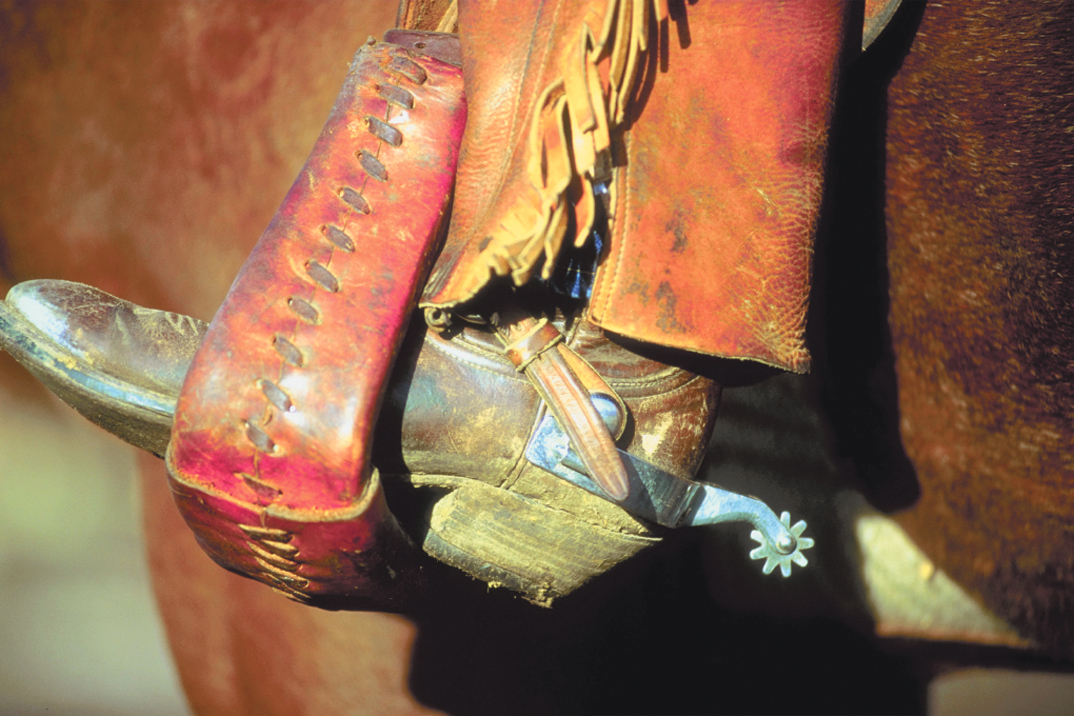 In Ringgold, just 30 minutes south of Minden, Will Lowe will ride retired former horse of the National Finals Rodeo Wise Guy, solely to raise funds for the Barksdale Wounded Warriors Association Friday, May 22.

As it is Memorial Day Weekend, anyone with a military I.D. of any kind, veterans or active military, will get into the rodeo for free. The rodeo is at 7:30 p.m., Friday May 22, and Saturday, May 23.

“The match-up is on Friday, at the end of the rodeo,” stock contractor Dustin Murray, who provides most of the animals for the event, said. “It’s the feature event.”

Wise Guy, who is owned by Scotty Lovelace, is being brought out of retirement just for this match up.

“We never bucked him more than 12 times a year and in his last five years bucking we only bucked him about eight times a year, just enough to qualify for the NFR,” Lovelace, who dotes on his champion horse, said. “One year, he blew a tendon in the short round of San Antonio, (in February), and we barely got him away from the house to get him bucked enough for the NFR that year. Every rodeo he was hauled to he was your short round, final four round, top match up kind of horse.

“He has COPD, (Chronic Obstructive Pulmonary Disease), like people get so we hardly ever bucked him after winter rodeos, till it cooled off again in fall because the heat makes it harder to breath,” he continued.

So seeing Wise Guy at a rodeo in May is a rarity and seeing him in the state of Louisiana will also be a first. Wise Guy was retired at the 2013 NFR in go round one when Caleb Bennett won the round on him- it was the ninth round won on Wise Guy at the NFR and hasn’t been bucked since.

“I’m just glad Scotty is willing to buck him again. That horse loves to buck; I bet he’s tired of standing around,” Lowe said of the horse he will ride.

This will not be the first time Lowe has climbed aboard Wise Guy: the first time was in Lowe’s rookie year, 2002, when the then 19 year old climbed on him for a check in the short round of San Antonio, Texas.

“That ride kicked off my career really,” Lowe recalls. “I had him a lot since, never the same trip twice but one thing was certain, he was going to turn out of there and get after it. He’s one horse I would bet on every time. I’m just happy to nod my head on a horse like that again before he’s gone. He’s been awesome every time. I’ve driven across the United States to get on that horse numerous times. Lots of horses you wouldn’t walk across the street to get on, but this is one I’d gladly drive across Texas to get on just for fun.”

This year is the third Ringgold Round-Up and the first year it’s been a pro (PRCA) rodeo. Cody Demoss, 10-time NFR Saddle Bronc Riding qualifier and committee member, is proud of this new rodeo and hopeful for the future of the rodeo and the potential of the fairgrounds as he explains.

“Last year about 1,500 people came out to the rodeo,” he said. “We had a crawfish boil one night and a fish fry the next. Every dime we make, (besides the money people donate to the Wounded Warriors), goes back into the local riding club and fairgrounds. Last year, I got on my bareback horse, second competitor of the first event and the power went out. So this year, we had a lot of work done to make the electricity reliable. We hope to make enough money at the rodeo to get the grounds to the level they need to be to have 4-H shows and exhibits.

“This rodeo is something these people don’t get to see,” he continued. “Lots of rodeos advertise they’ll have top caliber cowboys and the guys really aren’t all that’s promised; but in this case, there will be pro cowboys there and there is a guaranteed match-up well worth the price of admission featured at the end of the rodeo Friday night. It isn’t a big town, there’re no hotels and no McDonald’s, but we try to make it worth the trip. It’s Memorial Day Weekend so it’s all about America and family. We try to make it like rodeo was when rodeo was the number one sport in America.”