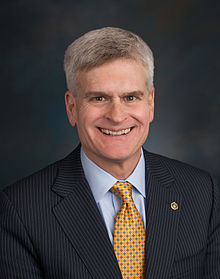 “If the Green New Deal is a dream for the left, it is a nightmare for the American people. It forces families to pay higher electricity bills, get rid of their cars, and for some, give up their jobs. Sending U.S. manufacturing overseas to higher polluting countries like China will cripple our economy and lead to increased global emissions, making the problem worse.

“I am proposing a pro-jobs approach to lowering greenhouse gas emissions through increased use and export of cleaner burning American natural gas, which is already lowering global emissions while creating jobs in Louisiana. The United States can show the world that families can have lower utility bills, a cleaner environment and better jobs.”

The vote on the Green New Deal failed 0-57, with 43 Democrat senators responding “present.”

“Americans need to know where their elected officials stand when you have Democrat presidential candidates endorsing a plan that would take away their jobs and cost the average family $65,000 a year,” said Cassidy. “The Green New Deal is not a solution to climate change, it’s an undercooked talking point to appease the radical left.”

Cassidy has aggressively criticized efforts to close natural gas plants and impose carbon tax and cap and trade policies, pointing to the environmental benefits of natural gas and the crucial role it plays in strengthening America’s national security.