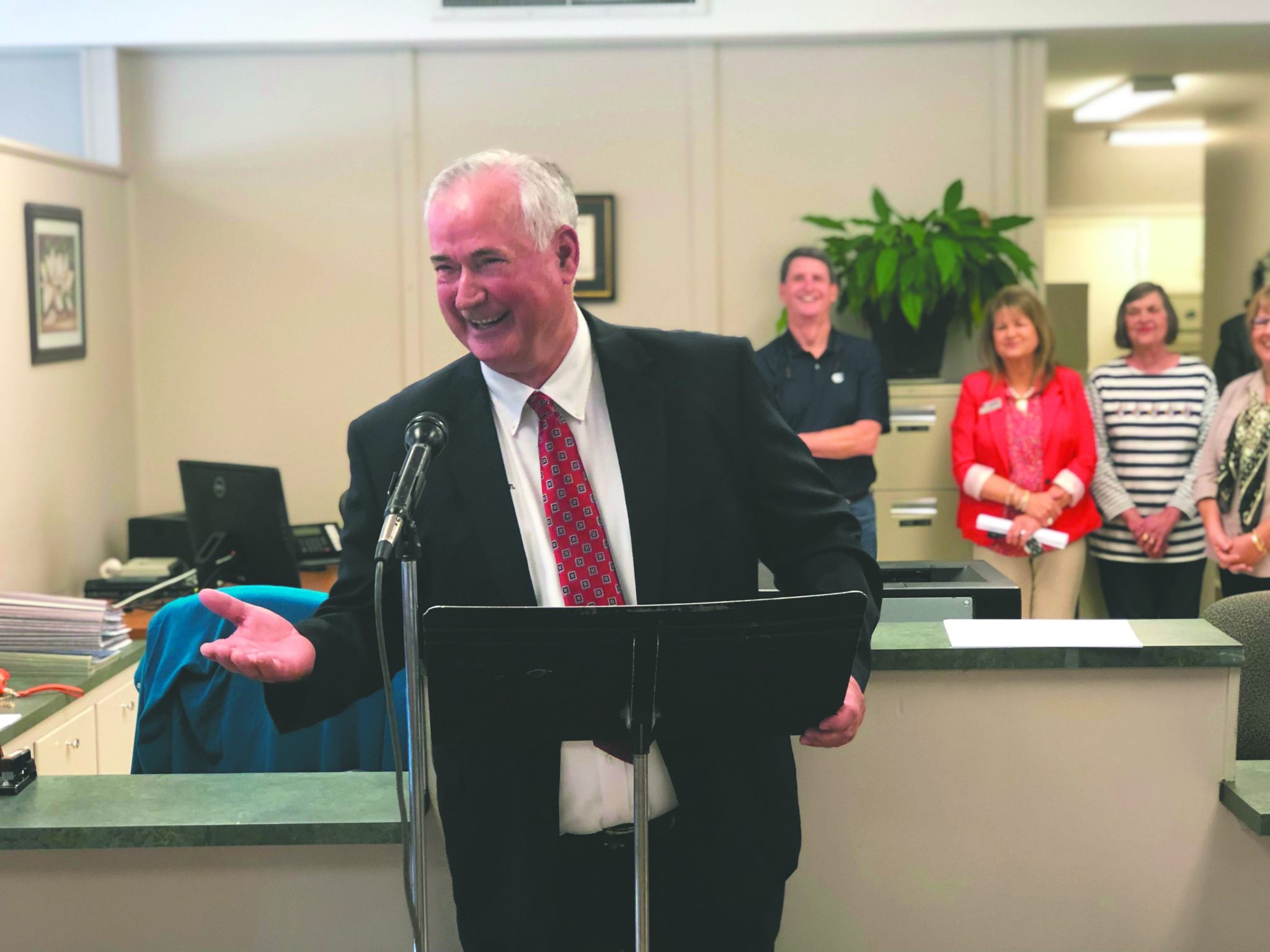 The citizens of Minden may or may not have been aware that Morris Guin, who has been the Webster Parish Tax Assessor for the past 8 years, has decided not to run for re-election in October. Guin took the time to share his thoughts about why he isn’t running for re-election, his time in the position over the past 8 years, and who he believes people should vote in as the next Assessor in the fall election.

When asked why he decided not to run for re-election, Guin said, “It was a tough decision. I’ve been at this office 16 years, I’ve been an assessor 8 years, and before that, I was a tax collector over at the Sheriff’s Department for 10-11 years. I had a birthday back in June in and I turned 73, and I said ‘if I run again I’ll be 78.’ I feel like I’ve let the Parish down by not running for re-election, but at some point, you gotta stop and enjoy what you got left.”

After explaining his reasoning for not running or re-election, Guin then started talking about his career and how the office had changed after he became the assessor.

“This job has been a blessing to me because people knew how it was one time and it ain’t that way anymore. We got it fixed. We work really hard here to try and make this a business and not a government office, and we’ve done that. Things were like 2 years behind when I took office, and now things happen that fast,” Guin said whilst snapping his fingers.

“We’ve given back 2 million dollars since I’ve been here out of the operating funds of this office because we cut costs and worked with few people. When people come in that front door, they’re coming in because they’re looking for help, and nobody knows more about taxes than we do. It’s just about treating people like your neighbors, and that’s what they are. This has probably been one of the best jobs I’ve ever had just because we have good people here who do things right.”

Guin has given a strong recommendation on who should be taking his place.

“Denice Edwards is the Chief Deputy and I’d say nobody in the parish, and very few people in the state, know as much about taxes as she does,” said Guin, “I have been totally blessed with her. I feel really comfortable leaving with Denise Edwards here because I’ll tell you that there’s no one else like her. She knows this business inside and out and sometimes it scares me thinking about someone coming in that doesn’t know, and you can’t even imagine what’s involved in this office.”

Guin went on to affirm why he believed that she was the best candidate for the job when he said, “This is not gonna benefit her one bit. She’s already maxed out on retirement, it won’t benefit her one penny as far as an increase in wages. She just knows she can do the job well, she’s like me. I’m very dedicated to the people that work here and I’m very dedicated to the people in the parish, and at the end of the day, all I want is for people to be proud of me and what I’ve done. I’ve done everything I can do here, and Denise can follow up on that. It would behoove everyone to consider her because I’ll tell you, you aren’t gonna find anyone like her, she is outstanding.”