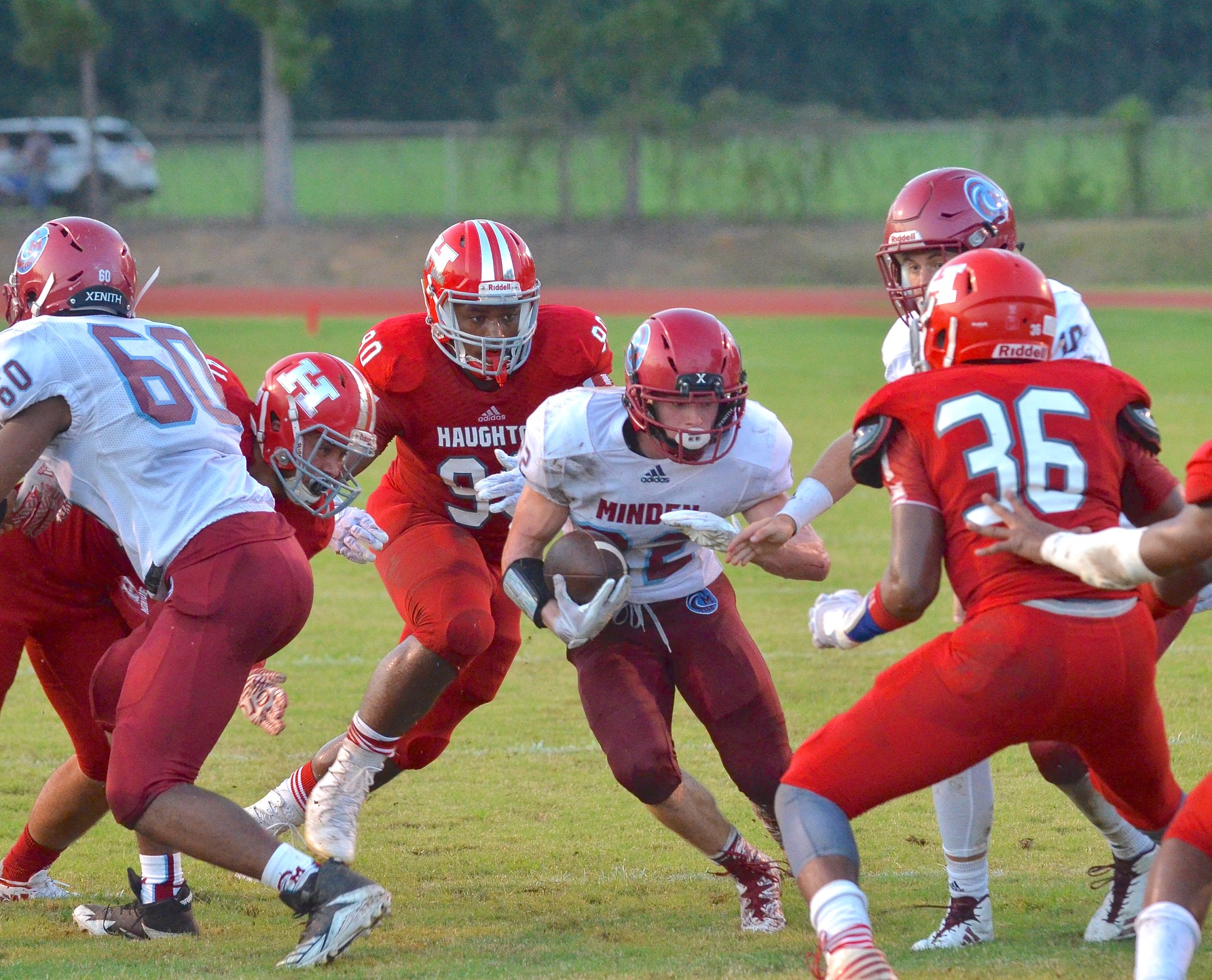 It was a tough week on the gridiron for every Webster Parish team not named Lakeside.
Let that sink in for a minute.

Everyone except the Warriors suffered a loss last Friday night and are looking for redemption. At Minden and North Webster, both teams are looking for their first victory of the season, while Glenbrook (2-1) is looking to rebound from their first loss, a 48-22 blowout against Central Private School.

Meanwhile, Lakeside must manage energy and emotions following the program’s first win since 2014.

Here’s a look at each each school’s matchup for this Friday.

North Webster: The Knights (0-1) fell to Haynesville and the Golden Tornado 19-7 in a game that came down to the wire.
Head coach John Ware leads his team into their first home game this Friday against the North DeSoto Griffins (1-0), 28-7 winners over Natchitoches Central last week.

Minden: The Crimson Tide (0-1) couldn’t have expected to fall 42-7 last week against Haughton, but head coach Spencer Heard and his team will rebound with effort and intensity regardless of the outcome this Friday when his team travels to Haynesville to face the Golden Tornado (1-0) at 7:30 p.m.

Lakeside: It was pure elation last Friday as the Warriors (1-0) snapped their 23-game losing streak with a 68-0 beatdown of Ringgold.

This Friday promises to provide more of a test, as the Montgomery Tigers (1-0) come to Sibley after defeating Grant 48-40 in week one.

Glenbrook: The Apaches didn’t perform well in their home opener against Central Private, as the Rebels provided far more resistance to Glenbrook’s running game than either of their first two opponents.

The Apaches coughed the ball up too much and didn’t tackle well, but they’ll aim to get back on track this Friday at 7 p.m. when they hit the road for Raymond, Mississippi and a date with Central Hinds Academy (1-2).

Central Hinds’ losing record comes on the heels of a brutal three-game stretch to open the season, so Glenbrook is in for another stiff test.