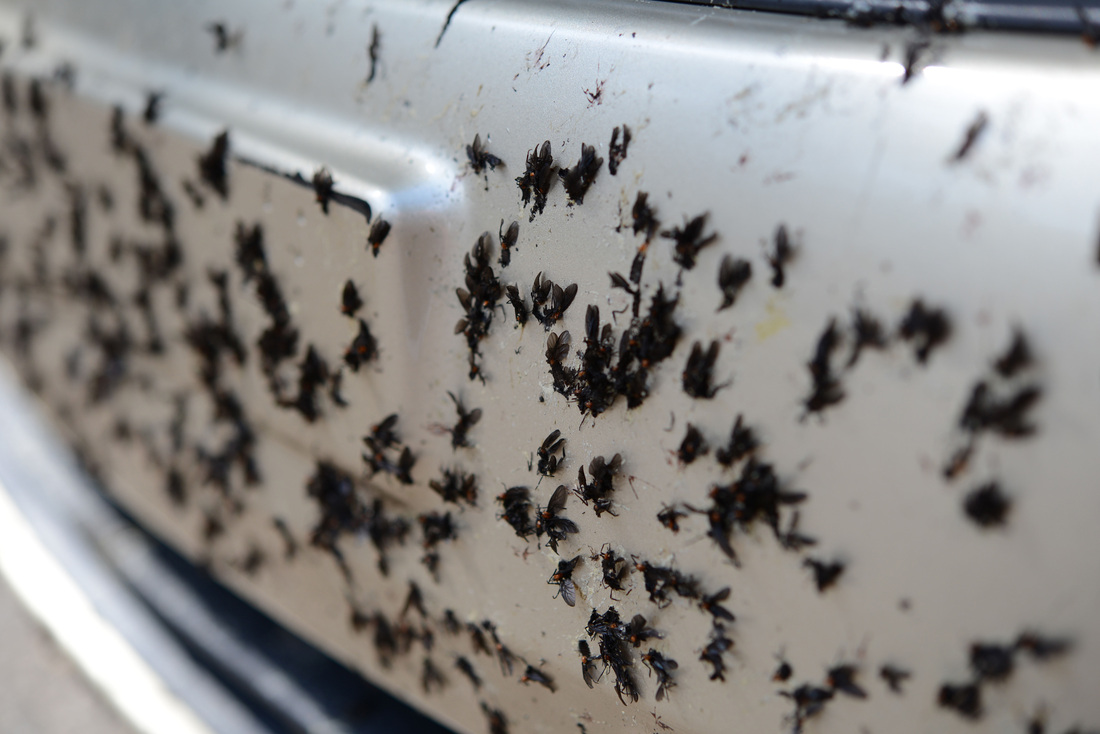 SHREVEPORT — There are just loads of lovebugs in northwest Louisiana this summer, flying around in couples and getting smeared onto cars and trucks.

A cool, wet summer has made for a population explosion well above normal numbers for the area, said Beverly Burden , an associate professor of biology at Louisiana State University-Shreveport.

The bugs — actually in a group called March flies — “have been this far north in the past, but not in the number where people would notice and recognize them,” Burden told The Times .

She said they don’t bite, but their acidic guts can damage paint.

“In large enough numbers, they can block the radiator and cause the car to overheat,” said Burden, who hosts “What’s Bugging You?” on the Red River Radio Network.

The bugs are plentiful in south Louisiana, but not unusually so, said Michael Stout , head of the entomology department at the LSU AgCenter in Baton Rouge.

Known to scientists as Plecia nearctica, they’re also called double-headed bugs, honeymoon flies and united bugs. They fly locked together while they’re mating, and even afterward.

You’ll see them in the Gulf States stretching from Texas to Florida with some reports as far north as South Carolina. Burden compared their geographic spread to that of the fire ant.

“They’ve been gradually moving north and east over the past 15 years,” Burden said. “There’s going to be a certain point where they won’t migrate more. They won’t be able to survive the winter as they go further north.”

This year’s large numbers may mean a spring resurgence, but they should be gone within a week to 10 days, Burden said.
“Most insects aren’t active under 74 degrees,” she said.

She said she doesn’t know whether heavy rains from the remnants of Hurricane Harvey will affect their numbers: “We’ll have to see when things warm up.”