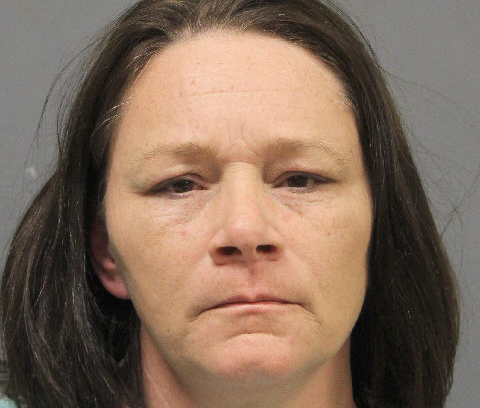 An insurance checkpoint turned into a drug arrest Thursday.

The checkpoint was set up on Allen Drive near Bayou Ave when a gray 2015 Ford Fusion pulled up around 10 p.m.

Deputies with the Webster Parish Sheriff’s Office noticed a passenger in the backseat with an open container and asked the occupants of the car to step out, according to the arrest affidavit.

After receiving permission from the driver, Leah Britton, 42, of the 900 block of Middle Road, deputies found a suspected meth pipe and three baggies of suspected meth in Britton’s purse, the report said.

Deputies also found a 9mm pistol in the glove compartment, which Britton said belonged to her, the report said.

Deputies also discovered that Britton had three warrants for her arrest for issuing worthless checks.

She was placed under arrest on charges of possession of schedule II (meth) with intent to distribute, possession of drug paraphernalia, illegal carrying of a weapon in presence of a controlled dangerous substance, expired registration and the three warrants and transferred to Bayou Dorcheat Correctional Center.