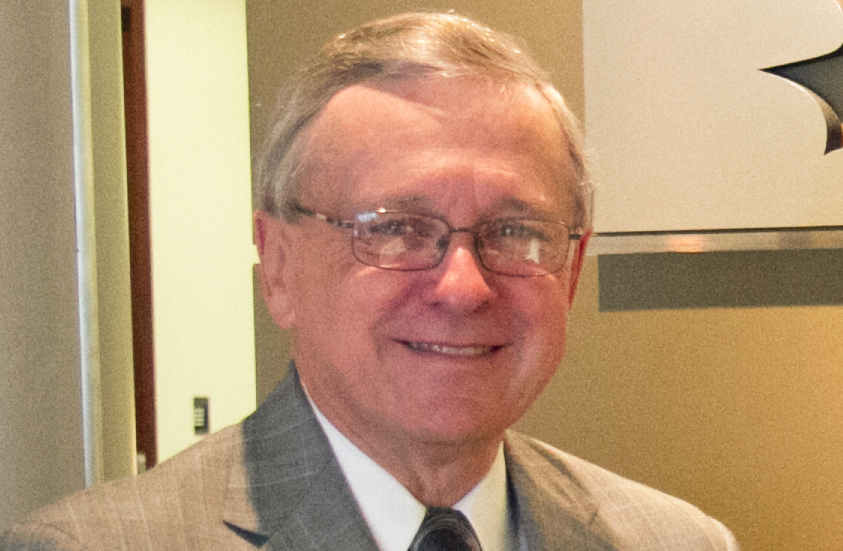 Byrd, president, CEO and chairman of the board of MBL Bank and Minden’s Man of the Year in 2016, addressed a variety of issues including federal taxes, interest rates and regulations, offering economic solutions based off independent research.

Byrd, who pointed out he was speaking on his own behalf and not his bank’s, alluded to the 2007 recession that lasted up until 2009. In the latter year, the federal government issued a $1 trillion stimulus package to jump start the economy. Byrd said it worked, but only for about six months.

“It accomplished very little,” Byrd said. “With all due respect to any politicians, government can not create an economy. Only the private sector through job creation and investment, can create economic recovery…It is the role of government to make an environment that is conducive for the economy.”

Byrd outlined three ways federal government can promote such an atmosphere: Implement a reasonable and predictable national interest rate, a tax structure and rate which is competitive on a global scale and scaling back government regulation.

Byrd mentioned how interest rates are at lifetime lows, with 30-year mortgage rates in the 3 percent range and 15-year mortgages even in the high 2 percent range. Despite these rates, Byrd said the recovery from this recession has been one of the slowest in our nation’s history.

“We can conclude from this that low interest rates do not drive economic recovery,” Byrd said.
Byrd said the average US corporate tax rate is 38.9 percent, while the global rate for corporate tax structure is 22.5 percent.

“We are some 16 percent higher in the U.S. than the average around the world,” Byrd said. “In fact, we have the third highest tax rate of any country in the world, which encourages companies to leave the United States.”

According to Byrd, there have been $2.6 billion in U.S. company profits that have been earned abroad and stayed their. Byrd said lawmakers have had preliminary discussions about a one-time special rate that, for a limited period of time, would allow those business to bring those jobs back home. Byrd suggests the special rate be set somewhere between 10-15 percent.

“Give these companies an opportunity to bring these dollars back,” Byrd said. “For a reasonable rate.”
While bringing these companies back could create an estimated $350-$400 million in taxes for the IRS and the Treasury, according to Byrd, there has to be incentive to invest profits back into the U.S.

“Regulation does not create a single job,” Byrd said. “An over-burdened regulatory environment is an economic killer.”

Some would point to the progress made in unemployment rates in opposition. The national unemployment rate dropped from 10.2 percent to 4.6 percent, spanning 2009 to 2016. But Byrd says those figures are skewed in part because of the current workplace trends.

More and more people, millennials especially, are working jobs they are over-qualified for or that pay less than their previous job. These individuals are in a category known as “under-employed.”

“They could hold a job that would be higher-paying and that they are qualified for,” Byrd said. “But it’s just not there. Another fact, the average American work week has dropped from 36 hours to 34.”

While that difference seems minuscule, if you take all the hourly jobs in the U.S. and reduce them two hours per week, Byrd says those hours pile up to equal 600,000 full-time jobs.

Because of rising benefit costs, employers are reducing full-time employees in favor of part-time or “peek-time” employees. So, while many businesses claim to be hiring, the reality is many of these jobs are not offering the hours per week or wages needed to gain economic independence or advance past living paycheck-to-paycheck.

However, an influx of dollars is set to come as the often-criticized generation’s way as the baby boomers take their leave.

Byrd said over the next 30 years the U.S. is expected to undergo the largest transfer of wealth in U.S. history as $30 trillion dollars switches hands from the boomers to the millennials.

He concluded with a quick word of advice to the inheritors.