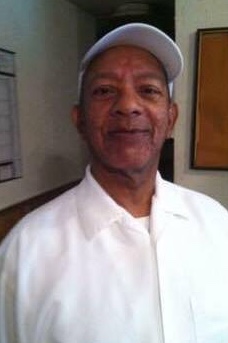 James Charles Young Nelson was born in Shreveport on March 25, 1949, to Juanita Nelson-Robinson and Jerry Young. James was a proud Webster Wolf of the Class of 1967. After receiving his education from the Webster Parish School System, he left Louisiana to make his home in the Bronx, New York City. This is where he met the love of his life, Rosalind Daniels. They formed a matrimonial union on Oct. 27, 1978. This bond, producing two daughters, remained strong until his death on October 22, 2017. James was a jack of all trades, and a master of many. He possessed a “green thumb” due to his love of gardening.

Because of his gentle and kind spirit of giving people food from his garden, he was KASO Radio’s “Citizen of The Day”. James was known throughout Minden for his plumbing skills, and the selfless love he showed to his family, especially his love and devotion for his ailing mother by cooking and upkeeping her home. He was an avid swimmer, fisher, and a die-hard LSU football fan. He was preceded in death by his mother, Juanita Robinson, father Jerry Young, and stepfather Willie J. Robinson. James leaves to cherish his legacy: his wife, Rosalind Nelson of Minden, a step-sister, Shirley Green (Rev. Austin) of Shreveport, two daughters, Alexis Nelson of Princeton and Dreya Nelson of Minden. Two sons: Troy Mcmillian (Tamaya) of Minden and James Hill of Bronx, New York City, a devoted uncle who stepped in as a brotherly figure, Rodney Cardell Nelson (Gracie) of Minden, a host of grandchildren, cousins, classmates, and friends. Graveside Services for James Charles “Moon” Nelson will be held Saturday, Oct. 28, 1 p.m. at the St. James B.C. Cemetery with the Rev. Robby Dale Williams officiating Visitation will be held Friday, Oct. 27 in the chapel of Kennon’s Mortuary from 10 a.m. to 6 p.m. Services are entrusted to Kennon’s Mortuary.

Email condolences may be sent to kennonsmortuary@suddenlink.net. The family would like to extend their sincere appreciation to the Webster High School Class of 1967, Mary Ann Arthur and Archie Robinson Sr., the family of Mr. Dwight Preston, as well as Willis-Knighton Bossier and Willis- Knighton North, the Willis-Knighton Cancer Center, Dr. Joyce Feagin and her staff for their genuine love and care in going above and beyond to assist our loved one as he courageously fought to beat cancer.