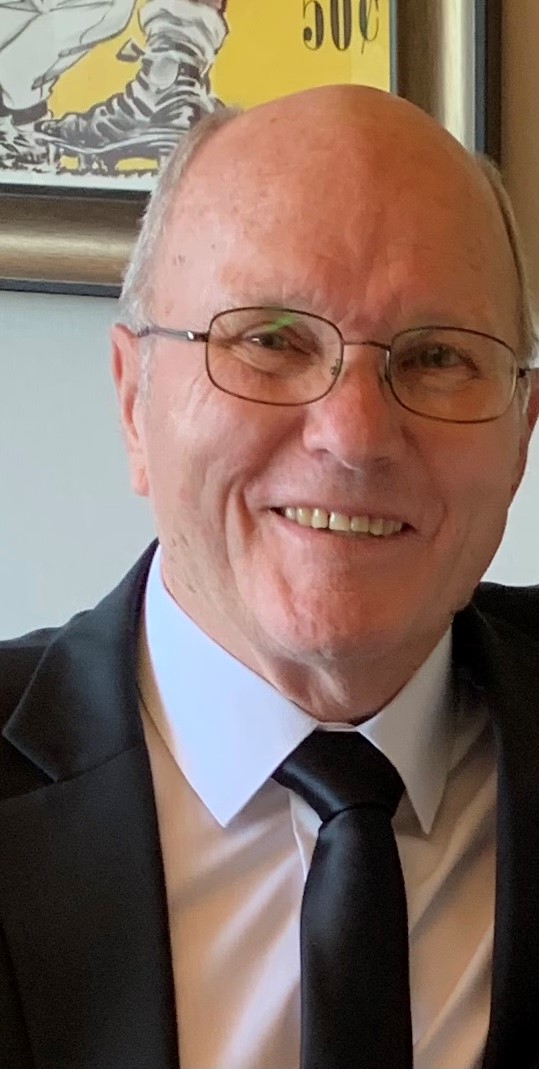 James Eugene Miller, 76, fought the good fight and finished his race entering into his eternal home on November 8, 2020, surrounded by his family.

James was born in Ringgold, LA, on April 4, 1944. He was the fourth son of Jessie Franklin and Fay Day Miller. A 1963 graduate of Doyline High School, James enlisted in the United States Navy and proudly served aboard the USS Coral Sea. Upon honorable discharge, he earned a bachelor’s in Business Management from Louisiana Tech University in 1972.

James started his career at Ken Burnham Chevrolet. Several years later, he combined his God-given gift of working with his hands, with his Business Management degree, his passion for automobiles and his heart to serve others. The Honda Sportscenter in Minden became a reality in 1975. James would go on to open the J.E.M Truck and Muffler Shop where he took great pride in rebuilding and restoring GMC and Chevrolet trucks.

Of his many accomplishments, he was most proud of his family. He considered himself a lucky man that God blessed him with the love of his life, Linda, for over 50 years. Although his childhood was surrounded with brothers, James was blessed with two daughters and quickly learned to be a “girl dad.”  His daughters were the light of his life; both were devoted “daddy’s girls”. His family grew to include five precious grandchildren, all of whom were spoiled be their Pepaw.

In his spare time, James loved to restore trucks, attend swap meets, work in his yard, fish, read, and dote on his children and grandchildren. He led by example showing his family what a Godly husband and father should be. He was a man of honesty, integrity, and strong work ethic. He touched countless lives and never wanted any recognition.

James was preceded in death by his father, Jessie, his brother, Glen, and his grandson, Stanton Haynes.

He is survived by his wife of over 50 years, Linda Anderson Miller and his two daughters, Tina Haynes (Jeff) and Jamie Boothe (Scott).  He also leaves behind grandchildren Hayden Haynes (Jennifer) and Mary Claire, Elynn Kate, and Judson Boothe; his mother, Faye Day Miller; his brothers, Jimmy (Sharon), Cecil (Jan), and Donald (Linda); and numerous nieces and nephews.

1 Peter 5:10 – God always gives you all the grace you need. So you will only have to suffer for a little while. Then God himself will build you up again. He will make you strong and steady. And he has chosen you to share in his eternal glory because you belong to Christ.

The family would like to thank Dr. Sam Abshire and the staff of Claiborne Memorial Medical Center, and Regional Hospice for the loving and compassionate care they provided.

In lieu of flowers, the family requests that donations be made to Claiborne Healthcare Foundation in memory of James Miller, 620 East College Street, Homer, LA 71040.