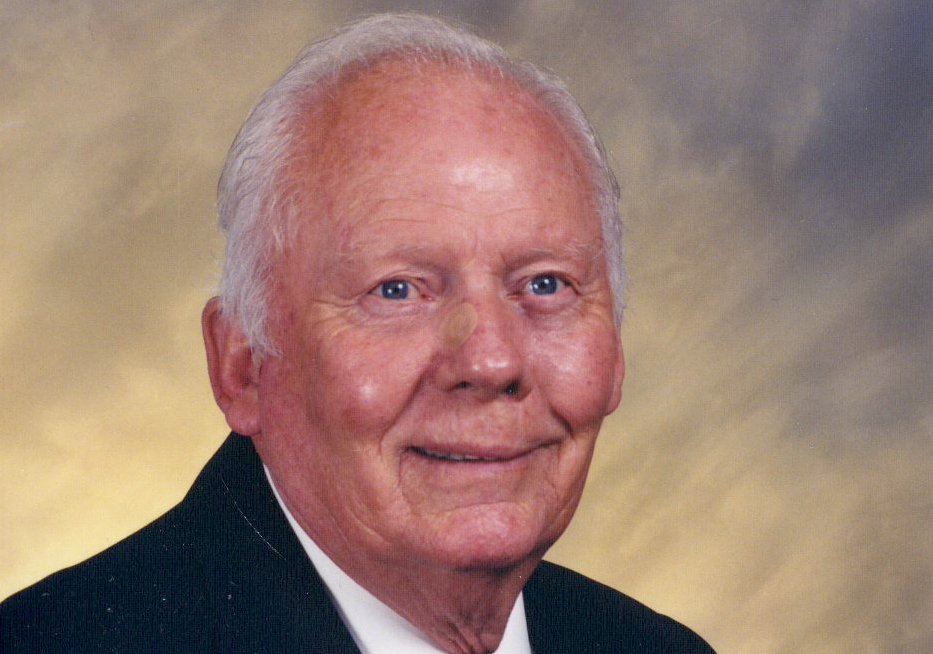 A celebration of the life of Jefferson Pruitt (J.P.) McBride, Jr. will be held on Tuesday Jan. 3, 2017 at 1 p.m. at First United Methodist Church in Minden. Interment will follow at Gardens of Memory in Minden. Visitation will be held Monday, Jan. 2, 2017 at Rose-Neath Funeral Home in Minden from 5 until 8 p.m.

J. P. was born on Aug. 17, 1926 in Shreveport and entered into rest Dec. 29, 2016. He proudly served in World War II and the Korean War. He was awarded the 2 star Korean Service Medal. He built a career working for South Central Bell where he remained for more than 30 years until his retirement. He married the love of his life, Barbara Staggs, in 1953 and the two spent 49 wonderful years with each other until her death in 2003. Together they moved to Minden in 1956 to raise their five children. He was known for his witty sense of humor and selfless nature. He graciously provided unconditional loving support to his friends and family. J.P. spent his adult years enjoying every possible moment with his family. Keeping in touch with his family was always a priority, especially his sisters, nephews, and nieces whom he loved and cherished deeply.

He is survived by his children, Cheryl Lynn and husband Bob of Bethlehem, Georgia, Kathy Dickinson and husband Andrew of Minden, Lisa Gordon and husband Otha of Minden, Laura Milligan and husband Mike of Minden. He is also survived by his sister, Emma Maude Latsos of Jessieville, Arkansas, brother-in-law Leslie Staggs and wife Elsie of Texas, sisters-in-law Nell Staggs of Texas and Nancy McBride of Mississippi. He spent many wonderful years as the sweetest and most caring PaPaw to his grandchildren, Christy Paulsen, Jason Lynn, Elizabeth Dickinson, Drew Dickinson, Jennifer Dickinson, Nikki Merritt, Jeffrey McBride and Lance Milligan; great-grandchildren, Annabelle, Layla and Walker Paulsen, Hayden and Lauren White, Jonathan and Joseph Dickinson, Adam and Daisy Woodard, Luke Dickinson, Hagan Hay and Liam Milligan; and great-great-grandchild Paisleigh White; as well as a thoughtful and loving “Uncle Sonny” and “Uncle J.P.” to numerous nieces and nephews.