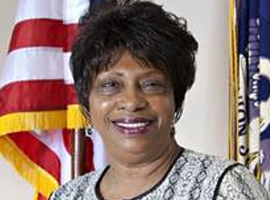 Editor’s note: The following is a submitted campaign announcement and not an endorsement from Minden Press-Herald or Specht Newspapers, Inc.

Jerri M. Lee has announced that she will be a candidate for re-election on the Oct. 24 ballot. She is looking forward to serving a third term as police juror for District 9. She is very excited about her work on the jury because she has been able to provide help and leadership on some of the programs that the jury oversees. Lee perceives the task of being a police juror as an awesome responsibility. The task requires a working knowledge of the parish’s library system, Webster Office of Community Services, existing relationships between the municipalities within the parish with the jury, and the boards of the fire districts just to name a few.

Lee states, “My background of service to a variety of civic, service, and social organizations has served me well as a member of the jury. I have the ability and the energy to work amicably with other jury members and support personnel to continue the work that is always before us. It is important that we continue to be a visible and viable force within the parish.”

There are numerous boards on which Mrs. Lee is the Police Jury designee, including the Library Board of Control, and the Community Services Committee. Her educational background and experience are helpful to her work where she serves as a liaison between the Webster Parish Office of Community Services and the Police Jury. She serves as President of the Board of Directors of the OCS. Lee also serves as vice-president of the Webster Parish Library Board of Control.

She serves as board member with Webster Parish Head Start Health and Nutrition Advisory Committee, and as a board member with the Head Start Preschool Program to which she has been assigned. She volunteers her time by attending annual training on roles and responsibilities relative to governing the program. She also volunteers by actively participating as a member on various advisory boards. Lee also serves as president of the Webster Parish Emergency Food and Shelter Program (EFSP) that is funded by the Federal Emergency Management Agency (FEMA). This program is designed to help nonprofit and local government agencies feed the hungry, shelter the homeless, and prevent hunger and homelessness for people facing non-disaster emergencies.

Lee received her high school diploma from Webster High School in 1962. She earned her B.S. degree from Southern University, Baton Rouge in French and Spanish and her Masters’ Degree plus 30 hours from Louisiana Tech where her studies concentrated in the field of English. She obtained her Second Language Specialist Certification from Louisiana State University.

Prior to being elected to the Police Jury, Mrs. Lee spent 36 years of her life as an educator in the Webster Parish School System.

Lee is a life member of Alpha Kappa Alpha Sorority, Inc. and is a charter member of its local chapter, Iota Rho Omega where she has served two different terms as president, recording secretary, and parliamentarian.

She is a member of St. Rest Baptist Church where she serves as chairman of the Deaconess Ministry. She is instructor of the Young Adult Sunday School class, and a member of the Sanctuary choir.

Jerri Musgrow Lee is the daughter of the late Willie and Annie G. Musgrow. She married her college sweetheart Robert E. Lee, Jr. They will celebrate their 50th wedding anniversary September 17, 2015. The couple has twin sons, Victor and Vincent Lee and one daughter Terri Lee Jackson. They have five grandchildren.

Jerri M. Lee states, “My strengths include my willingness and dedication to serve my constituents, and I have the ability, commitment, as well as the availability to fulfill the requirements for the job as Police Juror representing District 9.”