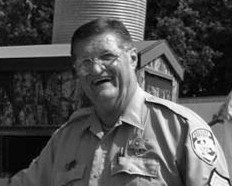 Jerry was born August 2, 1941, in Bernice, LA to Buster and Louise Jordan Ray. He went to be with his Lord and Savior after succumbing to cancer on August 13, 2020, at home with his loving family by his side. Jerry’s jovial personality caused everyone who met him to remember him and like him. He treated everyone like they were his friend and a lot of times like family.  It was this characteristic that made him so well-loved and successful through his lifetime.

Jerry loved music and played the clarinet in middle school. He graduated from Minden High School in 1959. He also loved baseball and served as a batboy for the Minden Redbirds Semi-pro Baseball team where he learned an immense amount about the sport. He passed this knowledge onto many youngsters through the years, but primarily to his son and grandchildren. His favorite pastimes were watching his grandchildren play sports and going to the horse races.

He worked at Sidewinder as a truck driver, and promoted to salesman; Lewis Motor Company as a collector and salesman; Service Parts, Inc. as a salesman; he owned Ray’s Auto Parts, Inc. for 17 years; he owned Goodwill Hardware and an Exxon Station for several years; FMC Sidewinder in sales; and retired from the Webster Parish Sheriff’s Office as a Lieutenant after serving there for 13 years. Jerry was active in his community, he was a member of the Dorcheat Lodge, a Mason, 32nd Degree Scottish Rites, and a Shriner.

Jerry loved the outdoors and everything about it. Anyone that knew him, knew his love for crappie fishing and sports. It was a great joy to him when he could afford to buy steaks for his family and friends. He passed his recipes and cooking talents onto close family members.  Jerry was known for his fried fish, steaks, and grilled ribs.

Jerry was preceded in death by his parents, Buster and Louise Ray, by his sisters Jessie Franz, Margie Lee, and Melba Lewis, and his first wife Linda Lewis Ray.

The family would like to give a special thanks to Allen Mosely, PA and Passages Hospice Care. In lieu of flowers the family asks that donations be made to Jerry’s church, First Baptist of Minden or St. Jude’s Children’s Hospital.