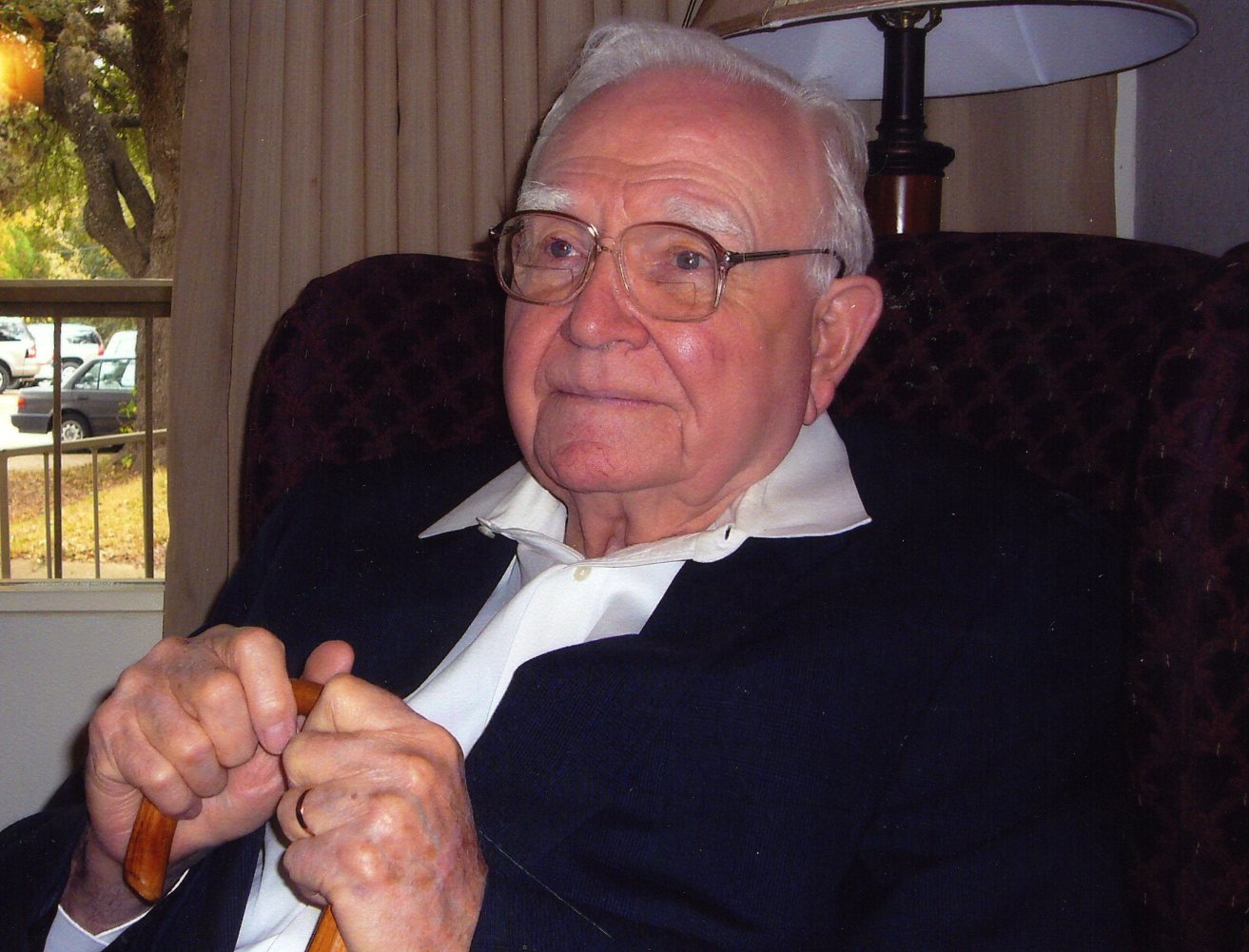 Service time on John Stillmon Willis, Jr. will be 10:30 a.m. on Friday, October 9, 2020 at St. John’s Episcopal Church with Rev. Robert Dandridge officiating. Burial will follow at Gardens of Memory. A visitation will be held from 4:00 p.m. until 7:00 p.m. at Rose-Neath Funeral Home of Minden.

John Stillmon Willis, Jr. died October 3, 2020, at 101 years of age. He was born in a country home south of Doyline to Ada Kennon Willis and John Stillmon Willis, Sr. on June 2, 1919. Ada developed cancer and the Kennon family wished to have her moved to a higher altitude, so our father moved her to the closest small “mountain”, Rich Mountain, on which Queen Wilhelmina State Park sits outside of Mena, Arkansas. The family also moved their lumber mill and they stayed there until she died. John would never know her. John got all his primary schooling at Doyline High School and he never forgot his high school Latin. He played football there, graduated at 16 years of age, and went to LSU and matriculated with a degree in Agriculture, along with a commission as a Lieutenant in the Army Reserve. He came home where he chose to start out growing sweet potatoes and shipped 50 rail car loads his only year, then was called up at the start of the war.

John trained as a pilot, all volunteer positions, for the Eight Army Air Force and flew a B-17. He would fly all of his missions, receive the Distinguished Flying Cross and would be in a lead wave of “Operation Frantic”, a now famous group of missions that are being taught at the Air Force Academy. The overall casualty rate for the crews of the 8th Army Air Corp would be 85%. He has received much attention from the 8th Air Force Historian, Lane Calloway, and the commanding General of the 8th Air Force for which we are all grateful.

The Willis family, and others, lost all land north of the railroad where half of the town of Doyline was located, and our family homes, to the Federal Government for creation of the Ordinance Plant. Later our father would ask the state to come to the west side of the lake to create the Bistineau State Park.

John returned home and went to work at Willis Lumber Company, managing the operations of the mill. He married Joe Ann Wilson, a beautiful young lady, who immediately took one of us, a little boy, under her wing as the last 4 of us would lose our mother to caner, and Joe Ann would also die of cancer. With grief among us, the world moved on with our father marrying a lady who would be a mother to all of us, and John marrying a lady he had known since childhood, Lillian Life. They adopted a little girl, Martha Louise. John and Lilliam moved to Minden when the lumber mill closed and joined the Episcopal Church where they found many friends who are friends to this day. They ran Webb Hardware owned by Lillian’s father. The hardware was eventually closed, they retired, and he raised vegetables in large amounts, loaded his pickup each day during the crop season, and made his rounds giving vegetables away. Lillian had a stroke when on vacation in the Carolinas, and Robert Dandridge showed up to be with John for a while, and they became the closest friends. Other close friends included Bena and Evelyn Cabell, Thad and Oneta Andress, Richard and Lisa Campbell, Carlton and Lois Protho, Terry and Lou Snook, Ty Pendergrass and the ladies at Argent, Caron Humphreys and Ginger Swanson, who have always been there for us. The family is grateful to Robert Dandridge and Ben Cabell who served communion to him on a routine basis.