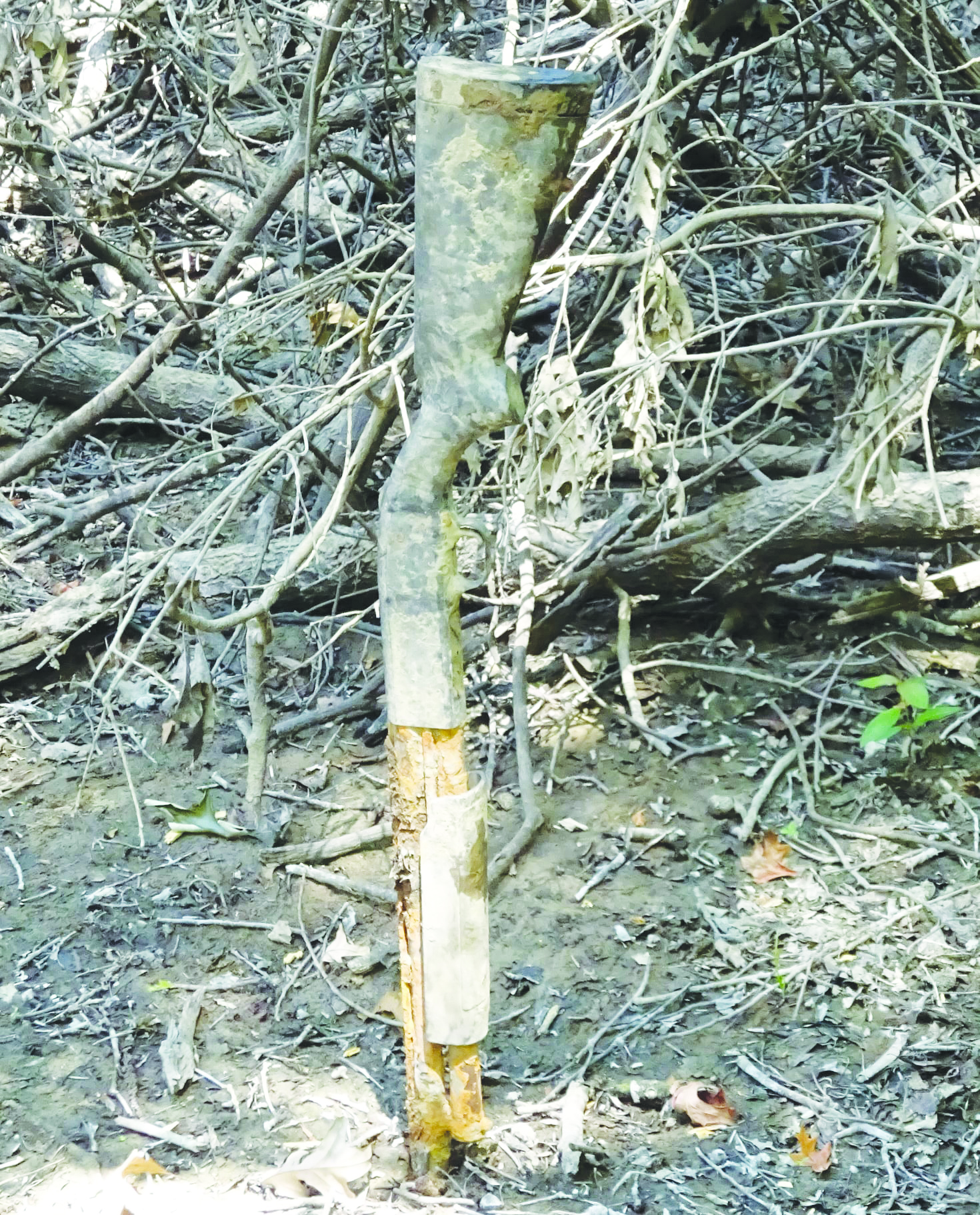 We gathered last weekend in Thibodaux for the annual conference of the Louisiana Outdoor Writers Association (LOWA).

On Saturday night during the dinner and awards ceremony, I sat at a table with good friends Terry and Carol Jones from West Monroe.

The last event that night was the popular raffle where we purchase tickets hoping to win prizes of merchandise provided by sponsors. I felt a slight tingle of excitement when one of my numbers was called. There were fishing rods and reels and all sorts of neat stuff. My enthusiasm dropped a bit when I was handed my prize. I got a cap and coffee mug.

As the number of prizes dwindled down to the last one, I heard a little squeal from Carol as one of Terry’s numbers was called. What did he win? More on that later.

It was a cold December day in 2015 when Terry was hunting ducks and squirrels along his favorite waterway, Dugdemona bayou. Growing up in northern Winn Parish, Dugdemona was his favorite place to hunt and fish.

“When I looked back and saw my shotgun was gone, I carry a magnet with me just in case I lose something like that but the magnet got hung and broke off so I gave up and came home,” Jones said.

Six months later the following summer, Jones was back fishing on Dugdemona when he recognized the same fallen tree that had robbed him of his shotgun.

“I realized this was where my gun had fallen into the water,” Jones said. “The water level was down and I looked down and to my surprise I saw my gun lying on the bottom in the mud all rusted, corroded and covered in silt. It was in really bad shape so I knew there was no way it could be salvaged.

“It was loaded when it went overboard so I had to be careful and I stuck the barrel in the mud and left it there as a sacrifice to the creek gods,” he laughed. “Telling friends about my mishap, several told me that they had also lost guns to the overhanging limbs on Dugdemona.”

Back to last weekend’s LOWA conference …

As ticket numbers were being called, I watched several friends winning rods, reels, tackle boxes and all sorts of neat prizes. I kept watching my skein of tickets hoping for something a bit more valuable than my cap and coffee mug but alas, that never happened.

The table of prizes dwindled down to the very last one and when the number was called, the usually quiet and easy-going retired history professor, Dr. Terry Jones, showed a measure of excitement when his number matched the one being called out.

The final item is always the most coveted prize of the drawing and this time was no different; in fact in his case, it was extra special. My friend, Terry Jones, had the ticket that matched the prize; it was a shotgun but not just any shotgun.

It was a Mossberg Model 500 pump, just like the one rusting away along the margin of Dugdemona Bayou.

Oh, and by the way, he also won a padded gun case. It floats.

BLACK BAYOU –  Bream and crappie are both fair fishing around the trees. No report on bass. Contact Honey Hole Tackle Shop 323-8707 for the latest information.

OUACHITA RIVER – The water level is stable. Bass are good early on topwater lures and crank baits with soft plastics later in the day. Crappie are fair fishing submerged tops in the river. For the latest information, contact the Honey Hole Tackle Shop at 323-8707.

LAKE D’ARBONNE – The crappie have moved deep in the channels with jigs and shiners picking up a few. Early mornings are best for bass around grass early mornings on topwater lures and buzz baits. Later in the day, some are being caught on crank baits and soft plastics. Bream are fair in the sloughs while catfish continue to bite fishing night crawlers or cold worms off the banks. For the latest information, call Anderson Sport Center at 368-9669 or Honey Hole Tackle Shop at 323-8707.

LAKE CLAIBORNE – The crappie continue to be hanging around submerged tops with some caught on shiners fished 8-feet deep in 16-foot water. Bream fishing is still fair on worms and crickets off the banks. Catfishing has been good with cold worms and blood baits working best. Bass fishing has been best early mornings on topwater lures with soft plastics picking up some later in the day. No report this week on stripers. For the latest information, call Kel’s Cove at 927-2264 or Terzia Tackle at 278-4498.

CANEY LAKE – Bass continue to school with some  Bass continue to school with some caught on topwater lures and tail spinners when they go down. Some bigger fish are hitting DD-22 crank baits or big plastic worms on the channel edges and drop-offs. Crappie are fair fishing shiners or jigs around the deeper tops. Bream fishing is fair around the lake on crickets or worms. No report on catfish. For information contact Hooks Marina at 249-2347, Terzia Tackle at 278-4498 or the Honey Hole Tackle Shop at 323-8707.

LAKE POVERTY POINT –  Catfishing continues to be good on cold worms or cut shad. Other species are slow this week. For the latest reports, call Poverty Point Marina at 318-878-0101.

LAKE ST. JOHN – Fishing overall this week for all species is rather slow. For information, call Ken Mahoney at 318-201-3821.

LAKE ST. JOHN –  Catfishing has been good on yo-yos. The water is on a slow fall and fishing has been good this week for bass and barfish. Lots of catfish are being caught using noodles and tight lining while crappie are improving fishing around the boat docks. For information, call Surplus City Landing at 318-467-2259.

LAKE YUCATAN – The water is on a slow fall and fishing in general has been rather slow. For information, call Surplus City Landing at 318-467-2259.