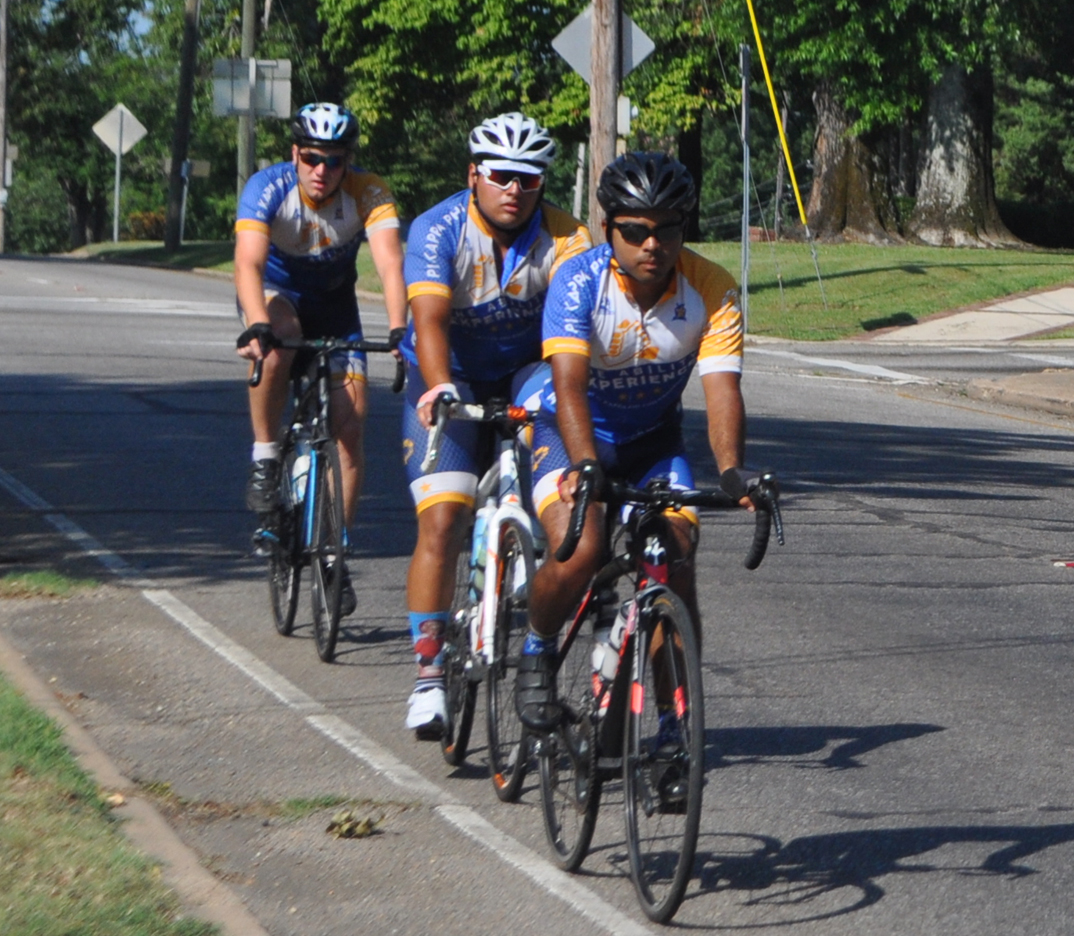 Cyclists riding through Minden Thursday were doing so with a purpose – to raise awareness and bring understanding and service to those with disabilities.

Algernon Dean, public information coordinator with Journey of Hope, says the cyclists are trekking across the United States from California to Washington D.C., stopping along the way to conduct friendship visits and offer support to organizations that serve the disabled.

“We just made it into Louisiana yesterday,” he said. “The overall journey started in Long Beach, California, and we just hit 2,000 miles. We’re making our way over to Washington D.C. and we hope to arrive there on Aug. 13.”

The cyclists visited Shriner’s Hospital in Shreveport Wednesday as part of their friendship visits, which are meetings with service organizations that serve the disabled, he said.

“We got to play some ball and got to be involved with some really cool people,” he said.

On the ride are eight crew members and a total of 24 cyclists.

In 1987, Bruce Rogers, a cyclist, began the journey across the nation alone to bring awareness to the cause, Dean said. Rogers was a member of the national Pi Kappa Phi fraternity, and the fraternity got involved once the awareness campaign took off.

“He actually took the journey by himself, because 10 years before that, The Ability Experience was born,” Dean said. “One of our brothers by the name of Thomas Sayre constructed a therapeutic play unit so that people with disabilities could play just like regular kids do.”

There are roughly four major projects they do every year, and one of those is to construct playgrounds with accessible amenities for the disabled. They also help disability service organizations that need upgrades or just general maintenance, such as painting walls or constructing wheelchair ramps.

Another service project they do is Build America, where they go to summer camps that cater to camps for the disabled or camps that are made for people with disabilities.

“Build America goes to those camps and build handicapped accessible structures such as wheelchair ramps, playgrounds, anything that people with disabilities can physically interact with,” he said.

Gear Up Florida is the same idea as Journey of Hope, but it’s only in Florida. Cyclists ride 800 miles in two weeks and focus on service organizations that serve the disabled.

Over the years, they’ve raised more than $600,000 for people with disabilities, he said.

“Those funds go towards making projects like this happen,” he said. “This year, we’re definitely close to $600,000, and luckily enough, we are able to take a portion of that to give to the organizations that we are lucky enough to visit.”