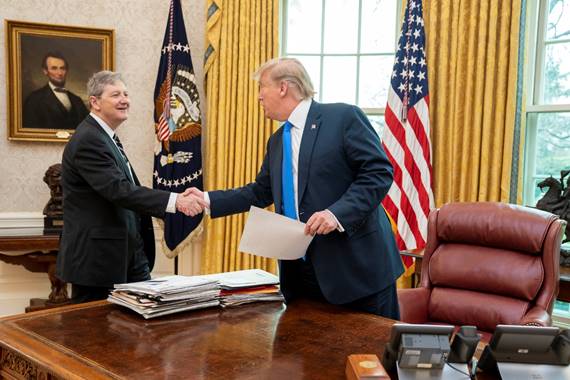 “I had lunch with the president today to talk about the duplication of benefits’ issue that is impacting so many Louisiana families,” said Sen. Kennedy.

“We talked for an hour and a half. President Trump loves Louisiana, and he wants to help. I’m hopeful that the president is going to take steps to resolve this problem. In the end, if it’s not the answer I want, then I intend to join as a plaintiff in the litigation against the federal government for violating Congress’ legislative intent in producing a solution. The people of Louisiana deserve the disaster relief they were promised.”