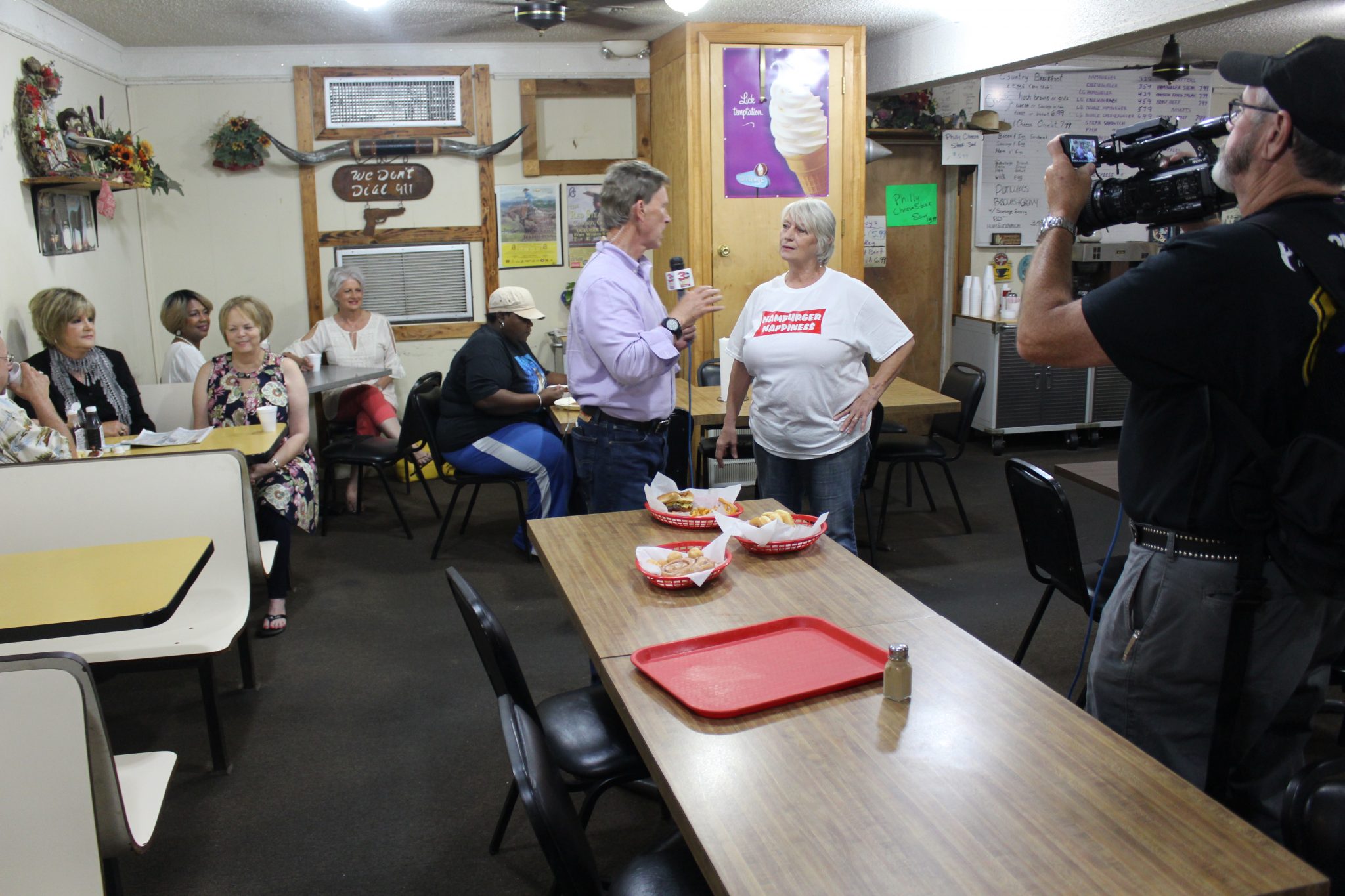 Rowe has been in town featuring Minden during the morning newscasts as part of the KTBS Community Caravan. Acting Tourism Director Johnnye Kennon said Rowe will feature Fibrebond on Wednesday and the home of Francis Irving, who is a descendant of Margaret Munnerlyn Mitchell, author of Gone with the Wind on Thursday.

The Germantown Museum was featured Monday. “It is really great to have them feature Minden four days in row,” Kennon said.

Thursday, KTBS will host lunch at noon at Habcus in downtown Minden.