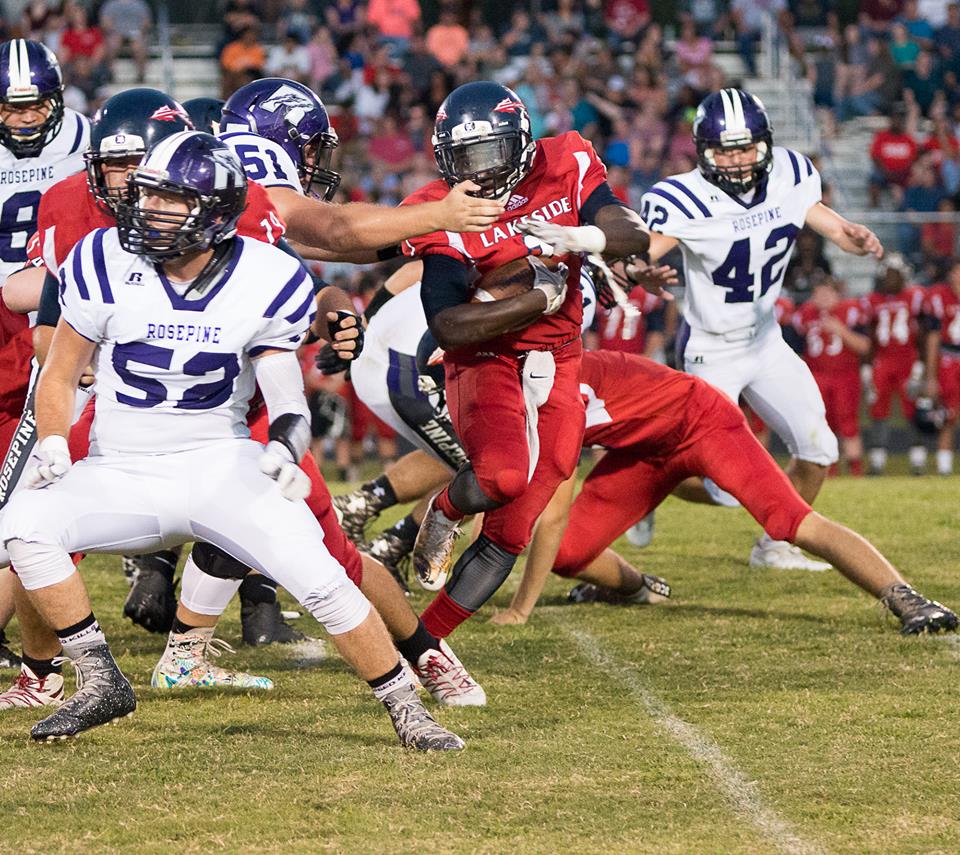 SIBLEY – The Lakeside Warriors weren’t sharp in Friday’s loss to the Rosepine Eagles.

“Our kids played too tight,” McClendon said. “We made the game a lot bigger than it had to be, but at the same time our kids thought they could just show up and do the deal, which I warned them against… We’re still trying to coach against that. Everything that happened against us had more to do with us than them.”

Miscues happened early and often, as Lakeside’s first drive showed promise before ending with a fumble. On two other occasions, the Warriors drove inside the Rosepine red zone, but committed turnovers.

“We didn’t take care of the football,” McClendon said. “We wasted opportunities offensively that would have changed the trajectory of the game.”

The defense wasn’t much better, as McClendon said too often players were out of position, even allowing Rosepine to throw for a touchdown on 4th-and-15 thanks to a busted coverage.

“Probably our worst game of the year,” McClendon said. “I told the guys that all the things our program is about are about to be tested. We’re going to find out if they really believe what we’ve been preaching; We’re about to find out if we have any leadership on this team.”

Lakeside will look to get back on track next week as they hit the road bound for Jonesville and a date with the Block High School Bears.