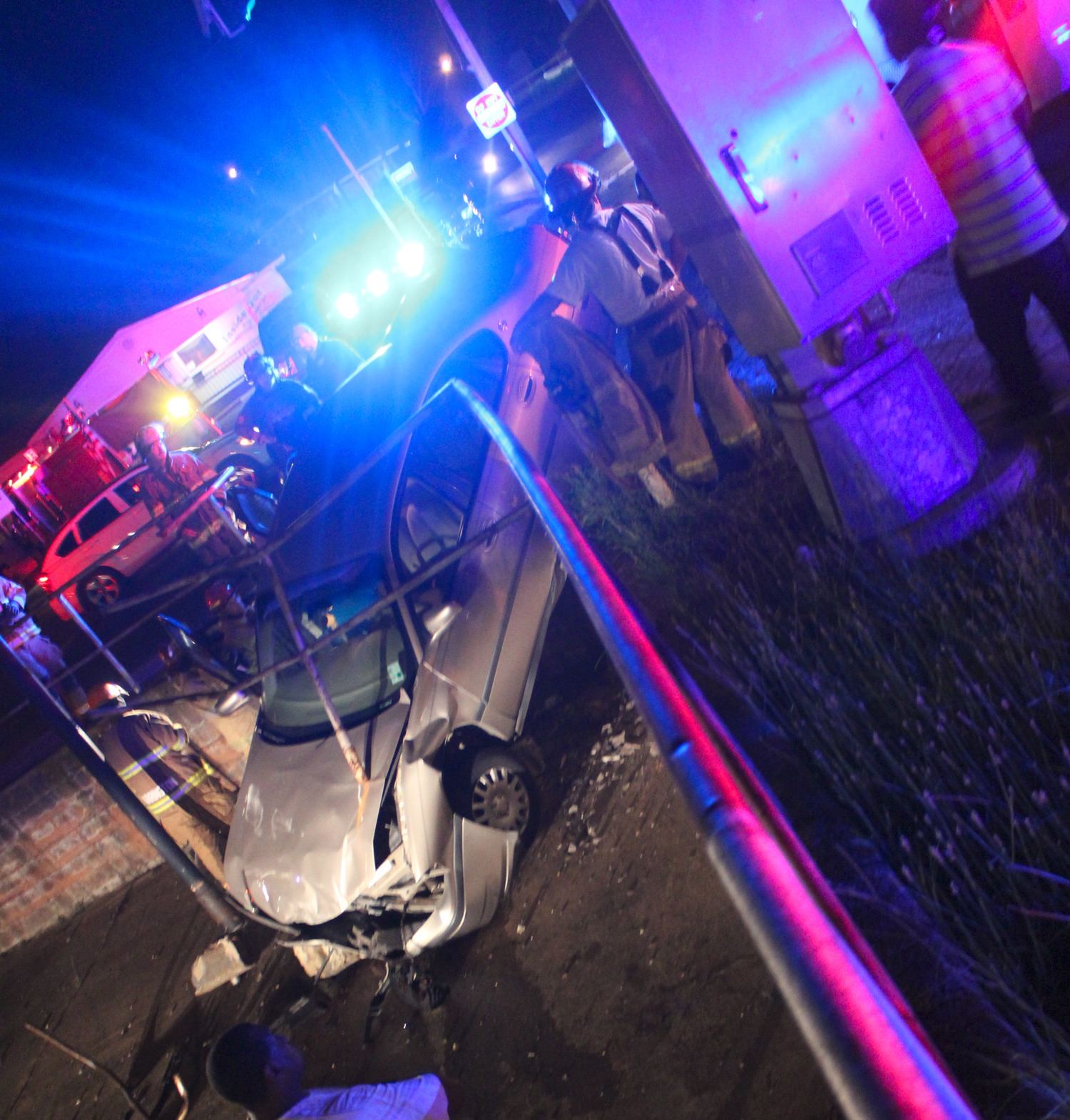 A wreck on the intersection of Sheppard Street and Sibley Road Wednesday night left one person trapped inside. Minden police Officers Chris Hammontree and Mitch Hackett responded to the crash around 10:30 p.m. According to reports, the driver of a Chevy Cruz, Brianna Hambrick, went through a yellow light, and the driver of a Chevrolet Impala, Beverly Anderson says she had a green light. The two vehicles collided, causing one to go off the road into the ditch. Both were offered medical treatment but both refused. The Minden Fire Department responded to extract Anderson from her vehicle.