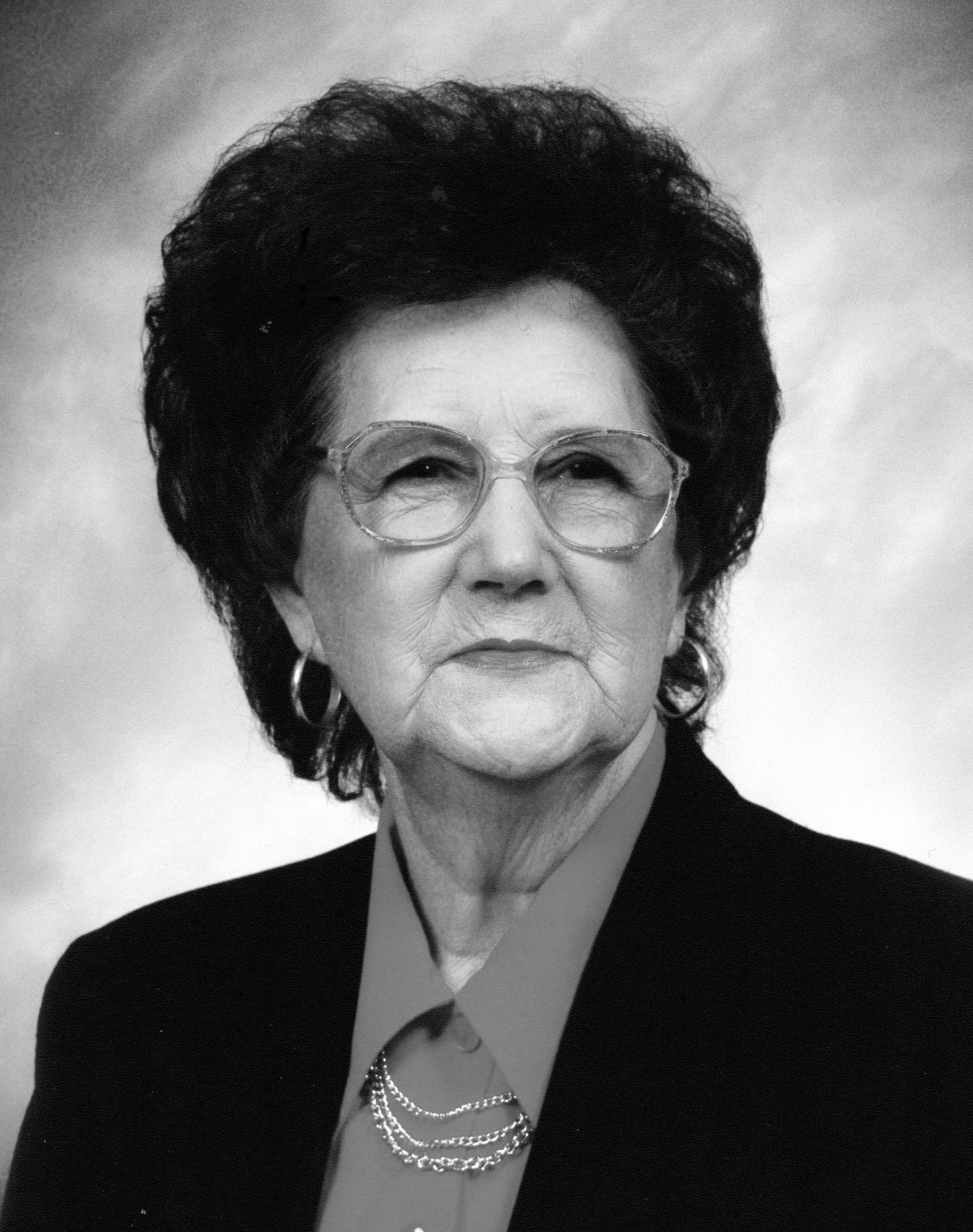 Springhill, LA — Mary “LaVelle” Sewell Smith, 87, of Springhill, Louisiana passed away, with family by her side, at Magnolia Regional Medical Center early Sunday morning, January 7, 2018. She was born Friday, March 28, 1930 in Emerson, Arkansas to the late Daner Richmond and Mattie Pryor Sewell.

She was the youngest of 5 children. She was preceded in death by her sister, Zada Wynne, brother, Glen Sewell, and granddaughter, Angela Smith.

She graduated from Walkerville High School in 1948, obtaining a presidential award for 12 years of perfect attendance.

She attended Harding University in Searcy Arkansas for 2 years before returning home to start a family. She was an expert seamstress and worked at Shurtleff’s Sewing Center, until its closing in 1990, when she began providing her alteration services from home.

She was a faithful and active member of North Arkansas Street Church of Christ. She was passionate about singing and gospel music.

She was known by many for her “love pats” and “small gifts of love” in the form of homemade jelly, bread, candy, pot holders, and dish rags. As a result of her generous spirit and loving personality, she was loved by many.

Her Christian life was as beautiful as the flowers that she loved so well, and her influence will forever remain in the lives of all who knew her.

The family would like to express their appreciation to Dudneywood Assisted Living in Magnolia, AR for the loving compassionate care she received during her stay the last six months.

In lieu of flowers contributions may be made in her honor to The Southern Christian Children’s Home, P.O. Box 649, Morrilton, AR 72110 (www.schome.org). Pallbearers will be Ed Grant, Heath Grant, Tate Smith, Ben Griffin, Brian Griffin, Lucas Smith, and Tanner Broom.