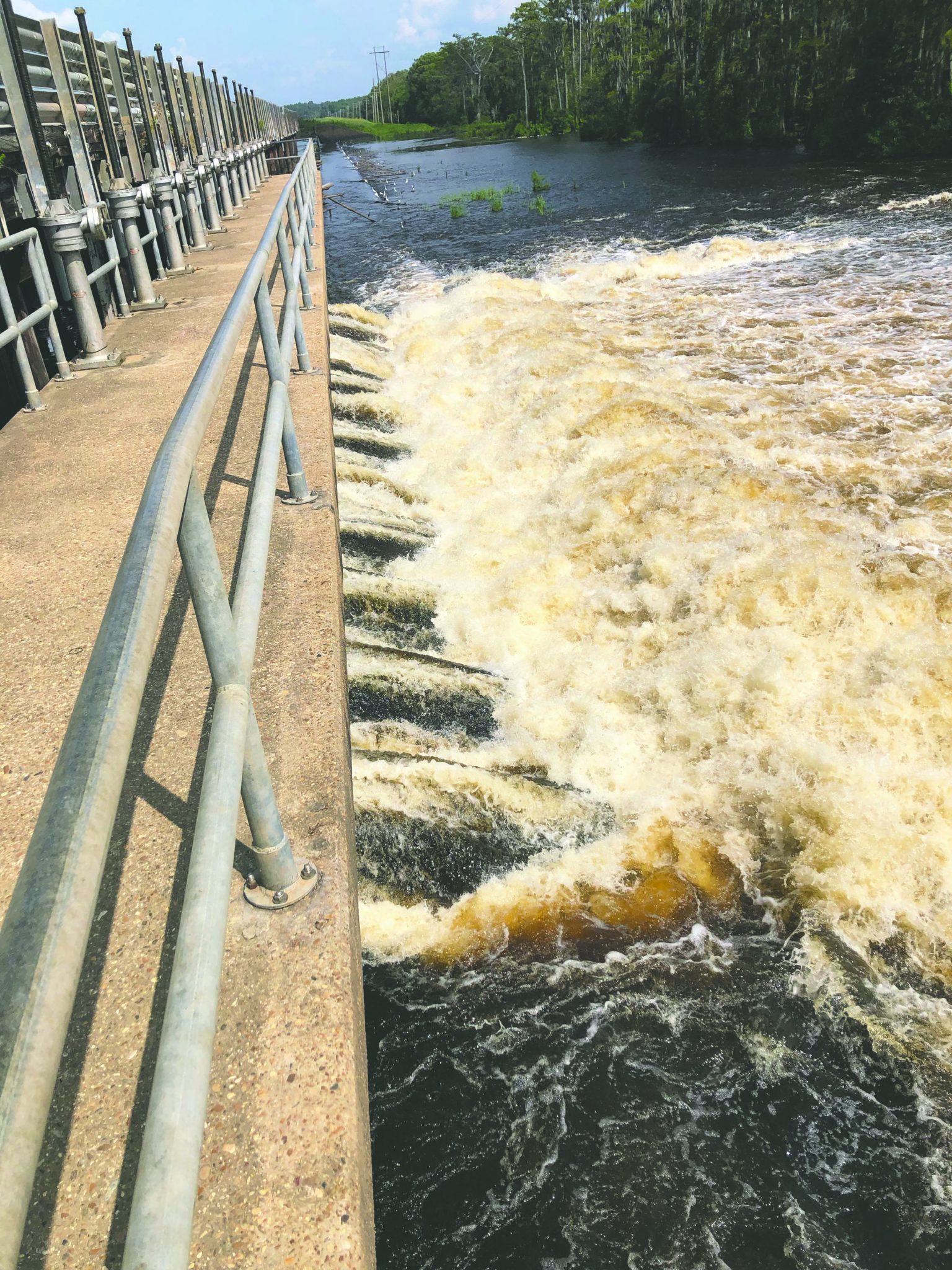 Press-Release from the Louisiana Department of Wildlife and Fisheries

The Louisiana Department of Wildlife and Fisheries (LDWF) has scheduled a drawdown of Lake Bistineau in Webster, Bossier, and Bienville parishes for the purpose of reducing further expansion of the invasive aquatic plant, giant salvinia. Additionally, the drawdown will benefit fisheries production by improving aquatic habitat and reducing the amount of organic matter on the lake bottom.

LDWF has requested the Department of Transportation and Development open the water control structure on July 19. The lake should dewater at a rate of 4 to 6 inches per day until it reaches a potential maximum drawdown level of 8 feet below pool stage. Once the drawdown reaches the target level, an estimated 10,000 acres of water will remain in the lake. This could be impacted, however, by rainfall in the watershed. LDWF will monitor aquatic habitat conditions to determine the best time to conclude the drawdown and allow the lake to refill for early spring recreational activities.

Strategic spray efforts, weevil introductions, and the use of plant control booms will take place during the drawdown as well. Past drawdown efforts have proven effective at greatly reducing salvinia infestations on the lake.  Since 2012, drawdowns have helped to reduce giant salvinia acreage, on average, by over 2,500 acres.  The largest example occurred in 2017-2018 where coverage was reduced nearly 3,350 acres following the summertime drawdown and winter freeze event.

Boaters can still access the lake during the drawdown from the following public boat launches: Port of Bistineau Launch, Bossier Public Launch, Grice’s, and Bayou Dorcheat Public Launch. Boaters are advised to use caution during the low water period, as boat lanes will not provide normal clearance of underwater obstructions.

The drawdown is a necessary component of LDWF’s integrated management plan to control overabundant aquatic vegetation growth, and to improve the Lake Bistineau sport fishery. An annual cycle of high and low water fluctuation can provide beneficial effects similar to a natural overflow lake system.

Drawdowns at Lake Bistineau have proven to be effective at removing large quantities of giant salvinia from the lake. Additionally, lower water levels prevent plant coverage from expanding exponentially during the warmest months of the year when growth rates are the highest. The combined effects provide low plant coverage in the spring and allow recreational use of the lake despite the presence of giant salvinia.

The Lake Bistineau Waterbody Management Plan can be viewed at: https://www.wlf.louisiana.gov/resources/category/freshwater-inland-fish/inland-waterbody-management-plans

For additional information regarding the drawdown, contact Jeff Sibley, LDWF Biologist Manager, at jsibley@wlf.la.gov or 318- 371-3066.