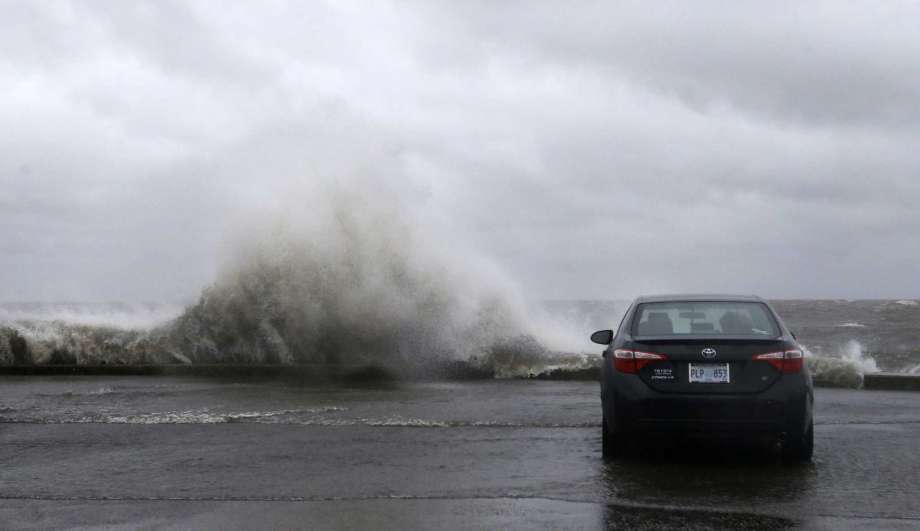 NEW ORLEANS — From the Florida Panhandle to eastern Texas, residents and government officials along the northern Gulf Coast kept an eye on slow-moving Tropical Storm Cindy, which the National Weather Service said posed a threat of “life-threatening flash flooding.”

Rain bands from the weather disturbance in the Gulf of Mexico began pushing ashore Tuesday even before it reached tropical storm strength. It was stationary much of the day Tuesday but was on a lumbering track that would take its center toward southwestern Louisiana and eastern Texas by Wednesday morning.

But the heavy rains were on its east side, meaning the major rain threat — perhaps a foot or more of rain by Thursday — stretched from southeastern Louisiana to the Florida Panhandle.

“We could see this thing park on the west side of the state and dump rain until Saturday,” Mississippi Emergency Management Agency Executive Director Lee Smithson said Tuesday.

Cindy’s maximum sustained winds were near 60 mph (96 kph) Wednesday morning with slight weakening expected to begin Thursday. But the main danger appeared to be from rain.

The prospect had a real estate manager in Mississippi’s coastal Jackson County looking for empty property on higher ground for tenants who might need it.

“We’re expecting it to be really bad,” Mark Cumbest said of possible flooding.

The third tropical storm of 2017, Cindy was 170 miles (274 kilometers) south-southwest of Morgan City, Louisiana as of early Wednesday. Forecasters warned 6 to 9 inches (15-22 cms) of rain and up to 12 inches (30 cms) in spots was the biggest threat in parts of Louisiana, Alabama, Mississippi and the Florida Panhandle, with east Texas getting anywhere from 3 to 6 inches (8-15 cms).

State and local officials in Louisiana and Mississippi were mulling the possibility of emergency declarations.

Alabama Gov. Kay Ivey issued a state of emergency Tuesday because of the threat of torrential rains and other severe weather, including dangerous high tides and rip currents. Double red flags snapped in the wind on the public beach at Gulf Shores in her state, warning visitors to stay out of the pounding surf.

Workers on Grand Isle, Louisiana’s barrier island community south of New Orleans, worked to reinforce a rock levee protecting the island’s vulnerable west side. Officials there decided against calling an evacuation but said in a statement that anyone who wanted to head for the mainland should do so as early as possible because water might eventually cover low-lying parts of the only route off the island.

The Louisiana National Guard dispatched high water vehicles and helicopters into flood-prone areas. The state said the Federal Emergency Management Agency was moving 125,000 meals and 200,000 liters of water into Louisiana.

Already some flooding was reported on Alabama’s Dauphin Island and flood control locks and gates were being
closed along Louisiana’s bayou-marbled coast. Authorities in various coastal Louisiana and Mississippi communities handed out sandbags for areas along rivers and bayous.

A tropical storm warning was in effect from San Luis Pass, Texas, to the Alabama-Florida border.

New Orleans Mayor Mitch Landrieu urged vigilance at a news conference as bands of rain from the system began sweeping over the city.

In coastal Louisiana’s Terrebonne Parish, Kim Chauvin said the shrimp processing businesses she and her husband run helped put out the word Monday that shrimpers should return to port and unload their catch before flood control structures closed.

“We call them, we text them, we Facebook them, we Twitter, them. Any way we can get to them,” she said.

Earl Eues, an emergency official in Terrebonne, said the closing of locks and flood gates began Monday and was being completed Tuesday.

Louisiana and Mississippi parishes and counties made sandbags available to people who wanted to protect homes and businesses.

At the Escatawpa Hollow Campground in Alabama, near the Mississippi State line, owner Larry Godfrey was prepared for flooding that would add to the woes of a rainy spring.

“We’ve had so much rain, we haven’t done any business in about eight weeks because of the rain,” said Godfrey, whose campground typically hosts swimmers and boaters. He said the Escatawpa River, at 15 feet (4.5 meters), would typically be lower than 3 feet (1 meter) at this time of year.