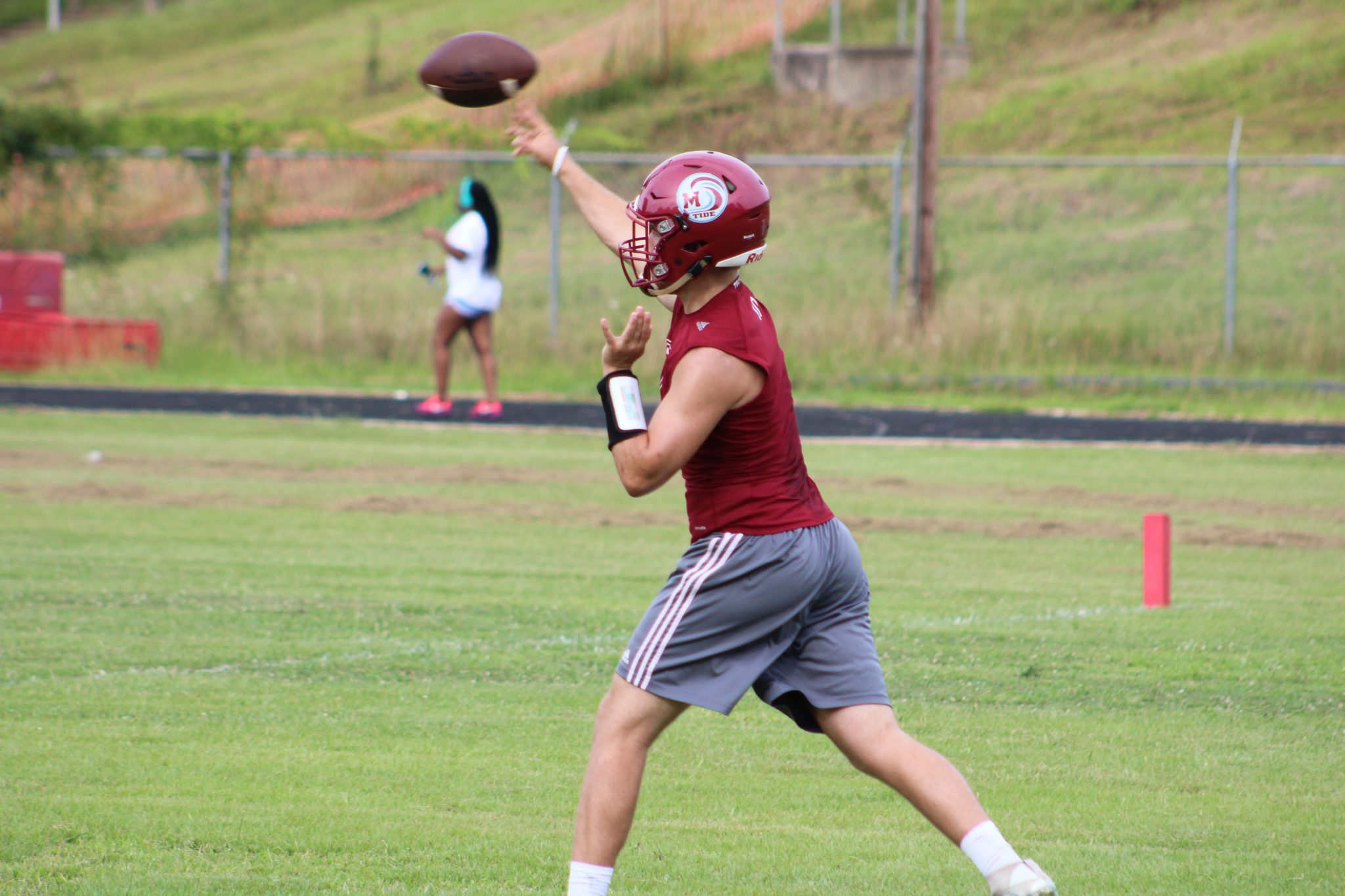 The Minden Crimson Tide looked nothing like a team that lost most of their offensive weapons.

Tuesday saw the high-flying Parkway Panthers visit Minden for a 7-on-7 contest featuring prolific passer and TCU-commit Justin Rogers and one of the top-ranked players in the entire country in Panther receiver Terrace Marshall Jr.

Minden’s own offense came ready as well, armed with senior Glenbrook transfer Seth Tyler and a cast of new faces, not counting Patrick Heard who made a number of highlight-reel plays on the day.

Tyler looked efficient, commanding the underneath passing game and placing a number of deep balls in good spots for his receivers to go get the ball. Tyler finished the day with five touchdowns compared to only one interception on a deep ball heaved near the back of the end zone.

Obviously, with no rush it’s not quite a simulation of Friday nights, but Tyler appears to have a grasp of the system and has improved his decision-making in his short time working with head coach Spencer Heard and offensive assistant and former Arkansas-Monticello/Minden High QB Hunter Leppert.

The Minden defense had their moments, both good and bad, against the powerhouse Panthers. Bobby Britton has slotted in nicely next to Ty Harris at linebacker and Kentravion Rogers and Rodney Johnson seem poised for big seasons in the secondary.

Minden opens their season Sept. 1 in the newly-renovated Pit against Haughton.