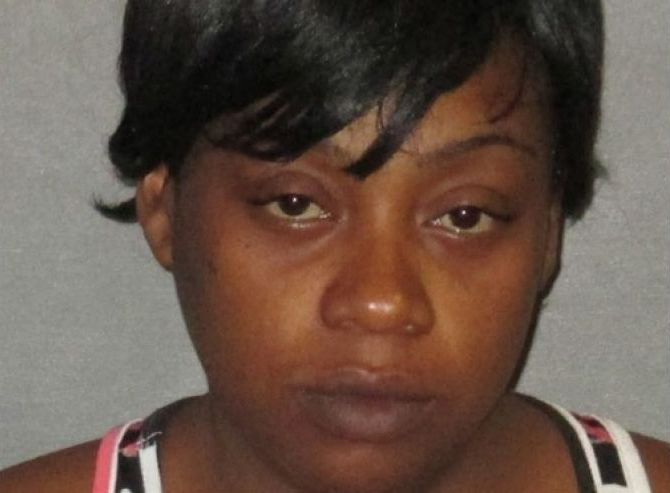 NEW ORLEANS — A Louisiana mother arrested for whipping her three boys after she found out they had burglarized a neighbor’s house has found herself in the national spotlight and is being held up as a model parent by high-ranking state officials.

Schaquana Spears, 30, was arrested Monday in Baton Rouge and charged with two counts of cruelty to juveniles — felony charges. She allegedly whipped her 13- and 12-year-old boys so badly she left marks on their bodies. Lacerations on the 13-year-old’s arms had bled, an East Baton Rouge Sheriff’s Office report said.

In interviews with the media, including one on nationally televised “CBS This Morning,” Spears has said she whipped her children to make sure they do not take to a life of crime. She said the children’s father was in prison and that she didn’t want them to end up there, too.

“I never could imagine trying to be a good mother would end me up in jail with a criminal record, like I’m a predator out to hurt my kids,” she told WBRZ-TV, a Baton Rouge television station. “I didn’t want them to commit another crime.”

She whipped the boys June 17 after she found they had stolen a hoverboard and other items from a neighbor’s house, Brenden Craig, her lawyer, said in a telephone interview.

A sheriff’s report said she whipped them with either an electrical cord or a belt. She also whipped her 10-year-old boy, but not as much as the other two, according to the sheriff’s report.

“She’s a good mom,” Craig said. “She is a loving mother who wants to see her kids do the right thing. She did what any reasonable parent would and should do.”

Since her arrest, she’s received an outpouring of support.

On Wednesday, Louisiana State Treasurer John Kennedy, a Republican running for a U.S. Senate seat, said in a letter to the secretary of the Louisiana Department of Children and Family Services that Spears should not have been arrested for disciplining her children with corporal punishment.

On Friday, Louisiana Attorney General Jeff Landry echoed that sentiment and said in a statement that he was grateful his mother used a rod to teach right from wrong.

“To be a peaceful and moral society, it is imperative our children learn right from wrong,” Landry said. “I am grateful for my loving mother who did not spare the rod to teach this valuable lesson.”
The attorney general said he was reviewing the case because the state faced potential liability, presumably if Spears files a civil suit over the matter.

Landry also said he would determine if Spears’ children were removed from her custody and if the Department of Children and Family Services was justified in doing so.

Catherine Soileau Heitman, press secretary for the Department of Children and Family Services, said a judge on Monday found it was in the best interest of the 13-year-old boy to be placed in the custody of child services and that he was transferred to the custody of a relative Wednesday.

In a statement, Marketa Walters, the head of the Department of Children and Family Services, said discipline “crosses into abuse when it leaves a child cut, burned, bloody or bruised.” She added: “We’re referring to something more than a mere ‘spanking.'”