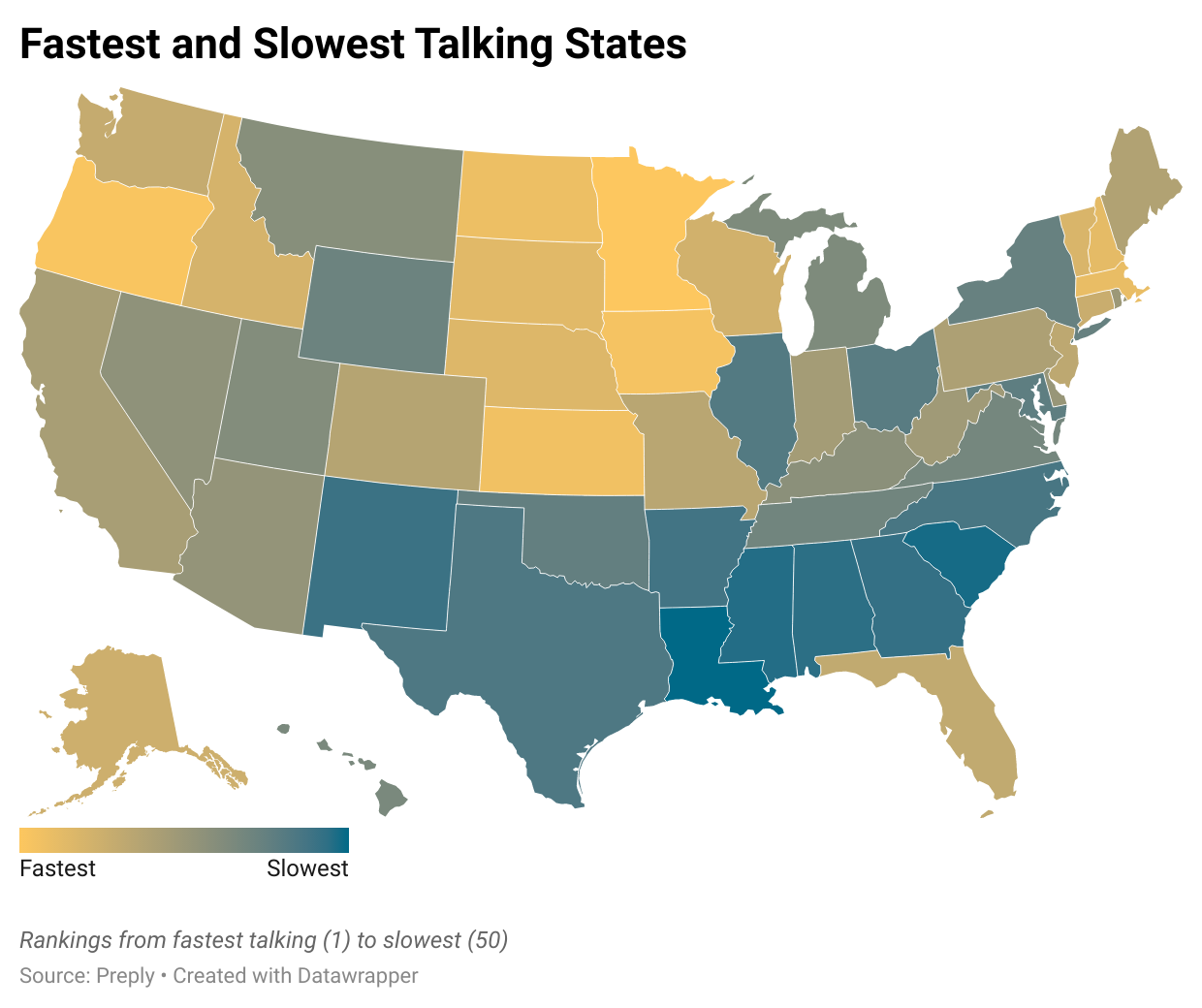 In a new report published this week, the language learning platform Preply revealed which US states have the slowest talkers and which are most talkative.

According to Preply, Americans speak an average of 5 syllables per second. The difference isn’t huge, but it is noticeable: Preply determined that for every five words uttered by a person in a slow-talking state, a person in a fast-talking one can get out six.

The Preply report analyzed data from both studies to rank each of the 50 states, with a rank of one being the fastest-talking and most talkative.

The 10 most talkative states:

“The words people use say a lot about where they come from. We also found the speed and cadence of words reveal where you live.

Our report combined data from two nationally conducted studies to determine cities with the fastest speech rate. We were then able to rank each USA city based on the speed and density of their residents’ speaking.

Our findings suggest that the people that deliver the speediest soliloquies live in Minnesota, and the slowest speakers are from Louisiana. Our results hew to cultural stereotypes that the slowest-talkers are in the South.

The U.S. region that appears most frequently in the ten fastest-talking states is the Midwest, including Minnesota, Iowa, Kansas, North Dakota, South Dakota, and Nebraska. However, although the Midwest talks the fastest, they also speak the least – making them concise during conversations.

The goal of these studies was to take stock of the speech rate and patterns in different regions, big and small, across the United States. In addition, Preply wanted to take some of the data collected from these surveys to see how speech patterns compare across the nation.