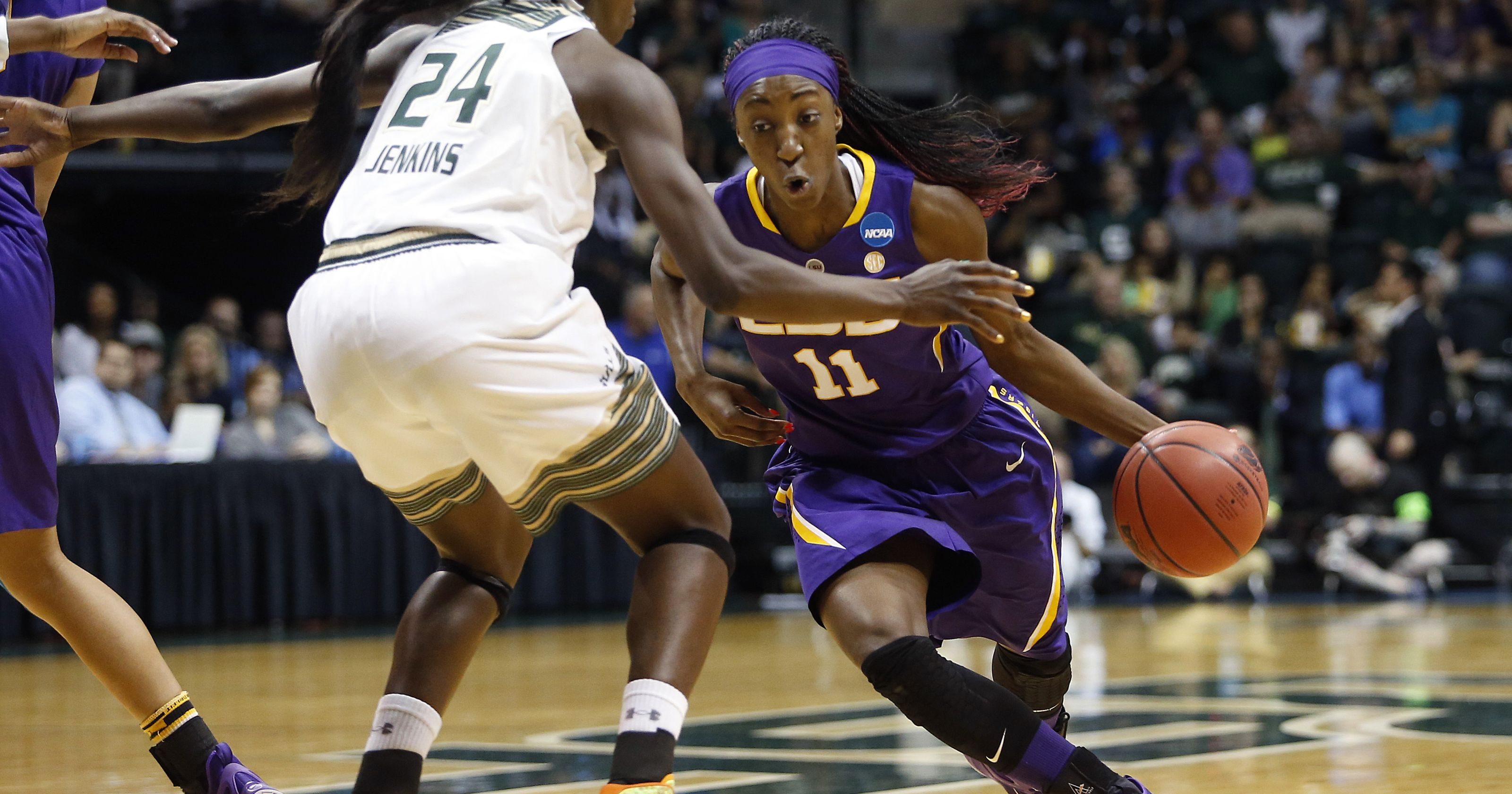 TAMPA, Fla.— LSU made a rare quick exit from the NCAA Tournament.

The Tigers first opening round defeat since a 75-65 setback to Southern Miss in 1990 came before a loud announced crowd of 5,560 in USF’s first ever NCAA home postseason game.

“They executed their game plan better than we did, and I don’t think it had anything to do with the crowd,” LSU guard DaShawn Harden said. “I think it had more to do with us letting them disrupt what we wanted to do.”

“Courtney is an explosive player, and she really pushes tempo for her team,” LSU coach Nikki Caldwell. “I thought her transition game gave us a problem when she was able to get the ball really quickly down the floor.”

“I took a moment and went out there (on the court) and like ‘wow,'” USF coach Jose Fernandez said. “This is what we’ve wanted and worked for.”

Laura Ferreira hit consecutive 3-pointers in the opening minute of the second half to put South Florida up 44-32. Jenkins then made it 46-32 on a layup. Harden made a pair of 3’s that trimmed the LSU deficit to 48-40 3 1-2 minutes into the second half.

Williams broke the South Florida record for points in a season held by Jessica Dickson (682) with a 3-pointer that extended the lead to 60-48 with 13 minutes to play.

Williams had 10 points and Jenkins contributed nine to help USF go ahead 38-32 at the break.

Ballard scored nine and Raigyne Moncrief had eight during the opening 20 minutes. Moncrief finished with 13 points and 10 rebounds.

“They just outhustled us in the first half,” Moncrief said. “They executed their offense, and they executed defensively better than us.”

South Florida: This is the Bulls third NCAA appearance. … USF has its highest seed in this year’s tourney. .., Fernandez led the Bulls to the 2009 WNIT title.

LSU’s season comes to an end.

South Florida, 25th in the AP rankings, will remain on its home court for Monday’s game second round game with Louisville.