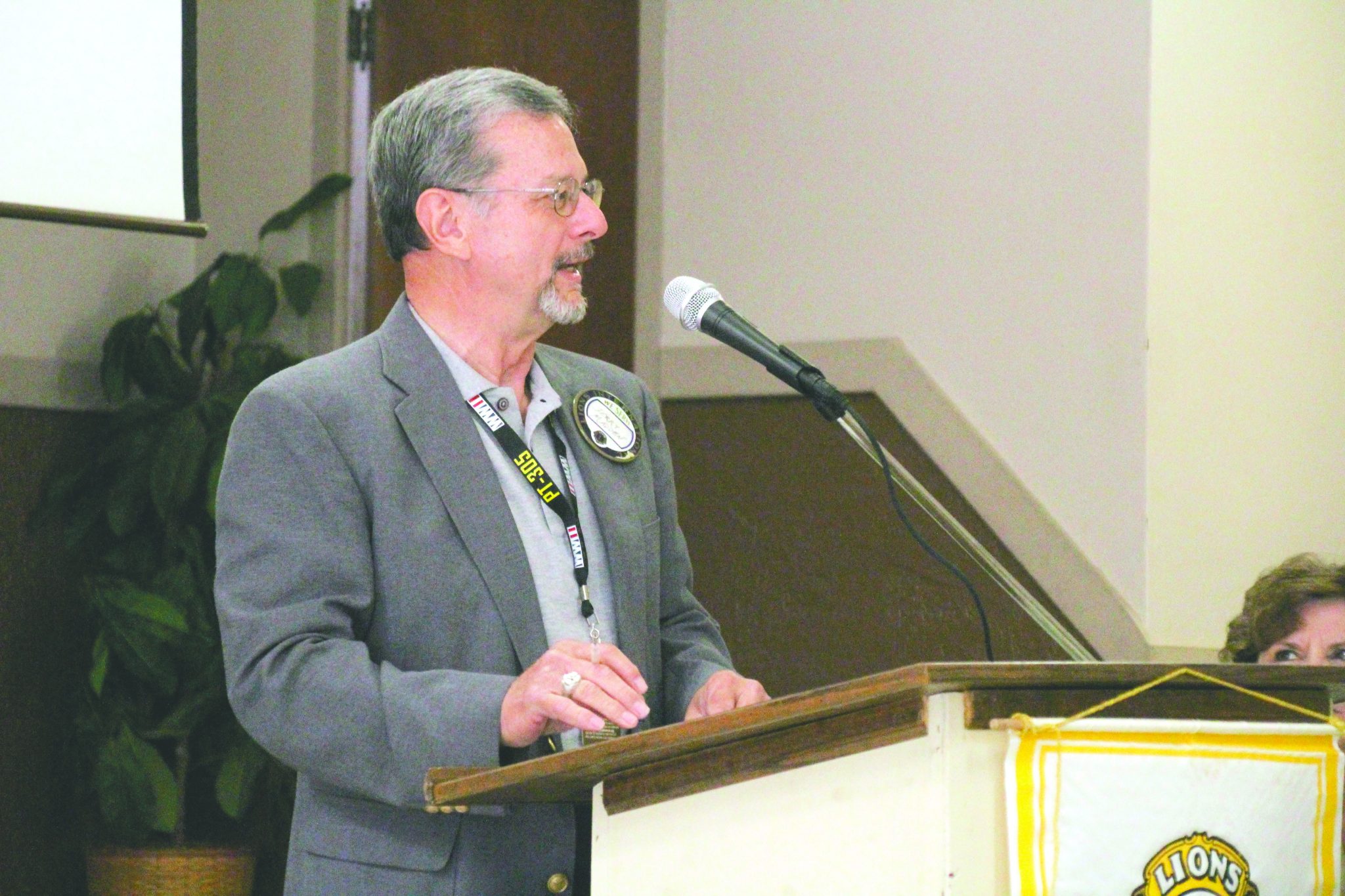 The Minden Lions Club welcomed Lion President Jerry Madden as guest speaker Thursday. Madden shared the history of the PT-305 Naval vessel on display in New Orleans at the National World War II Museum. The vessel was restored over 10 years with help from over 100 volunteers and over $205,000 in donations. PT-305 is the only operational ship of its kind left in the world and took part in over 70 patrol missions. Madden and his wife took a trip in April to ride on the vessel, which has become a popular tourist attraction; rides costs $350 and last 90 minutes.