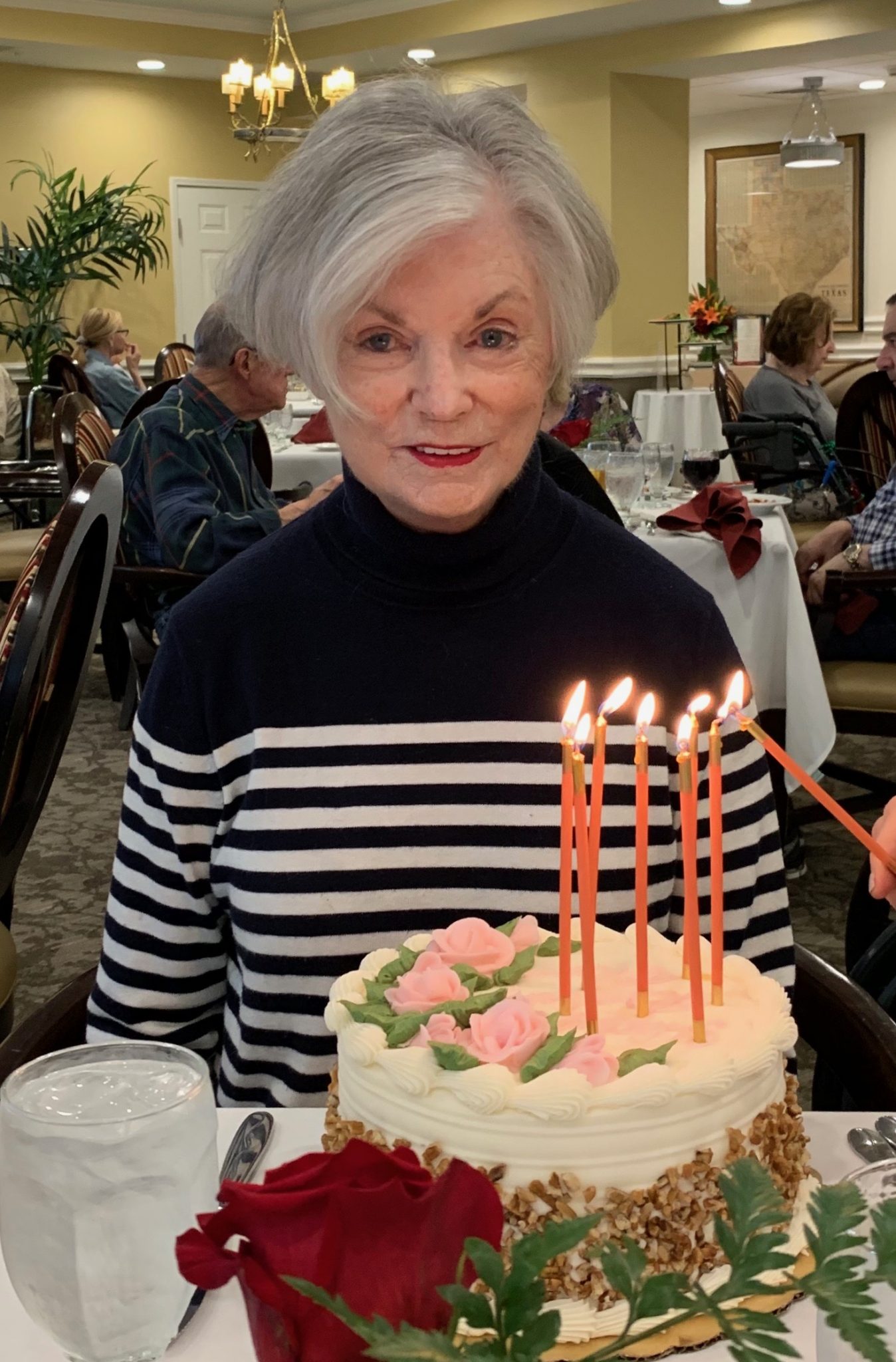 Madelyn Emily Cross was born on April 23, 1927 in Teague, TX to Sarah Jewel and Thomas Jethro Cross. During the Great Depression, the small family moved to her Granddaddy Cross’s farm in Rosston, AR. There, the family grew until Madelyn was the oldest of ten children. Her surviving siblings and their spouses are: Bill and Margaret Cross in Bryant, AR; Sybil Cross Ray (her husband John now deceased) in Minden, LA; Jerry Cross of Camden, AR; and Liz and Richard Skyles in Bossier City, LA.

Madelyn graduated from Willisville High School near Rosston, AR in 1944. She was 17 when she moved to Little Rock to live with her uncle and his wife, and work at the defense plant in Jacksonville, outside the city. Against her daddy’s wishes, she started nursing school before the end of WWII in 1945. She joined as a member of the Cadet Corps which allowed her to attend the three-year program at St. Vincent’s Hospital in Little Rock for free. Besides being paid $21 a month, she also earned one week off per year.

Madelyn graduated from St. Vincent’s program in 1948 when she met her husband, Richard “Dick” Orr Knott, who died in July 2019. They fell in love and were married on May 28, 1950. Dick was recalled by the Navy two years later to return to duty as a sailor in the Korean War. Afterwards, he went to seminary and became a Presbyterian minister and Madelyn became a minister’s wife, a role with similar duties to that of a First Lady. Although she continued working part time as an RN, Madelyn’s full time job was as the preacher’s wife and mother of four. She is survived by her four children: Richard Knott and his wife, Ginia; Mendy Knott and her partner Leigh; Cindy Knott; and LeAnne (Knott) Wyatt and her husband Greg.

Madelyn to her siblings, “little love” to her husband, Mom to her kids, she was called Peachie by five granddaughters and nine great grandchildren. Madelyn was famous among all her family for her cooking, a trait she passed down the family line, along with a cookbook which she co-edited called “Across the ArkLaTex—A Cross Family Cookbook.” She was the ultimate Southern hostess, her style and charm on display at church gatherings, holiday parties, and open houses at the Presbyterian manse. She had many creative gifts which included sewing, gardening, and shopping for sales. Her children inherited many of her finest traits including an enduring respect for education and learning outside the classroom, reading, creativity, and a curiosity which made her a great listener and conversationalist. Madelyn believed “love is a verb” and taught us to be generous and to give of what we have to those less fortunate than us.

Madelyn stowed her “Christmas cash” a little at a time, hiding it in sock drawers and shoeboxes until it was time to shop. Her last act in this world was to choose personalized ornaments for each of her nine great grandchildren, even though she knew she would not live to see the pictures of their smiling faces this holiday. But a gifted imagination allowed her to see them all the same, glittering along the limbs of their family trees, turning in the sparkling lights she loved.

Madelyn Knott, a woman strong in her faith, long on love, and loyal to her husband of 69 years, died on Nov. 8, 2020 at the age of 93, surrounded by her four children. Although she may have thought she left a small footprint on this earth, we know that nobody will ever be able to fill her shoes.

Mom, we will miss you every day. Love, your kids.

Services for Madelyn Knott will be held at Mt. Moriah Church in Arkansas. The date will be announced as soon as all family members are able to attend. In lieu of flowers, we ask that donations be made in her name to St. Jude’s Hospital: http://giftfunds.stjude.org/MadelynKnott