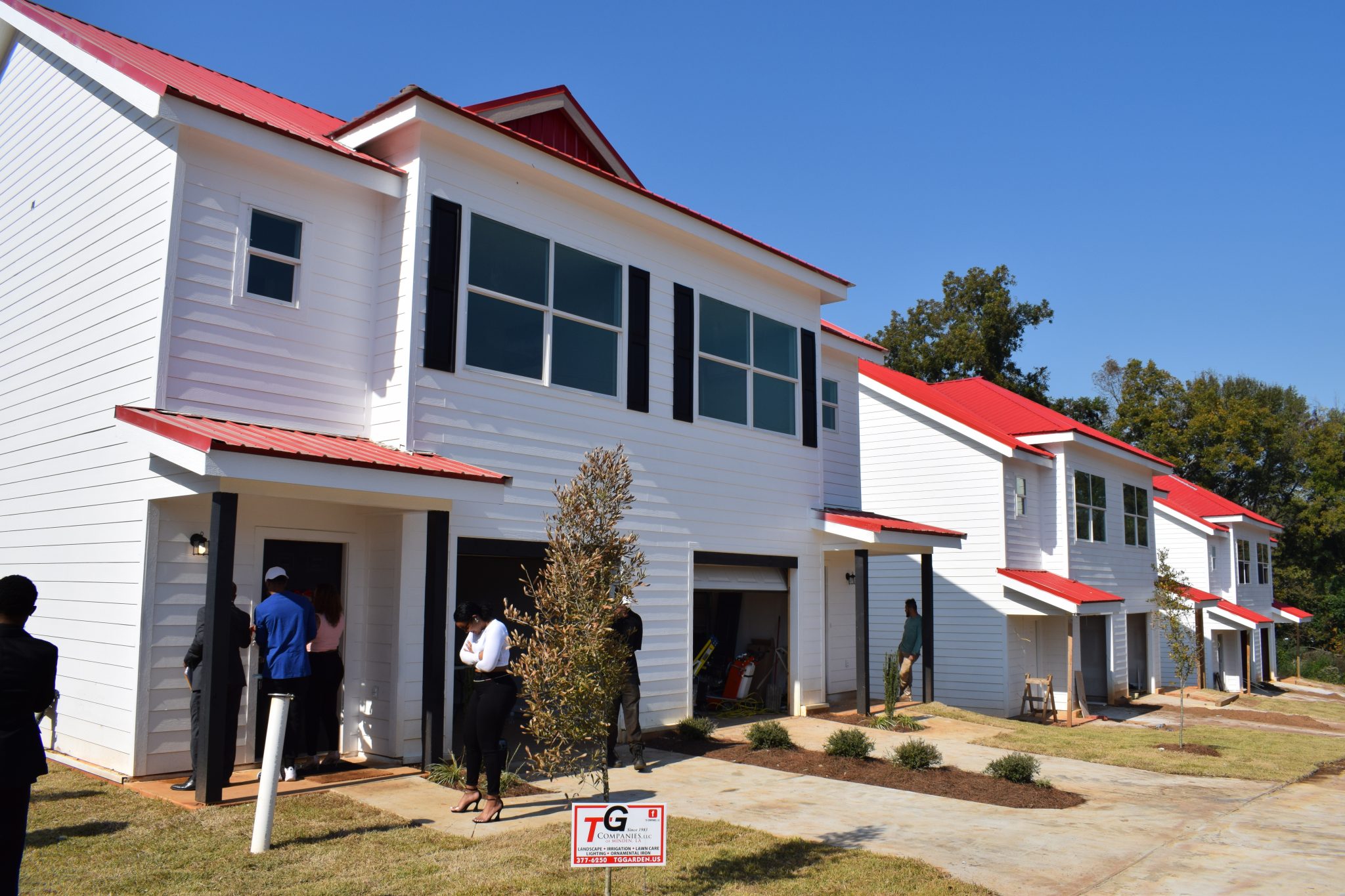 When most people think of affordable income housing, they get the idea of inexpensive materials being used to make a simple yet unremarkable place to live for those who live on tighter budgets. Rick Sims of Noah’s Ark Development, along with other contributors, are subverting the expectations of what affordable housing can be with their recent installation of the Mindenville apartment complexes.

“What made we want to do it was that I saw the need. I’m a developer. We understand that the State of Louisiana, their number one priority, is that every person has safe and decent housing. Even the kid that is living in some substandard housing deserves to live in something new, safe, and decent,” said Sims.

“It’s our passion to try and help people. Our objective is to try and make people’s lives better, and that’s what we do.”

A ribbon cutting was feld last Friday Nov. 13 in order to celebrate the opening of the model completion phase of the first set of apartment complexes. The event was organized by Pastor L. David Punch of the Board of Directors for Noah Arc CDC, who stated, “We want to congratulate him on the work that he’s doing, and part of this ribbon cutting is to celebrate not only this new construction here in Minden, but also the efforts of some valuable partners that are part of this development.”

Located at 424 union Street, these homes have been designed in such a way that if someone were to walk in without realizing it was affordable housing, they would never even be able to distinguish the difference. The interior design of the apartment they showcased wow’d guests of the ribbon cutting once they opened the doors and started letting the guests see the inside.

The man responsible for the beautiful interior design work is Ronald Calhoun of R.K. Construction. “Basically my job was to coordinate the subcontractors in regards to building the whole project, as well as the interior, it was my decision in regards to the color, the flooring, etc,” said Calhoun.

He also stated that he and his son personally worked to install the countertops and epoxy flooring.

“We wanted to give people the mindset, in regards to affordable housing, of, ‘hey, this is nice,’ even though it has the label of low to moderate income. We’re about to do the same thing in Monroe and in Texas too.”

Later during the event, Sims made it a point to share his appreciation for Mayor Terry Gardner and Minden’s Building official Brent Cooley and their help in getting the apartments completed.

There’s a person in here that’s got it this far,and that’s Brent Cooley. People don’t understand his significance. He only cares about the safety of the people, but the only people that can appreciate him are the developers that get to this point where I can open the doors and have power and water, because that’s what he does.

In response, Mayor Gardner stated, “We enjoy our relationship and we want to continue it, because we want to see you put more affordable housing in our city, because that’s what it’s all about, is taking care of our community.”