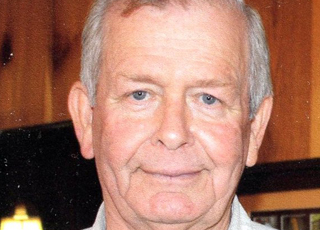 Facebook
Twitter
Linkedin
Email
Print
Funeral services for Mr. Marion Ruel Davis, age 78, will be held at 10 a.m. Wednesday, Sept. 7, 2016 at the Open Door Fellowship Church with the Rev. Tim Everett officiating. Interment will follow in the Springhill Cemetery under the direction of Bailey Funeral Home in Springhill.
Visitation will be held from 5 until 8 p.m. Tuesday at the church.

He was a building contractor for most of his life. The love for this trade was exemplified in the beautiful work he did. Many years ago, it was prophesied that his hands would be used to build the Lord’s house; therefore, he designed and built numerous churches and fellowship halls in the surrounding communities. Rather than payment, he considered many of these works as a labor of love for the Lord. He also built and remodeled homes. He always charged lesser rates because he considered this as part of his ministry of love to helping others.

He also worked for the International Paper Mill for 20 years. He was a charter member of the Open Door Fellowship and also served on the Leadership Team. He loved sharing his faith and love for the Lord with all those he came into contact with. He exhibited the fruits of the Spirit in his life – love, joy, peace, forbearance, kindness, goodness, faithfulness, gentleness and self control.

As a young man, he enjoyed training and riding horses – especially his pick “Golden Boy”. Later in life, he acquired a love for collecting antique cars. His favorite was a 1963 Corvette Stingray with a split window. It was shiney gold and in its original condition.

He had a small farm with his chickens, goats and donkey “Punkin.” He taught each grandchild all about caring for these animals. He even had the baby girls collecting eggs.

He loved his family and was so proud of each one of them. His grandchildren and great-grandchildren were the light of his eye and brought so much joy to him. And…they adored their “Papaw Ruel.” In lieu of flowers, the family asks that you make memorial donations to the Open Door Fellowship, 808 Butler St., Springhill, LA 71075.