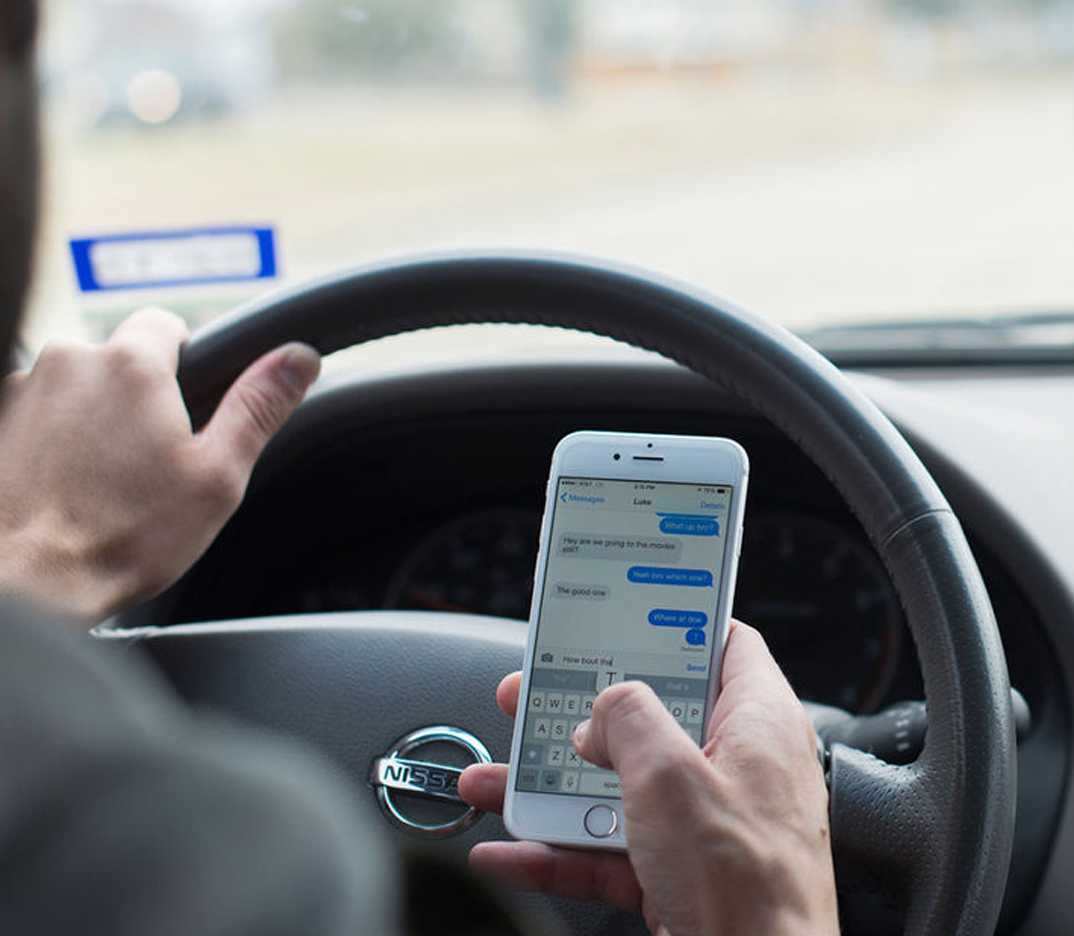 In Louisiana, the legislature made it illegal to text and drive, and just recently increased the fine from $175 to $500. It is a problem, and it’s everywhere, he said.

“It’s hard to enforce unless you see someone doing it,” Cropper said. “We have worked some accidents in the past where people were texting, went through the red light and had an accident. They always deny it, though. It’s hard to enforce, because people keep their phone down.”

He says more important to understand than getting a ticket for texting while driving is the danger involved.

“I’ve seen how quickly you can get off track and cross that center line when texting,” he said. “They say now it’s as dangerous to text and drive as it is to drink and drive.”

The National Highway Traffic Safety Administration estimates nearly 3,500 people were killed in crashes involving distracted drivers in the U.S. and Puerto Rico in 2015, up from almost 3,200 in 2014. The number of deaths in which cellphones were the distraction rose from 406 in 2014 to 476 in 2015.

Many safety advocates say crashes involving cellphones are vastly underreported because police are forced to rely on what they are told by drivers, many of who aren’t going to admit they were using their phones.

“You don’t have to have a breathalyzer or a blood test to see if they are using their phones,” Deborah Hersman, president and chief executive of the National Safety Council and former chair of the National Transportation Safety Board, said. “Certainly, law enforcement can ask people, ‘Can I see your phone?’ but people can refuse, so they then have to get a search warrant.”

Cropper says when a person texts and drives, it pulls their attention away from the road and onto their phone.

“I see more people, even just talking on their phone, get distracted,” he said. “I’ve been traveling down interstate and see a car move like the driver’s been drinking, and you pass them, and they’re on their cellphone.”

The chief says if a person is going to use their phone in the car, a hands-free set is the best way to go. If a person must answer a text, he strongly urges that person to find a safe place to pull over to the side of the road. If it is not something pressing, he says, it’s best to just go on to your destination and then answer the text or call the person.

While efforts to discourage texting while driving have increased in recent years, the consensus among police, safety advocates and drivers is that the problem is only getting worse. Cropper says everyone is doing it, and it is becoming more dangerous by the day.

If the person is involved in a crash due to texting while driving, then the fine “shall be equal to double the amount of the standard fine imposed.”