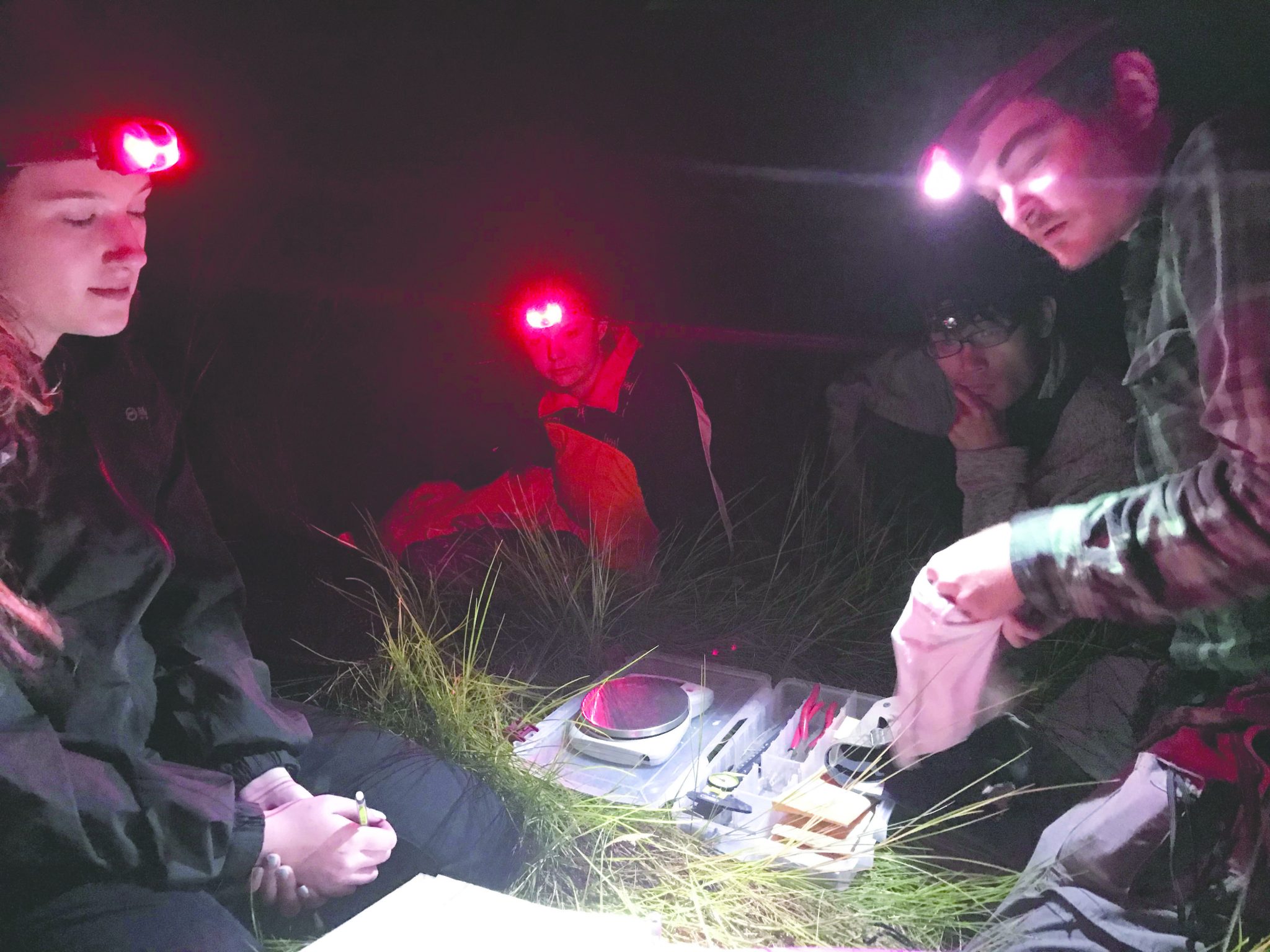 The Minden High School Nature Club is being featured in the February issue of Birding magazine, the official magazine of the American Birding Association.  John Dillon, the founder and co-sponsor of the club, explains that the editor of Birding was very interested in the club’s work in 2018 with biologists from Audubon Louisiana, as they attempted to study rare, elusive species of marsh birds in Southest Louisiana.  Dillon says, “Dr. Erik Johnson, who’s the Director of Bird Conservation for Audubon Louisiana, had found funding a 2-year project to find, catch, and band Yellow Rails and Black Rails, which are basically the two most difficult to find species of bird in North America. When I offered the Nature Club’s assistance, Erik was excited about the idea, and we scheduled some time in the marsh immediately.”

In March, 2018, Dillon, co-sponsor Kim Stanberry, and chaperone Jennifer Heard took 16 of the club members to Cameron Parish to assist Johnson in the field.  Senior Tamerion Phenix explains, “It was the huge field of marsh grass next to the ocean, and it was all done at night so we had to carry flashlights and wear headlamps to look for the birds.  And the grass was waist-high and thick, and it stabs into your clothes.  It was so bad that the sole of one of my boots came off.”  According to Dillon, “The reason for searching for the rails at night was to stall them with the flashlights before they flush so that you hopefully have just enough time to catch one in the net.”

With the help of club members, the biologists caught five Yellow Rails and two Black Rails during a five-hour nighttime search in March.  “That was a huge deal,” says Dillon, “I know bird biologists and birders who have tried to see Black Rails for thirty or forty years and have never seen them.  These were only the sixth and seventh Black Rails ever caught in Louisiana, and kids from the Minden High Nature Club helped do that.  So, I couldn’t have been more proud of their hard work and interest. They gave up half their spring break to do that.”

Black Rails are so rare and elusive that, since the Nature Club’s trip in March, the Eastern subspecies of Black Rail has been proposed as being listed as an Endangered Species.  When asked about the importance and uniqueness of what they were doing, senior Shelby Francis replied, “It’s awesome.  I’ve been in Nature Club for four years, and we always do cool stuff, but this was really special because we got to see these biologists band the birds, take blood samples and measurements, and we got to learn science from them in the field.  And now to think that the work we were doing may be able to help an Endangered Species is incredible.”

After  posting photos online of their success in March, Dillon was contacted by a research scientist from the Smithosonian Marine Science Network, Dr. Seabird McKeon, who asked Dillon if he would be willing to be interviewed about the Nature Club and its history on The Naturalist podcast.  Dillon says, “Dr. McKeon said he had never heard of kids seeing and helping to band Black Rails, and he thought more people needed to hear about what we did.”  Junior Janna Neal was interviewed along with Dillon.  Neal said, “The interview was great.  It made me really happy to know that other biologsts out there had heard about what we were doing and wanted to recognize that.  I mean, you don’t get praise every day from a Smithsonian scientist.”

Dillon and Stanberry took five Nature Club members back to the marsh in November, 2018, during part of their Thanksgiving Break to reunite with the biologists from Audubon Louisiana and search for the rails again.  Stanberry adds, “Nobody understands how much this club focuses on new experiences for the kids.  Both my kids were in it when they were at Minden High, and every time we take kids on  a trip, they all say it’s the coolest thing they’ve ever done. It’s a real blessing as a sponsor to hear these kids talk about it and see the beach for the first time or an alligator or a dolphin for the first time.  I mean, if they play a sport or do cheer, all they ever see on a trip is the inside of a bus or another field or gym.  But what other club or what other high school is offering experiences like the Nature Club offers?  It’s super rare, and Dillon and I see how it makes a difference in their lives.”

The November trip was not as productive as the club’s March trip, but the members all got to see two Black Rails.  Dillon says, “We found two, but both of them got away.  But that happens.  That’s North America’s most elusive bird.  Just seeing them tonight was still significant, but I wish the kids could have gotten to see them in hand.”

Dillon contacted Birding magazine in the fall about the possibilty of submitting an article on the club’s work.  He says, “I can’t wait for it.  This is the magazine’s 50th anniversary, and the February issue is the first of the year.  The fact that the Nature Club is one of the feature articles is amazing to me.  They have over 13,000 subscribers, and all those people are going to see our kids in the club and read about the experiences the kids have had, and I’m just so excited for that.” He adds, “They’ve sent me a digital proof, and the article and photos make up a 10-page spread, so it truly is a feature article.  I can’t wait to hear feedback on it.”

The Minden High School Nature Club was started by John Dillon, English teacher at Minden High, in 2007.  Kim Stanberry joined as co-sponsor in in 2010.  The club has 40-50 dues-paying members each year.  Club members enjoy 7-8 field trips each year, and all field trips are during weekends or holidays.