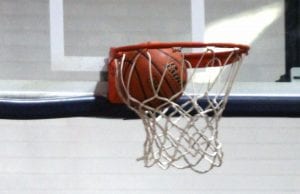 The Minden Crimson Tide let a 10-point fourth-quarter lead slip away in a 40-38 boys basketball loss to Benton Tuesday night at Benton.

Minden scored the first two points of the fourth quarter then made just two free throws the rest of the game.

Benton’s Trey Fisher tied it on a driving layup with 1:55 left. Thanks to missed free throws, Minden had a chance to win or send it into overtime in the final 10 seconds. But a shot just inside the top of the 3-point arc was off the mark.

Missed shots and free throws along with turnovers hurt the Tide in the fourth quarter.

The Lady Knights improved to 5-5. The Lady Tiders dropped to 6-8.