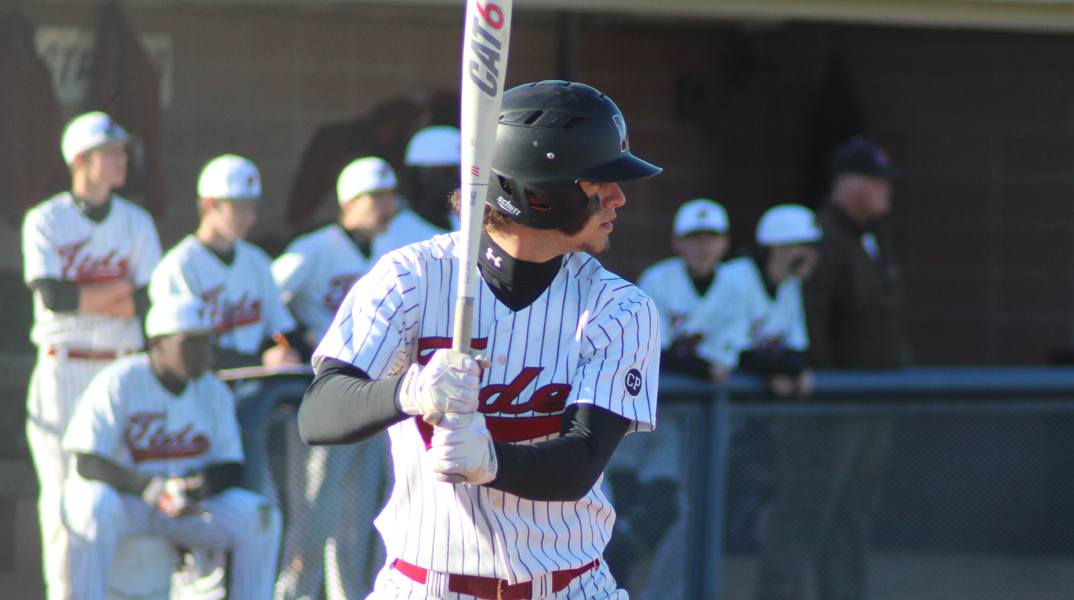 SHREVEPORT – The Minden Crimson Tide put it on the Huntington Raiders Tuesday, 17-0 to improve their district record to 5-5 and remain in good playoff standing for Class 4A.

The game was never in doubt, as Minden poured it on early with a two run first inning and a nine run third.
Clint Ray started on the mound for the Tide, going five strong innings, allowing no runs and one hit, while striking out six.

At the plate it was a hitting frenzy as Minden exploded for 17 hits, 13 RBI and five extra-base hits.
Swinging the hottest bat was senior lefty Austin Keough, going 3-3 with two singles, a triple and three RBI.
Several other Crimson Tiders had big games behind him.

The Tide hit the ball well once again, and got a quality start from Matt Eskew to lead them to the win.
The game only went three innings, as Minden put it on Fair Park early and often. The Crimson Tide scored five runs in the first, four in the second and seven in the third.

The Indians were only able to muster one hit off of Eskew, who tossed all three innings, striking out four and only allowing one earned run.

Austin Keough continued to swing a hot bat, going 3-3 with two doubles, a single and two RBI for Minden.
Over the two days of games, Keough was 6-6 with three singles, two doubles, a triple and five RBI’s.

With the win Minden is in good shape as they await the announcement of the LHSAA playoff brackets.