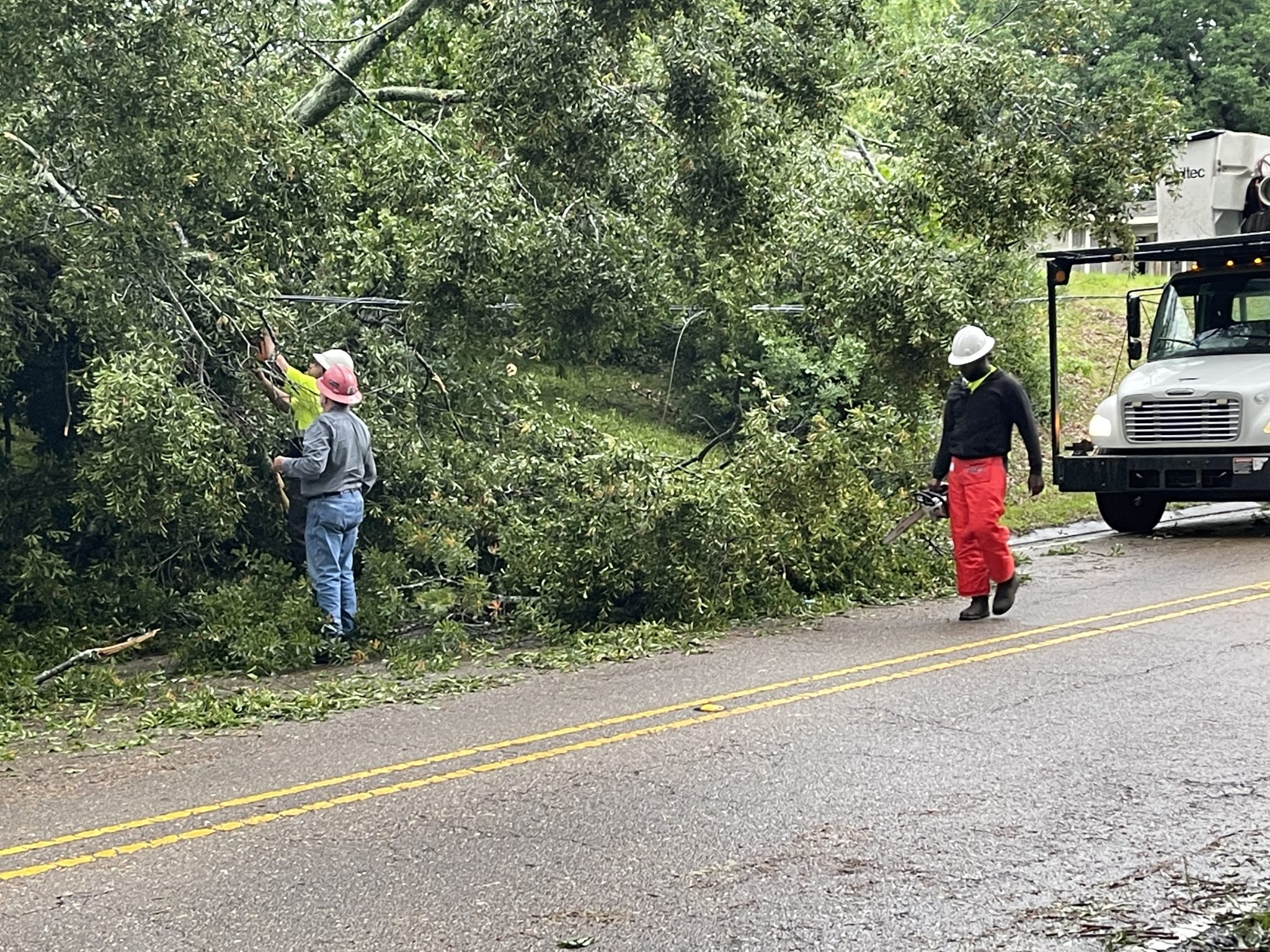 A violent storm came unexpectedly last night bringing down trees and powerlines throughout the City of Minden, leaving residents in some areas without power and roads unfit for travel. According to Brian Williams, Director of the Webster Parish Office of Homeland Security and Emergency Preparedness, it’s even possible that a tornado came through, though an assessment from the National Weather Service is required to be sure.

Most of the damage from the storm is concentrated in the City of Minden, with some other damage seen in the south end of the parish.

“At this point we’re urging that everyone, for their own safety, stay home unless they have to be out, and to wait for the road crews and power crews to get electricity restored and the roadways cleared,” said Williams.

The damage from the storm warranted OSHEP to declare a state of emergency for the parish, which according to Williams, could potentially help the City with the cost of their response.

He also stated that based on what he’s seen, he doesn’t believe there is enough home damage to qualify for FEMA funding, but their office is certainly looking into it.

Mayor Terry Gardner assured that all available City Crews are out clearing roadways and working to get power restored to residents.

“What we’re doing presently is getting all of our main thoroughfares back up. We have two additional line crews on their way to Minden now to help restore power, and two additional tree crews to help remove limbs from power lines,” said Gardner.

He stated that power has been restored to high priority facilities such as the hospital and nursing homes. As far as the residents are concerned, some could see power return in a few hours, while others in more isolated areas may have to wait until tomorrow to see power restored depending on the extent of the damages.

We’re trying to get the largest areas we can power back on that will give us the most bang for our buck. Then we will look into the more isolated areas,” said Gardner.