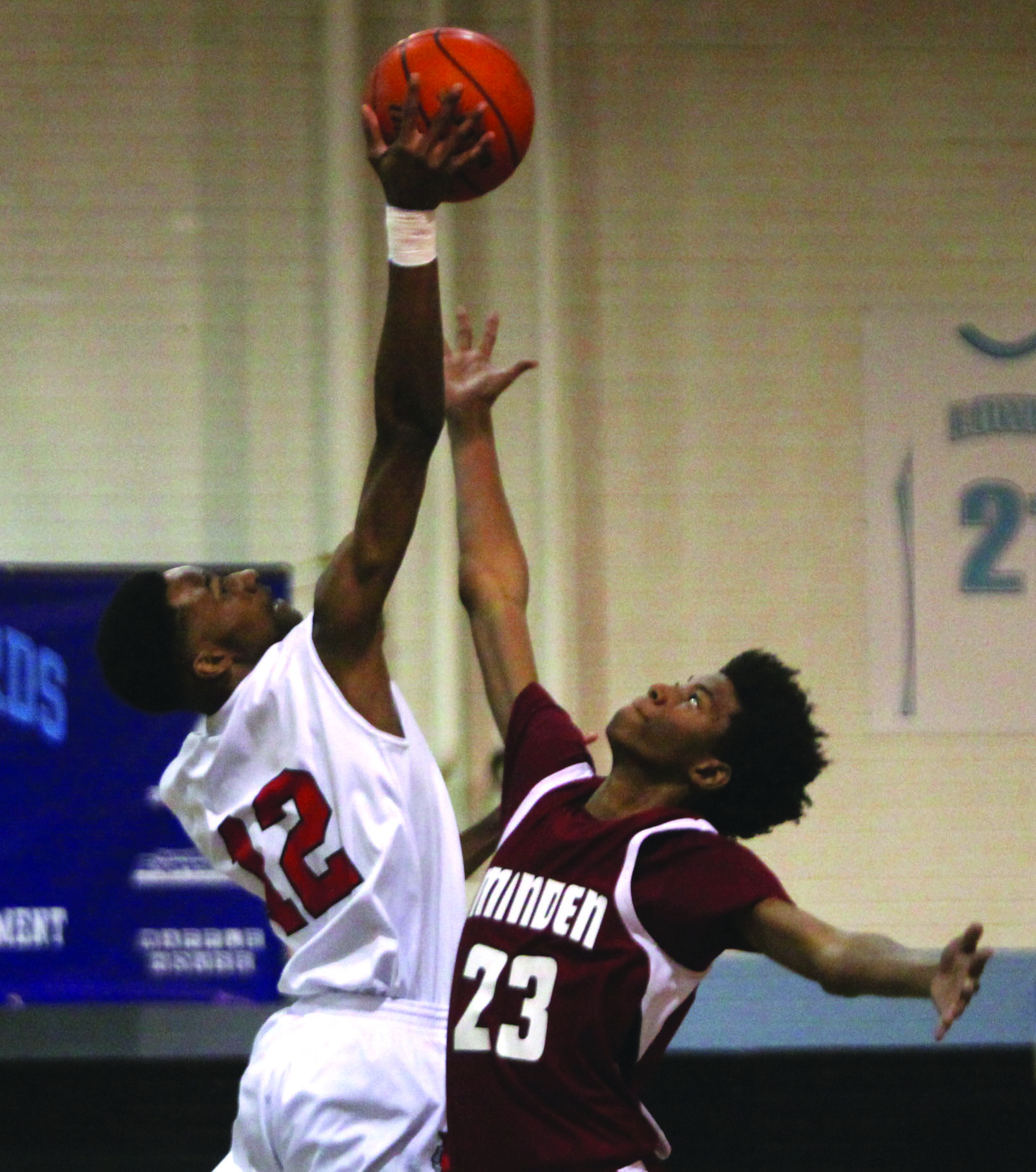 BENTON – The Minden Lady Tiders’ undefeated season hung in the balance as they trailed by four points entering the fourth quarter of Wednesday’s first-round matchup against Red River in the Doc Edwards Memorial Invitational.

It was a thriller for Jacob Brown’s team after having grown accustomed to blowouts so far this season, save for one contest against Mansfield in the Minden Holiday Classic.

“This was a really a good win for our girls,” Minden head coach Jacob Brown said. “We played really unselfish basketball and ran well in transition. After a slow start and feeling like we didn’t have that burst after a short break, we started trying to get high-percentage shots and that got us back in the flow of the game.”

Minden’s comeback began at the third-quarter buzzer when Bre Rodgers ended the quarter with a layup. It continued with Destini Powell knocking down two free throws and adding a layup on a nice feed from Rodgers, then Tayler Banks converted near the basket and Rodgers glided into the lane for a floater that rattled in. By the time Minden’s Whitney Aubrey finished a transition layup with two minutes remaining, the Lady Tiders had taken a commanding 65-51 lead.

“I’m proud of how we overcame adversity tonight,” Brown said. “We missed 19 free throws and didn’t shoot the ball well, but once we started rebounding and getting out in transition it sparked us. Overall, I’m pleased with the result.”

Minden moves into the winner’s bracket where they will face Huntington and the Lady Raiders Thursday night back at Benton Middle School starting at 7 p.m.

Rodgers led the team with 14 points, followed by Banks and Derrica Gilbert with 13 points each, Sha’Terra Batton with 12 and Powell with 11.

The Crimson Tide couldn’t put the ball in the basket consistently against the Parkway Panthers, as Minden now rides a 3-game losing streak.

The Tide will look to get back in the win column Thursday at 2:30 p.m. at Airline High School.