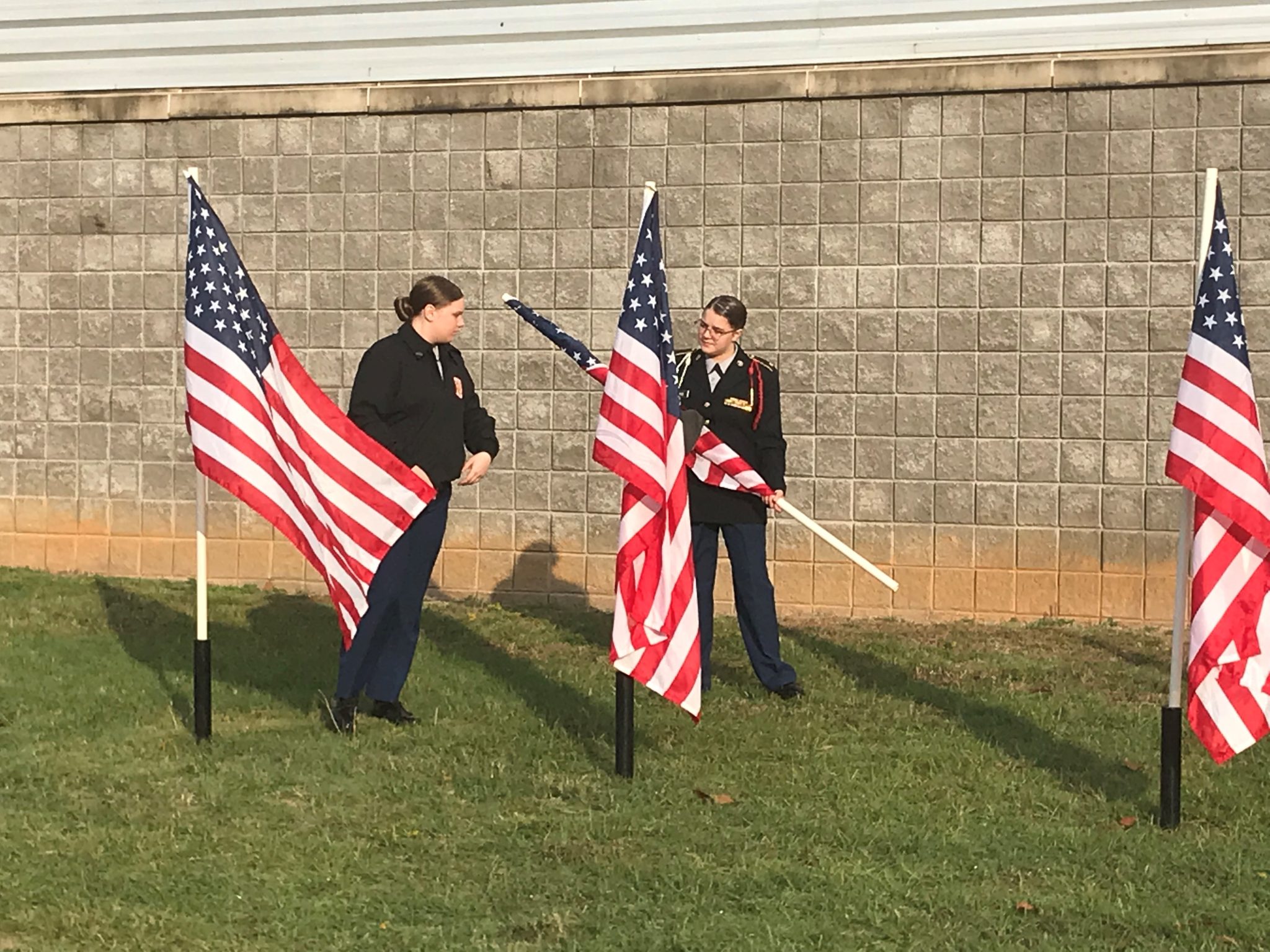 Approximately 70 Minden High School students participate in the JROTC program. It was established 13 years ago under the guidance of retired Lt. Col. Robert Peden who spent 20 years as a U.S. Army pilot. The mission of JROTC is to motivate young people to become better citizens through leadership and discipline.

Today’s event had special meaning for at least one cadet. Battalion Commander Megan Smith, a senior at Minden High School, felt as though she was honoring her mother who is a military veteran.

The school’s JROTC program plans an event every year to honor Veterans Day and the men and women who have served in our nation’s military branches.