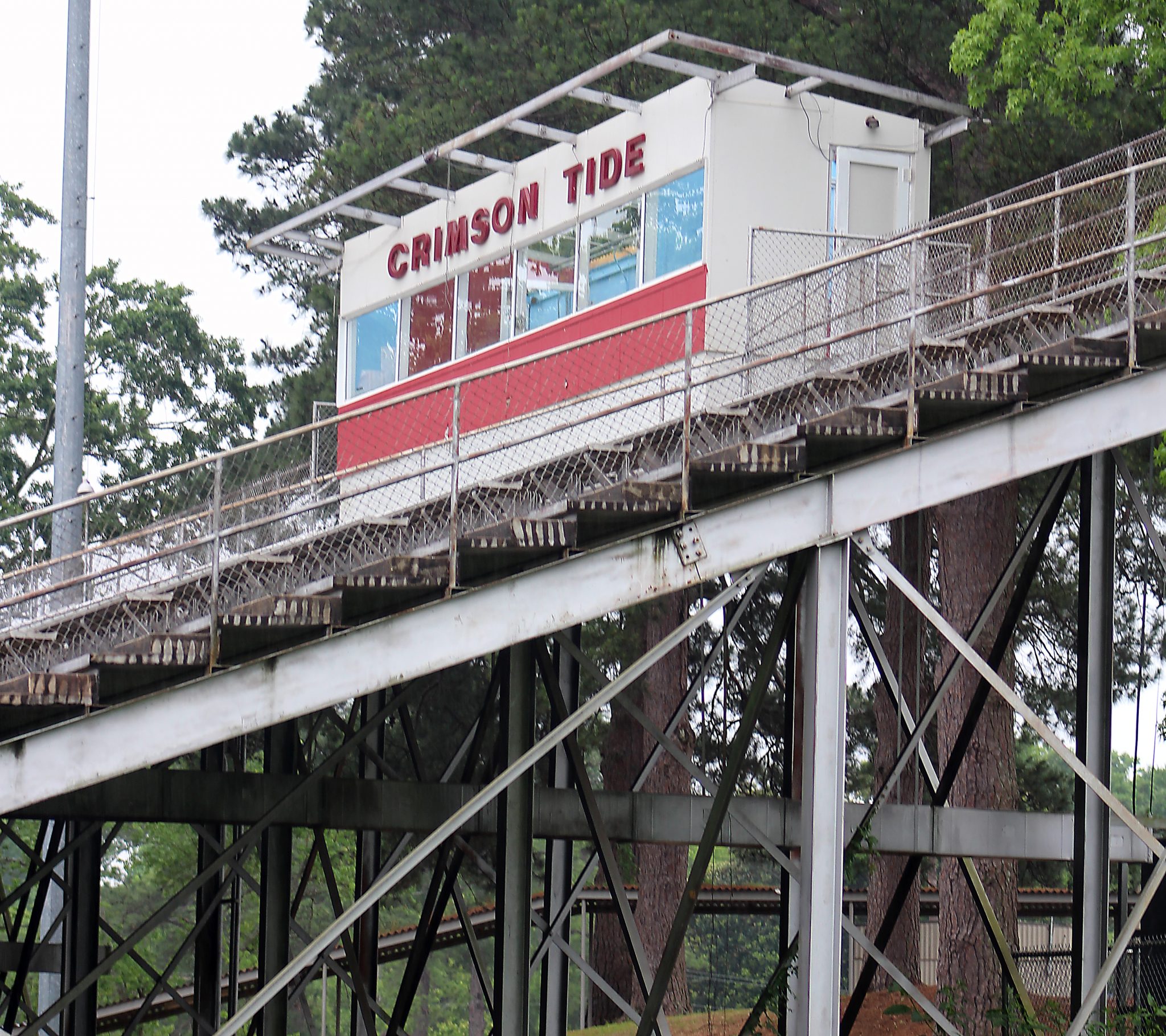 The grandstands at Minden High School’s The Pit will come down.

That was the decision unanimously made by the Webster Parish School Board in a special meeting Thursday. The vote came following a discussion with architect Perry Watson, school officials and those with a vested interest in Minden High School.

Watson, of Yeager, Watson and Associates, addressed repair of the stands, saying while the home side stands can be repaired, it would cost nearly as much, probably more to repair it than to demolish it and build new, up-to-date stands.

“The answer I’ve gotten was that the retaining walls and preferably an open top drainage trench underneath the length of the stadium, and with the backfill and to stabilize the stands is about another $400,000,” he said. “…it’s not just propping it up in the back; it’s solving the ditch problem.”

Tucker says her current concern is where the Crimson Tide will play this coming football season, and the idea is to rent temporary bleachers and place them on the visitors’ side, while demolition and dirt work take place on the home side.

“We contacted a company in Dallas and they can put in bleachers on either side on the visitors side,” she said. “There’s a gray storage building that will need to come down and we’ll have to find a new home for our 9/11 memorial and put the other section on the south side.”

She made it clear that she does not want to make this a permanent solution; so far, this is only for one season.

“After that is the big question mark,” she said.

The current home side will be built up above the floodplain level and leveled out for bleachers for what will temporarily become the visitors’ side.

The cost of all of that is going run roughly $100,000. That includes $49,000 for the rental and set up of the temporary bleachers, the dirt work to backfill the foundation for the new stands and restroom facility rentals.

To build the new stands, Watson says it will cost $1.99 million, with the Federal Emergency Management Agency paying for 85 percent upfront. That equates to about $1.4 million being paid for by FEMA, he said. The demolition will cost $69,000, with that being reimbursed 100 percent by FEMA, Watson added.

Buster Flowers, maintenance supervisor for the Webster Parish School Board, says time was a critical factor in making a decision in that in order for the demolition, foundation dirt work and the installation of the temporary bleachers to take place by the start of football, work needs to begin in June.

As for the old boys’ gymnasium, no final decision has been made. The gymnasium, as well as the home stands at The Pit, is currently undergoing mold and asbestos abatement due to the flooding.

The next step will now be to begin discussion on a long-term solution for the stadium.

Head Football Coach Spencer Heard says until the drainage issue is fixed, they will continue to have problems.

The issue is when heavy rains come, run off water flows southward, flooding the fields ultimately heading to Mile Creek. Part of the reason for the flooding, Heard feels, is because the drainage system gets blocked by debris.

“To me the overriding thing is the drainage,” he said. “I know that we’re talking about the stadium and the seating, but if you really get down to the root of the problem, it’s related to the drainage. If you don’t solve that, when we’re all gone 20 or 30 years from now, somebody is going to be sitting here dealing with this same problem. The door has been opened for us to do something good for this generation of kids and future generations of kids that come through Minden High School.”