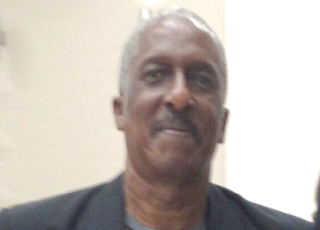 Facebook
Twitter
Linkedin
Email
Print
Marcus Ray Cary, affectionately known as “Hook,” was born Aug. 12, 1949 in Minden to the union of the late Kinlock Cary Jr and Ruth Warren Cary. He was the third of six children.

Marcus accepted Christ at an early age and was baptized at St. Rest Baptist Church in Minden.

Marcus was a proud graduate of the Webster High School Class of 1968. After graduation, he served his country in the United States Navy. Following in his father’s footsteps, he began working for L&A and KCS Railroad Company. He retired after more than 30 years.

Relocating from Dallas back home to Minden, he united with the Growing Valley Baptist Church where he diligently served as vice-president of the Usher Board for several years.

During the early hours of Sunday, May 15, 2016, Marcus made his transition to heaven.

Marcus is preceded in death by his parents, nephew, Damien and brother-in law,Thomas Cowart.

Memorial services will be held Saturday, May 21, 2016 at 1 p.m. at Growing Valley Baptist Church, located at 1686 Fuller Road in Minden.

Online guestbook may be signed at www.auldsfuneral.com.