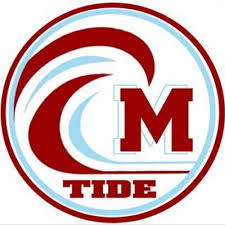 Jackets in school, other issues in dispute

Minden High School principal Becky Wilson held an assembly for all juniors and seniors Wednesday in response to plans for a student-led protest. Students made plans through social media to protest Thursday at 10:56 a.m. against the school’s policy against wearing jackets in school with temperatures being cold within the classrooms and other unnamed issues.

“I want you to know that I’ve spent the majority of my day working with supervisors, coordinators, and the superintendent to make sure we hear what you are saying,” Wilson said at the assembly.

Wilson said she understood that students were cold and the school does not have control over the temperature in the building. She said maintenance employees were assessing the temperature and what they could do to solve the problem.
“I’m coming to you with some solutions today,” Wilson said, “You deserve an environment where it is warm and comfortable for you to learn. Starting tomorrow, hopefully, we’ll be able to get the company in to fix this for us.”

Wilson also announced that she is starting a principal’s advisory council to hear student concerns.

“I want to hear what you have to say. I shouldn’t have to hear it using screenshots of Snapchat messages,” Wilson said.

She made forms available at the assembly and encouraged students to sign up.

“I want you to know this is a way to be heard,” Wilson said.

Wilson encouraged students to stay in class on Wednesday and to talk to administrators, teachers and counselors about any concerns they may have.

Uniform policies were changed this year after a safety auditor’s suggestion. Parents, students, teachers, community leaders and administrators met in the spring to make this decision. All students are allowed to wear uniform t-shirts, long-sleeve t-shirts, sweatshirts and uniformed-colored undershirts. Students may wear jackets or coats to school but must put them in a locker or in their backpack once they arrive.

“Now when you walk through our halls, cafeteria and classrooms, you know every one of these students goes to Minden High School,” Wilson said in an interview with the Minden Press-Herald.