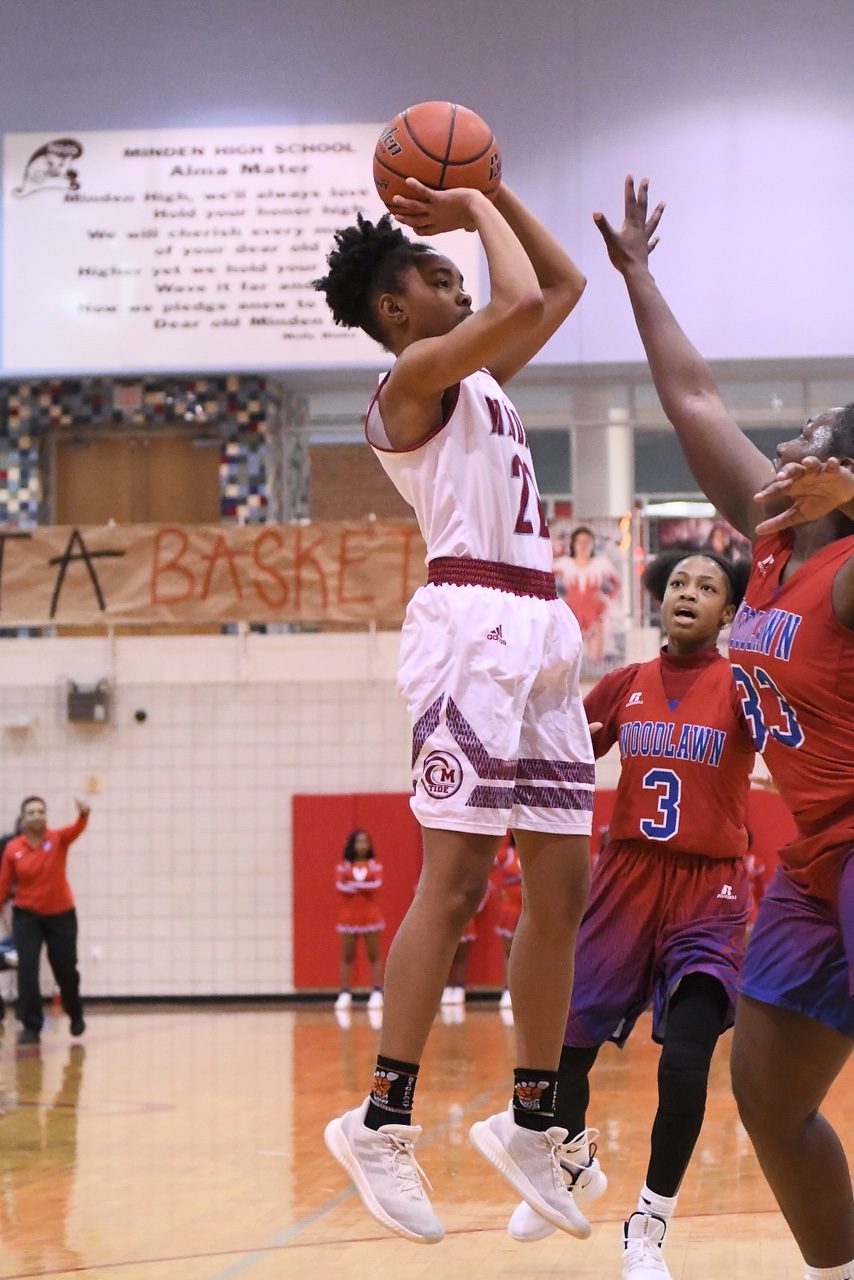 The Lady Tiders took their seventh-consecutive game in a 52-38 win over Woodlawn on Friday night at The Palace.

“I’m proud of our girls for finding a way tonight to accomplish one of our goals in winning our twentieth game of the season,” Minden head coach Jacob Brown said. “The next most important goal is to win the district title.”

Minden led by only one point after one quarter, but turned on the jets to go on a 31-15 run over the next two quarters to take a commanding lead.

“In the second quarter we went on a pretty good run and that started with solid man-to-man defense that we had throughout the night,” Brown said. “We made some offensive adjustments in the third quarter that helped us find some openings in the zone.”

Woodlawn won the fourth quarter 15-12, but the damage was done.

“We did more good than bad tonight, and I’m proud of what we’ve done up to this point in the season,” Brown said.

“The next challenge for us is just the game in front of us, which is Northwood on Tuesday,” Brown said. “Our team is ready for that challenge.”