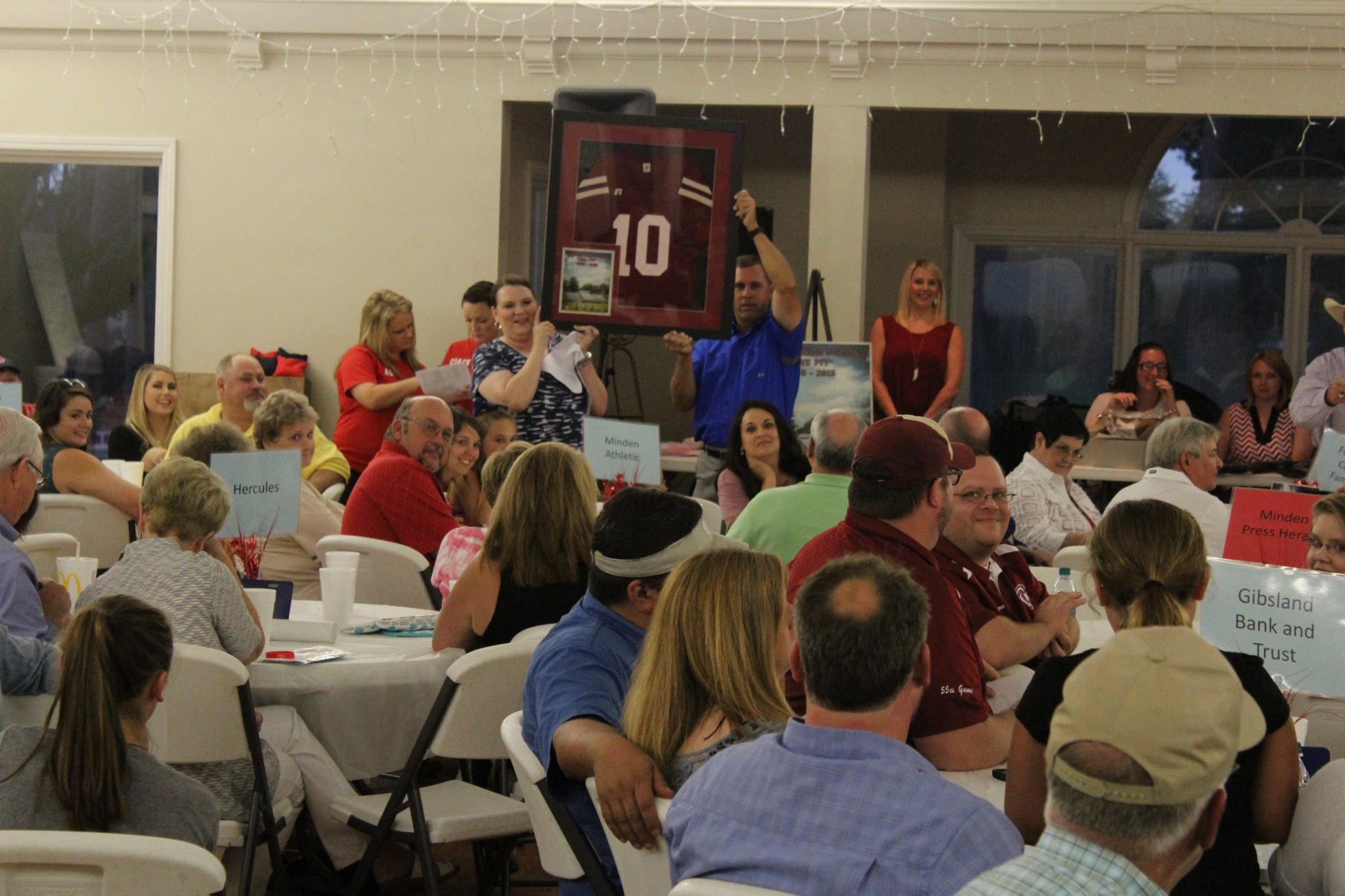 Those with the thickest wallets, mark your calendars.

The Minden-Lakeside Auction, to be held July 29, is set for an even larger stage in year two with raffle items galore ready to be sold in the name of benefiting the Minden High and Lakeside athletic programs. After a triumphant first year at Pine Hills Country Club, it was decided the event would outgrow the venue, prompting Minden High Principal Robin Tucker and Lakeside Principal Denny Finley to move this year’s festivities to the Minden Civic Center.

“We’re looking forward to another great auction and great night of fellowship between both schools,” Tucker said. “It was such a huge event last year that we knew we would need more space, so we were able to secure the Civic Center a year in advance. This way we’ll have more room for all the people and places to sit.”

To Tucker’s point, last year’s crowd overflowed the reception room and spilled outside onto the patio of Pine Hills. The great response from citizens and supporters of both schools came with only a month’s notice and little promotion, setting the stage for what they hope to be an even better 2017 version of the event.
Last year’s auction raised more than $20,000 for the Minden athletic program and Lakeside took home more than $15,000.

“People came out from everywhere,” Tucker said. “And I think it’s because people were happy to see Minden and Lakeside working together. The auction did so much for both athletic programs, and we want to be very good stewards of the resources our businesses and locals in the community give to us. Having one big event like this, instead of going to people over and over and over again, makes it easier on them.”

Patrons are encouraged to come out early and enjoy a night of fun and fellowship as the Crimson Tide and Warriors look to continue what was a wildly-successful 2016-17 athletic year for both schools.