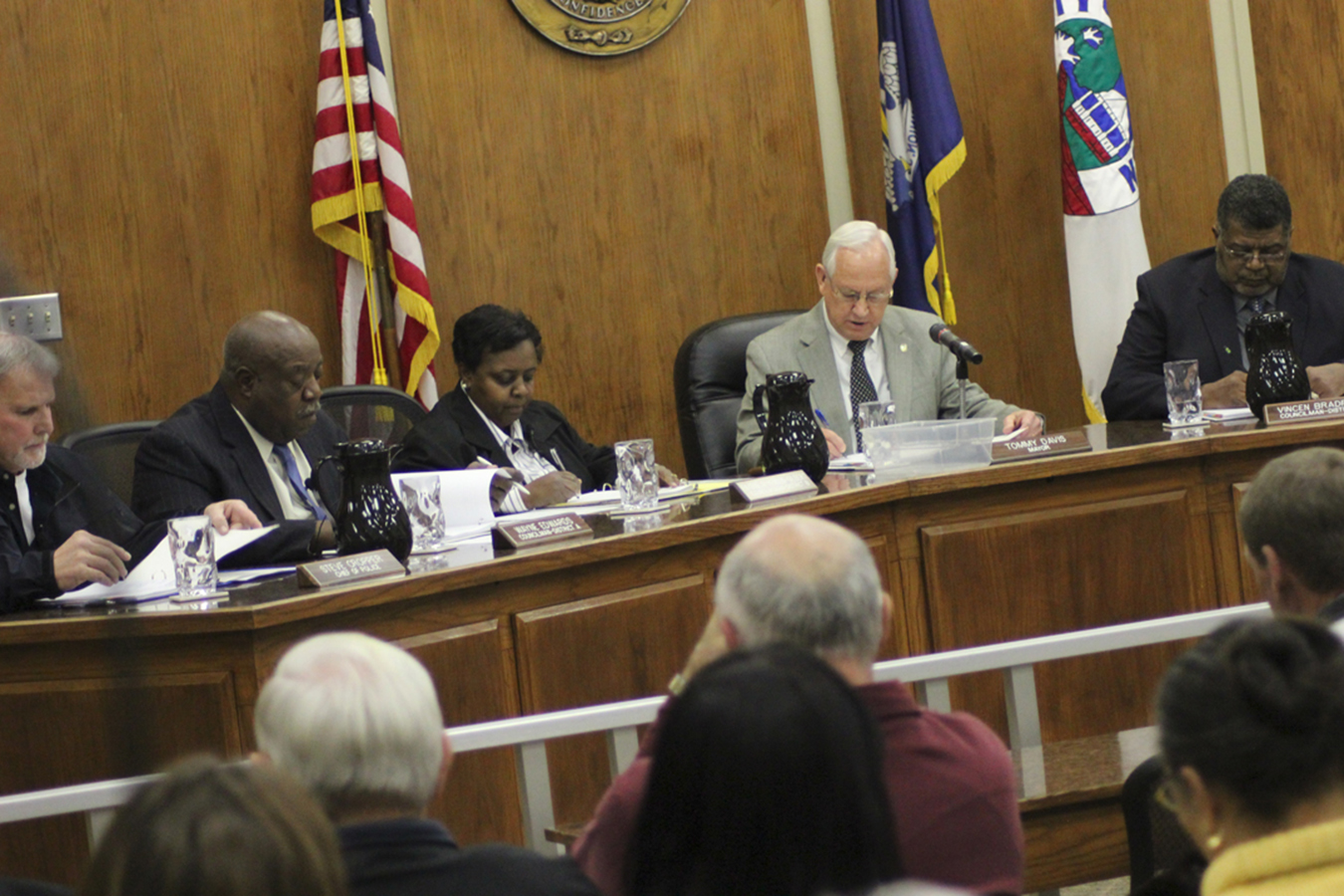 Discussion on the city’s contract with SWEPCO went behind closed doors Thursday as the Minden City Council talked about ways to reduce the cost of electricity for its citizens.

Even though the council did not take a vote – as required by law – to go into executive session to discuss the issue, Mayor Tommy Davis says the end result could include possible litigation.

“We want to take steps to see what we can do to either modify our contract and reduce our cost and be able to negotiate with SWEPCO, or in the long-term, maybe get out of our contract,” he said.

The city is in year seven of a 20-year contract with SWEPCO to provide electricity. Davis says the city is paying too much and wants to find a way to reduce the costs to the citizens of Minden.

The current agreement replaces the contract set in December 2008. It was renewed Oct. 15, 2010 and was renewed again in 2014. The contract is more than 100 pages and outlines in detail the services it provides to the city.

Davis says no clause in the contract gives the city an out without causing a breach of contract.

“We’re just looking at it, and we’re having an attorney look at it,” he said in a separate interview following an October workshop. “There’s not a definite clause in there for us to get out of it. For them there is, but for us there’s not.”

The city pays in the millions of dollars each year for electricity, and he said October’s bill was over $1 million.

However, city clerk Michael Fluhr noted payments to SWEPCO do not represent the entire cost of providing electricity to its customers.

A customer’s bill, according to the contract, includes the amount of power and energy delivered during the preceding billing period, the demand and energy charges for requirements services provided during the preceding billing period, the amount of Minden Generation Capacity Credit, the energy delivery requirement, the gas index price, and the reimbursement amount for generator fuel, and the amounts due either party from the other for services or reimbursements not included in any of the other charges, including, but not limited to, applicable taxes, fees and assessments.