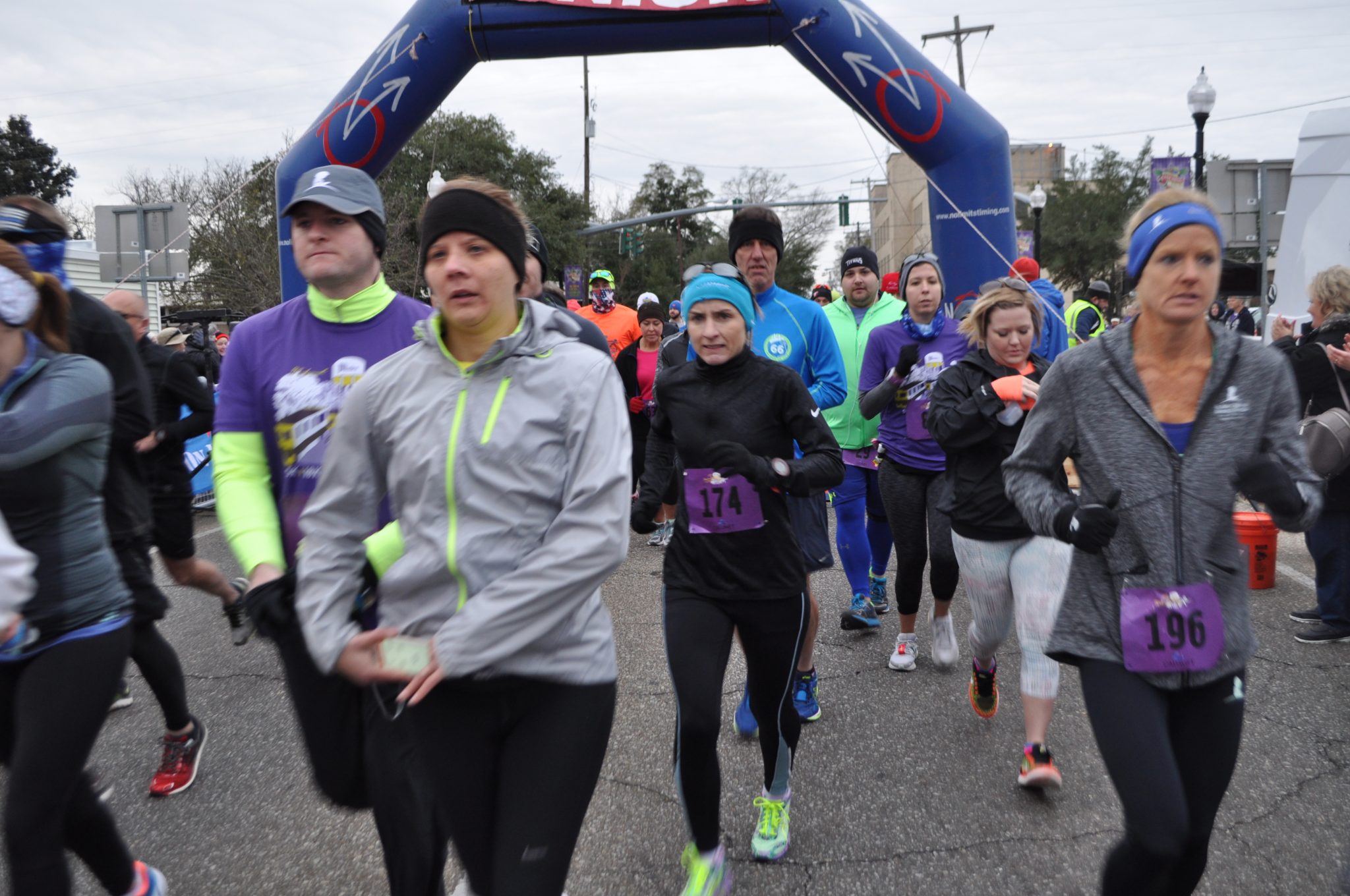 The ninth annual Minden Run for St. Jude raised more than $70,000 for the cancer hospital in Memphis Saturday.

With several activities taking place Saturday morning during the 41st annual Minden St. Jude auction, Run Coordinator Erin Ramsey said they had about 1,500 participants in the different categories of the race.

“We start signing participants up in December, and most of our runners will come back year to year and run,” she said. “Next year will be our 10th year, and we’re looking to bring lots of awesome stuff for people who come out. We have a lot of good participation from everybody who comes and supports the race because it’s for St. Jude.”

Runners could choose among a 5K, 10K or half-marathon race, and children participated in the Children’s Fun Run. Superheroes, such as Spiderman, Batman, Thor and Superman, were on hand to encourage the young ones to finish the race.

Ramsey praised the sponsors and everyone who came out to support the run.

“We have some awesome sponsors every year, and that’s why we’re able to give so much to St. Jude,” she said.

Female 19 and Under: Kailey Brookshire

Three team awards were also presented to the top teams to sign up the most runners. The top business team was MBL Bank, the top social team was Team Dylan and the top school team was Glenbrook School.