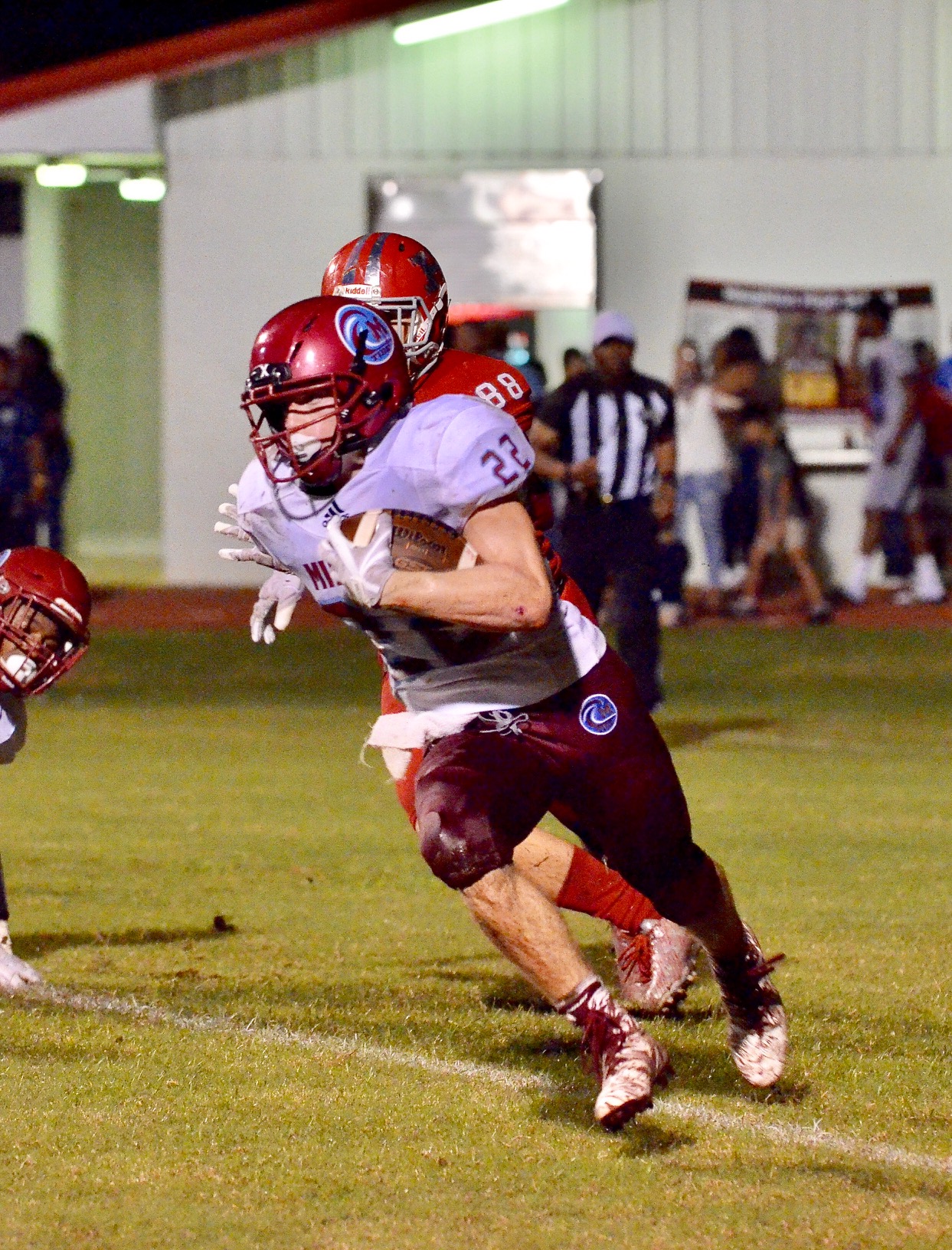 SHREVEPORT – Don’t look at the stats. Try to focus on the bottom line.

Minden wasn’t particularly sharp Friday night against Booker T. Washington at Leonard C. Barnes Stadium. The Tide are still making mistakes that head coach Spencer Heard would rather not see at the midway mark of the regular season, and they almost doomed the Crimson Tide in a 1-4A clash most assumed would go Minden’s way. The Lions had opportunities to tie or take the lead in the fourth quarter, but, like they’ve done for four-straight weeks now, Minden prevailed, this time in a 27-24 bout that went the distance.

And that’s the bottom line.

Coming into this contest, Heard hailed the talent on the BTW sideline and warned of the dangers involved when taking on a 1-4A opponent.

His point was proven just two minutes and 37 seconds into the first quarter when the Lions’ Tahje Greene got loose for a 25-yard rushing score to put BTW on top 6-0.

Minden didn’t waste much time getting even, as the Tide’s special teams forced a botched BTW punt and took over at the Lions’ 9-yard line. Zack Gage carried for 8 yards down to the 1-yard line where Decoriun Brim finished off the two-play drive with an easy rushing touchdown to tie the score at 6-6.

Early in the second quarter, the Lions reclaimed the lead with a methodical drive capped by a Ly’Tavious Anderson 36-yard TD scamper. Greene attempted the extra point but was unsuccessful as BTW led 12-6.

Patrick Heard answered with his second touchdown of the game from 19-yards out only 3 minutes later, but Minden allowed Greene and BTW to drive and score right back, then turned the ball over leading to another Lions’ touchdown as time expired in the first half.

Trailing 24-13 at intermission, the Tide’s defense came out with some adjustments to the Lion passing game and a new attitude, pitching a shutout in the second half. That allowed Minden’s offense to stay patient and work out the kinks, eventually leading to a 25-yard Seth Tyler touchdown run at the 5:55 mark of the third quarter.

Still trailing, Minden’s defense came up with the play of the night when cornerback Jacareon Lathan popped in front of a Greene pass for an interception, returning the ball all the way from deep in Tide territory back to the Lions’ 1-yard line before running out of gas.

Patrick Heard was a sure bet from 3-feet away, barreling in for the go-ahead score.

BTW ran 68 offensive plays for 454 yards compared to only 41 plays and 173 yards for Minden. The Lions were also penalized 16 times for 114 yards to only 35 yards on 3 penalties for the Tide.

For Minden, their district record remains unblemished heading into this week’s pivotal home game in The Pit against the Benton Tigers. However, they’ll need to play much better in order to keep it that way.