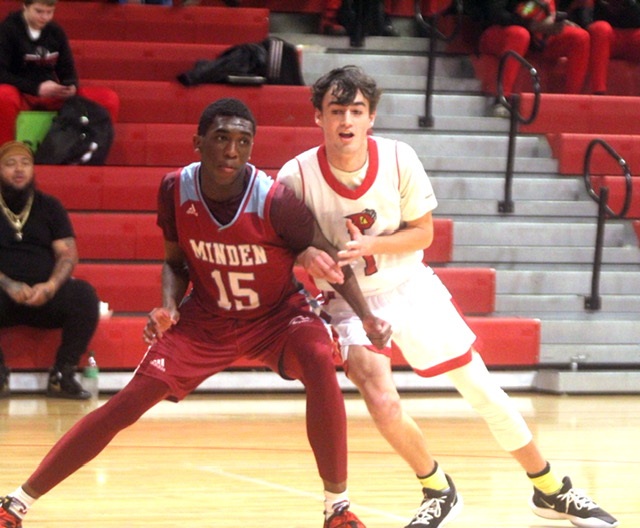 The Minden boys and girls teams are among the 30 competing in the annual “Doc” Edwards Invitational basketball tournament, which starts Wednesday.

The Crimson Tide (7-9) plays Hornbeck in the first round at 3 p.m. at Airline. The Lady Tiders (6-8) face Winnfield at 3 at Cope Middle School.

Games will be played at Airline, Greenacres Middle and Cope Middle Wednesday. All games on the final day Friday will be at Airline.

The Wednesday games at Greenacres were originally scheduled for Benton High, but plumbing issues caused by the freeze caused them to be moved. It hasn’t been determined if Benton will be ready for games Thursday. There will be games at Airline.

The Lady Vikings and Lady Tigers are in opposite brackets so they could meet in the finals again. Both are having solid seasons.

Haughton (13-4) has also enjoyed success in the first half of the season.

Some of the players to watch in the girls division include Airline’s Endia Pradier, Benton’s Marissa Schoth, Haughton’s Sara White and Skylar Branch and Gibsland-Coleman-Coleman’s Samora Sampson. Sampson was first-team All-State last season as a freshman.

Captain Shreve (10-3) is back to defend its boys title. The Gators defeated Booker T. Washington 59-45 in the championship game last season. BTW (6-6) is also back.

Perennial Class 4A power Huntington (9-5) could also contend for the title. The Raiders reached the semifinals of the playoffs last season.