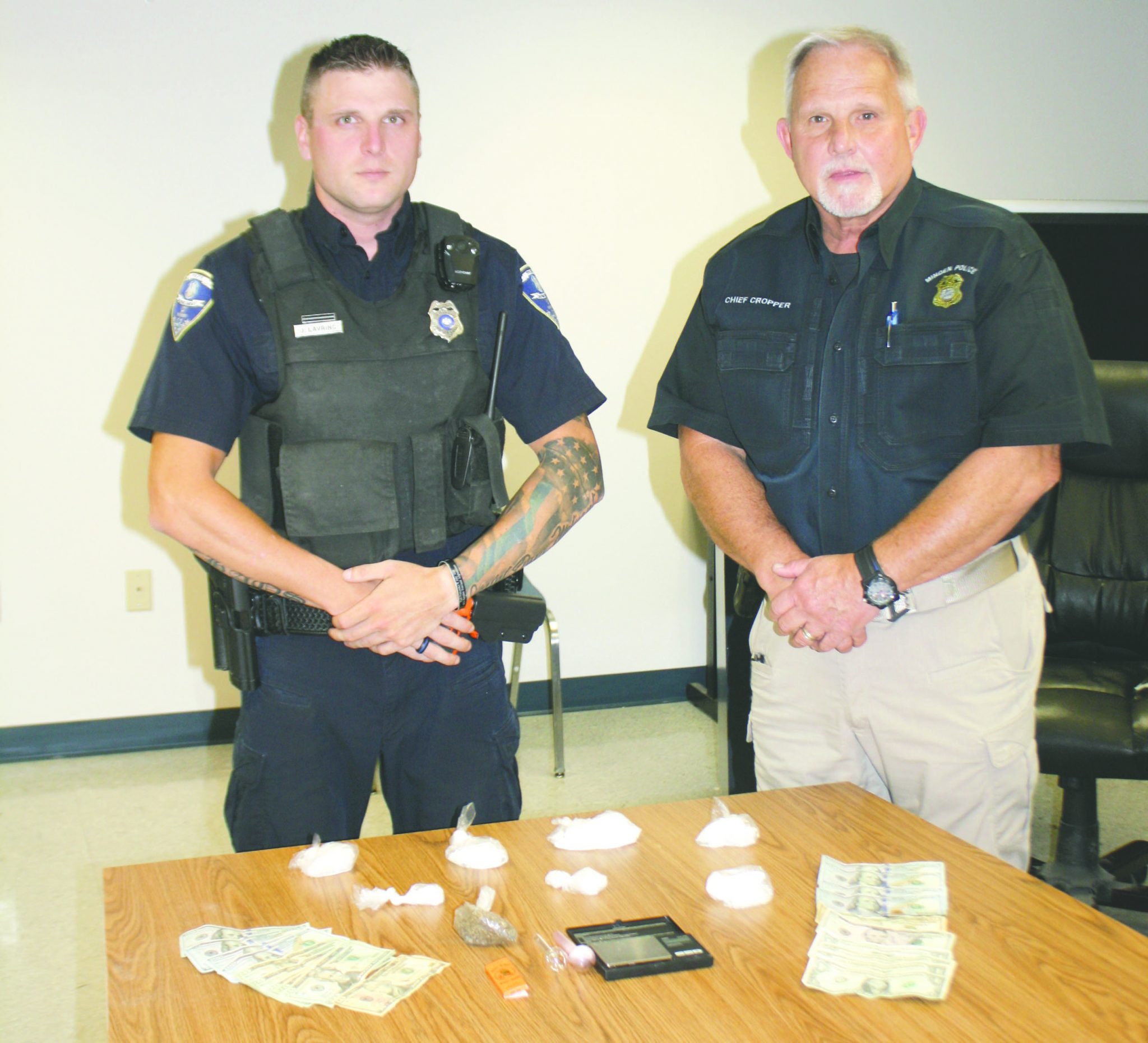 An early-morning traffic stop on Homer Road Friday turned into a drug bust as a man and woman were caught in possession of $20,000 worth of methamphetamines.

Michael Robinson and Teresa Jones, both of Winsboro, were making their way north on Highway 531 in a 2007 Chevy Colorado around 1 a.m. when Minden Police Officer Josh Lavrinc saw the vehicle drifting back and forth between lanes.

“I waited until they crossed Homer Road right by Dixie Paper,” he said. “I initiated a traffic stop and talked to the driver. Seemed like something was off with him, so I had him step out of the vehicle. His attitude continued to get a little more elevated, so before I released him back to his vehicle, for officer safety I patted down his vehicle for weapons within the area he’d be able to reach.”

At this point Lavrinc saw a bag of marijuana, scales, and assorted drug paraphernalia in the vehicle, so he initiated a full search, which uncovered meth found in the back passenger seat, as well as large amounts of cash.

The pair were arrested and taken to the Minden Police Department for processing.