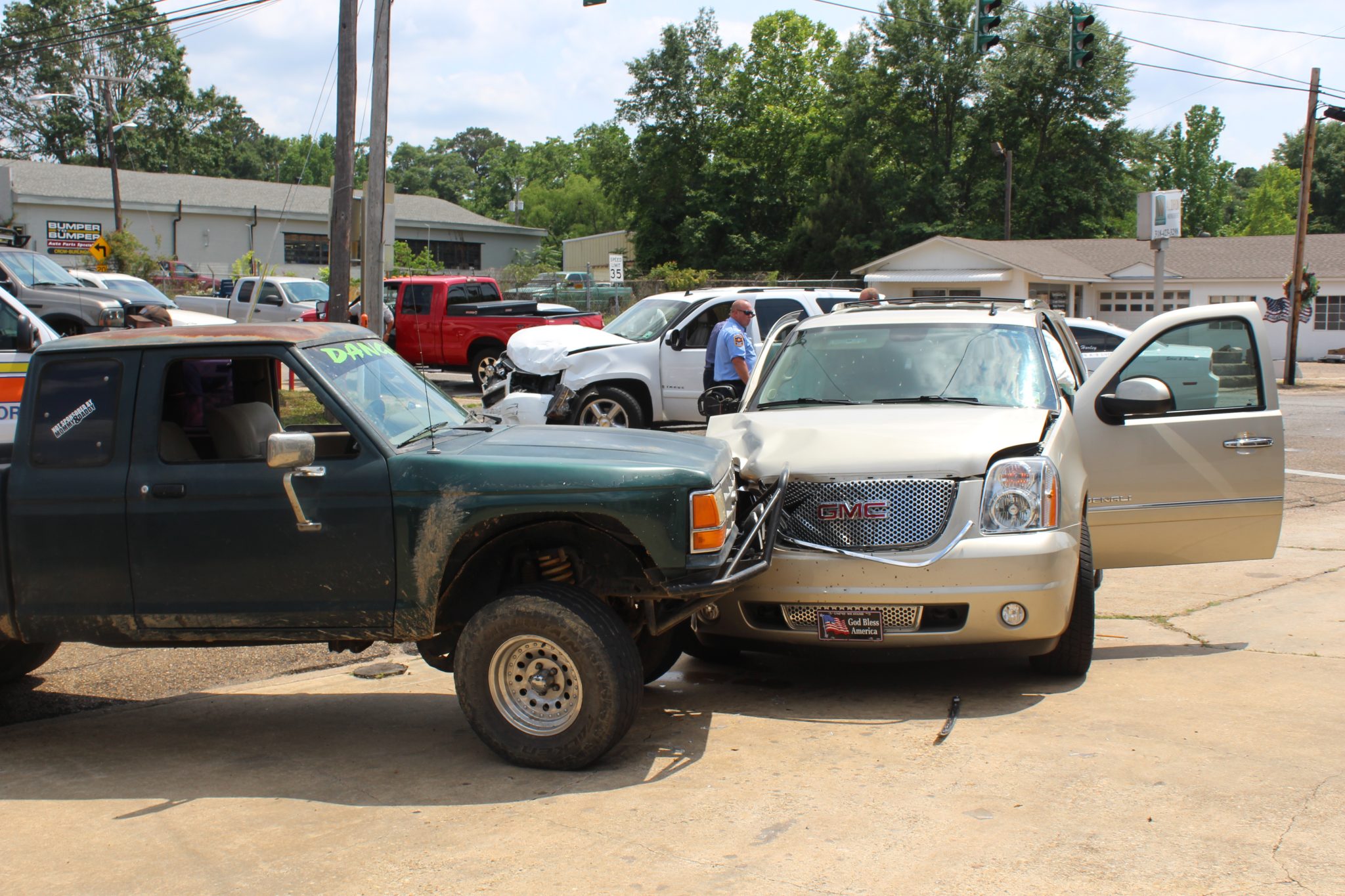 One person was taken to the hospital with possible injuries when a crash at East Union and Sheppard Street occurred. Minden Police say Justine Winters, 30, of Minden, driving a 2013 GMC Denali was traveling north on Sheppard Street when Kenneth Mitchell, 51, of Minden, driving a 2007 Chevy Tahoe ran a red light at East Union Street and crashed with Winters. Winters’ vehicle went through the intersection, police said, into oncoming traffic and struck a 1990 Ford Ranger, driven by Tia Reynolds, 23, of Doyline. No other injuries were reported and no citations were issued.

Minden Police say a crash at the intersection of Germantown Road and Country Club Circle sent one to the hospital with moderate to serious injuries. The preliminary investigation revealed Nancy Blanchard, of Minden, was turning east onto Country Club when she was hit broadside by Dorothy Cox, driving a Lexus SUV. Police say Cox failed to yield the right of way. No other injuries were reported, and as of press time, no citations had been issued.